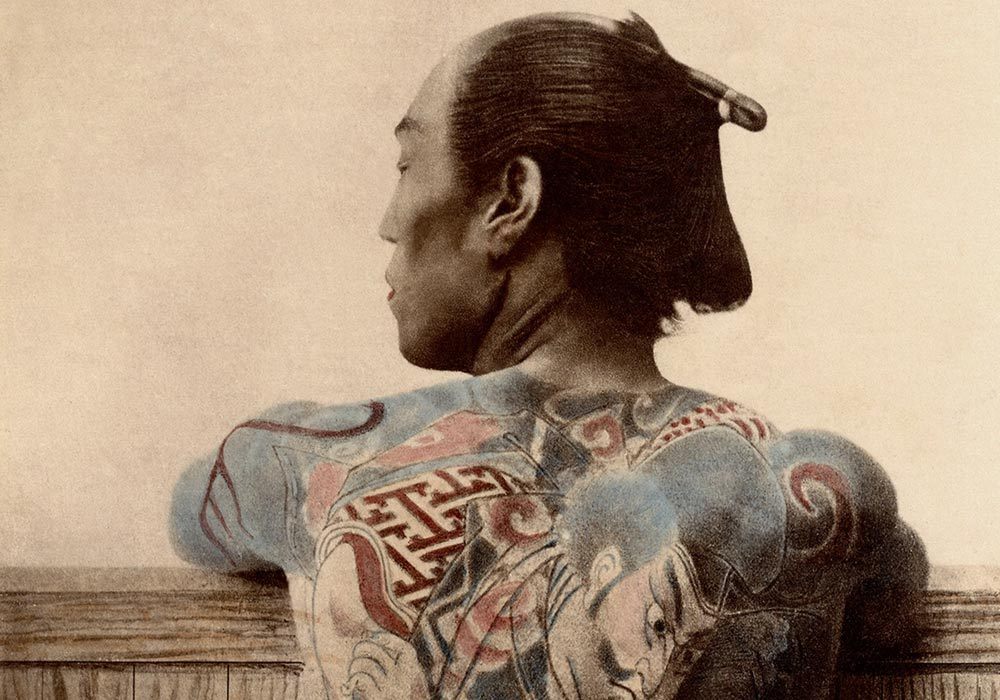 Japan is more than the home of Mt. Fuji and matcha tea. What some people call the world’s most intriguing culture is a global repository of human history, art, music and some of the finest traditional theater in existence. But the land of the rising sun has a dark side, one where the sun does not shine. That world is inhabited by the nation’s criminal underworld organization: the Yakuza.

Unlike any other criminal syndicate, Japan’s Yakuza operates much more like an extended, though dysfunctional, family. There are turf wars, deadly fights among cliques, vendettas, shady business dealings, front organizations and every trapping of a large scale criminal enterprise.

There are also many myths about the Yakuza, perpetuated by Hollywood movies and other Western media. What are the facts and falsehoods about the Yakuza? Here are some of the main fallacies about Japan’s home-grown crime family, dispelled and corrected:

Myth: Yakuza members, like Mafiosi, routinely murder each other in disputes.
Fact: Yakuza members are reluctant to kill, unless their own lives are in danger and they need to do so in self defense. Criminal penalties for murder and attempted murder are harsh in Japan, so even the criminal gangs resort to lesser methods for enforcement. In the Yakuza, that typically means “yubitsume,” or the slicing off of an enemy’s finger. Even within a gang clique, the leader might chop off a portion of an underling’s little finger as punishment for a job badly done, or for speaking to the police about Yakuza business. Further transgressions call for more of the finger to be removed. It is not unusual to see men in Tokyo who are missing parts of their little fingers. These folks are obviously current or former members of the Yakuza (or just very careless cooks).

Myth: The Yakuza are an invisible, 100 percent evil organization.
Fact: Incredibly, and in sharp contrast to most of the world’s other crime syndicates, Japan’s Yakuza have a public face. Nor are they complete and total evil-doers. The crime family publishes a magazine complete with feature stories on its leaders. When tragedy strikes, as with the Kobe earthquake of 1995 and the 2011 tsunami, Yakuza members go all out to deliver supplies to those stranded in the affected areas. This practice is similar to the way the Mafia operated in Italy many years ago. Yakuza gang members might live outside the law 90 percent of the time, but when their fellow Japanese face disaster, the erstwhile criminals pitch in and do their part.

Myth: Anyone who wants to, can join the Yakuza.
Fact: Nowadays, the Yakuza has instituted a careful screening process that includes written examinations. The test measures a prospective member’s knowledge about car theft, laws about bribery, money laundering, and many other subjects that might appear on a police academy entrance test. Ironically, Japanese students and those new to the labor force cannot escape the nation’s seeming fixation with tests and written exams. In Japan, like nowhere else, even the crooks have to cram.

Myth: The Yakuza controls Japan’s tea industry, including the financially lucrative international market for ceremonial matcha tea.
Fact: This myth and others like it surface from time to time. While the Yakuza does not control the tea industry, auto industry, or the tourism trade, they likely have a controlling hand in the lucrative pachinko business. Pachinko is Japan’s semi-legal form of gambling on pinball, and has long been a mainstay of Yakuza profits. Other businesses the crime syndicate either controls or has its fingers in include loan sharking, prostitution, and weapon sales.

Myth: New members are initiated in a bizarre ritual that involves drugs and bloodletting.
Fact: The truth is, a new Yakuza member is most likely to meet his sponsor at a Shinto shrine and drink a cup of sake to cement the bond between himself and the organization. The ritual is considered semi-religious, and sake drinking is a traditional Japanese way of taking a vow. The ceremony is called “saka-zuki-goto,” and involves the new member and sponsor drinking from the same cup.

Myth: The Yakuza have no influence in politics.
Fact: Yakuza influence is rife in Japanese politics. Just 4 years ago, Prime Minister Tanaka resigned when it came to light that he had a very close relationship with the Yakuza. It is an open secret that Japan’s most powerful political party, the LDP, has long and intimate ties to the crime syndicate. In fact, many national elections feature Yakuza members as bodyguards for major candidates and as powerful fundraisers for others. While the “official” position of the Japanese government is that the Yakuza have zero influence in the political realm, the underworld criminal families are deeply connected to Japan’s national and local politicians.

Myth: Yakuza members have no influence outside Japan.
Fact: Actually, several Western nations have begun to crack down on the Yakuza by freezing the organization’s assets and locking them out of bank accounts. New U.S. laws have gone a long way toward stemming a slow buildup of Yakuza influence in California and Hawaii, where there are large populations of Japanese for the gangs to prey upon. Though the Yakuza has nowhere near the international reach of the Mafia or some of the Mexican drug cartels, they are always seeking ways to expand their influence.

Fact, and a warning:
Tourists in Japan are not likely to encounter any Yakuza gang members, but it is good to know how the “bad guys” operate and how to avoid their most common hangouts. Though not as sinister, or lethal, as some of the world’s other criminal syndicates, it is wise for tourists to avoid having anything whatsoever to do with Yakuza members on the off chance they encounter a gang member in a bar or night spot.