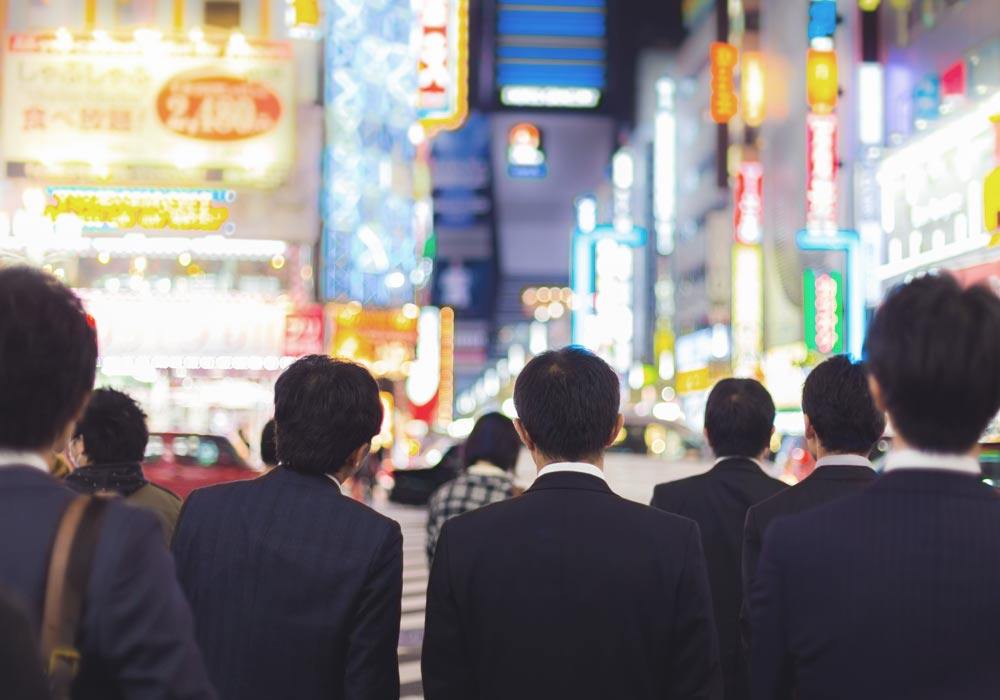 Corporate etiquette is serious business in Japan, where a wrong word or gesture has the potential to condemn an otherwise profitable deal to certain death. Matcha tea and traditional Japanese kimono are not part of the modern corporate world even in Japan’s smaller cities. The corporate scene in Asia’s business capital is fully westernized, at least on the exterior. Underneath is a labyrinth of social customs and rules that date back centuries.

In many ways, the typical Japanese company has two personalities: one for customers and one for coworkers. The outside, “client” face is always smiling, ever ready to meet a customer demand or settle a dispute in the friendliest way possible.

The “inside face” is steeped in complicated Japanese protocols and special forms of speech that would make a mathematician’s head spin. European and U.S. graduate business programs usually teach a course called, “Doing business in Japan,” one segment of which deals with the unusually byzantine interpersonal relationships and dynamics within Japanese corporations.

For non-experts, it is safe to know the general facts about the country’s business etiquette and inner workings. Travelers and tourists are usually in the role of customer, which is a no-brainer because Japanese company reps will go out of their way to please you. Even so, understanding a bit of what goes on behind the boardroom doors, so to speak, offers an edifying glimpse into the heart and soul of Japan. Here are some of the most basic etiquette practices within Japanese companies:

Western business people tend to speak up and “contribute to the discussion” in order to appear outgoing and positive. In Japan, the opposite is true. The Zen concept of open space is the way a typical Tokyo business person views silence. It is common for Japanese meetings to be utterly wordless for several minutes or more, until the lead person decides that enough time has passed. Silence is a way for many Asian cultures to let off a bit of interior steam, by reflecting quietly and letting a difficult moment pass.

Groups are more important than individuals

Japanese workers think of themselves first and foremost as members of a group, not as individuals. This philosophy is 100 percent contrary to the Western way. Rarely is an individual praised by a supervisor; rather, the entire team is credited with whatever the significant accomplishment is. In many firms, raises and promotions are handed out to groups of workers; and production quotas, goals, safety records, and other standard corporate benchmarks are measured according to team performance.

The Japanese treat business cards like gold bricks, and handle them with the utmost care. The culture views a person’s business card as physical representation of the company, something akin to a Eucharist wafer in a Catholic mass. The comparison is apt, and not an exaggeration.

Always receive a business card that is offered to you with both of your hands, and then carefully put it in a card holder if you have one, or in your front pocket, carefully and delicately. Do not slap it into your wallet or purse or back pocket. When giving your card to a Japanese person, present it with both hands and bow slightly. Never write anything on a business card you give or receive.

A Hollywood film entitled American Psycho depicts a group of New York businessmen, many of them mentally unstable, who valued their business cards as Japanese do. The ritual wasn’t the same, but a few key scenes give a sense of just how important a little white card can be to someone ensconced in corporate culture.

Age is not “just a number”

Age is everything in Japanese firms, and anyone dealing with a group of business people should speak and interact with the oldest person first. The rules about rank and hierarchy are infinitely complex, but a helpful guideline is to always look at and deal with the oldest person in any group you encounter in Japan, business or otherwise.

In part due to the immensely crowded cities and business districts, Japanese place an uncommonly high value on personal privacy. Americans and Europeans tend to be very talkative and inquisitive with new friends, whereas the Japanese are just the opposite. Relationships build s-l-o-w-l-y, but tend to be more solid once created. Many a business deal with a Japanese partner has been scuttled by an attitude of rushing and asking too many personal questions.

Gift exchanges are common between Japanese companies and their clients, especially in the early days of a deal. Flowers and cards are the norm, but there are a couple of very important warnings. Because the numbers 9 and 4 are considered universally unlucky, it is recommended to never give anything in these multiples. Likewise, the color red is used as a funeral announcement background, so it is also considered unlucky.

Most company workers carry handkerchiefs or a small box of tissues at all times. The Japanese never blow their noses in public. Doing so is considered highly unsanitary and rude. Because cities are so densely populated in Japan, personal hygiene is of great importance. Covering one’s mouth when coughing or sneezing is absolutely necessary, whether in a business setting or not. Clean hands and clothes are noticed and appreciated by the Japanese to an almost unusual extent. Cleanliness, moderation and hygiene are among the pillars of corporate etiquette in the typical Japanese company.

Travelers who have little interaction with corporate workers during their stay in Japan will do well to become familiar with the above guidelines; because they apply to a good number of personal interactions as well.

The traditional pleasures of Japan, like matcha tea and hot mineral baths, are a far cry from the more clinical business culture that dominates the large financial centers of Tokyo, Osaka and other mega-cities in Japan. In a nation that prides itself on manners and proper social etiquette, everyday businesses and major corporations are no exception. Behind the reflective glass exteriors of Japan’s massive skyscrapers, bowing and saying the right thing at all times are ancient arts that live on.