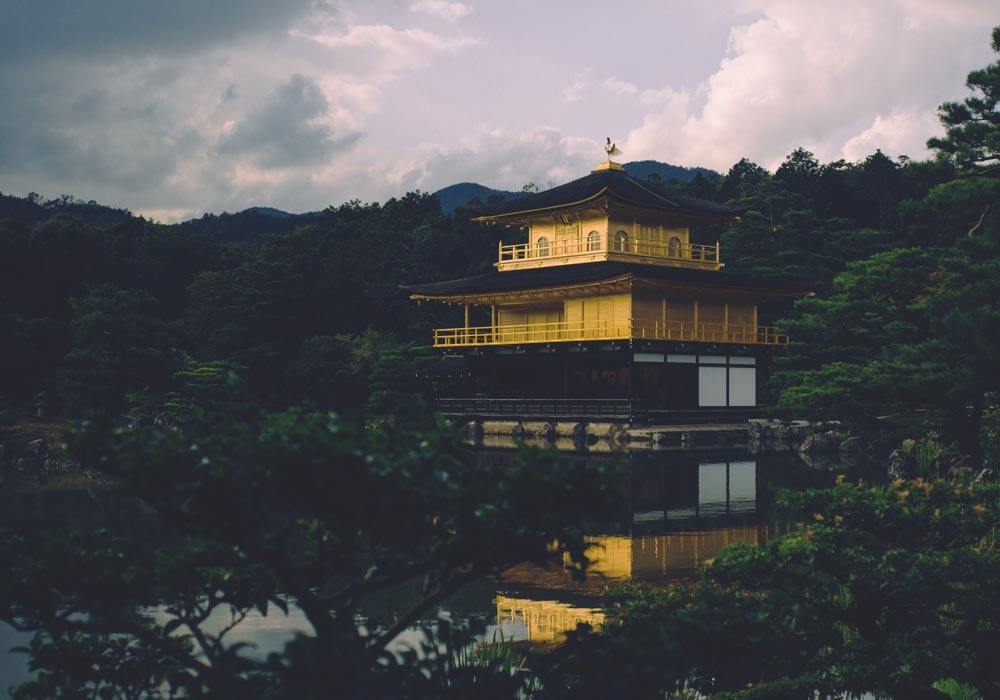 Officially known as Japan’s “historic” city, Kyoto has become one of the top travel destinations in the world. In fact, some neighborhoods give one the impression of being lost in a time warp from the year 1700 or earlier; the buildings, street scenes, and pedestrians include the occasional white-faced geisha-in-training. Those who have spent time in Tokyo immediately sense the difference between Kyoto and the rest of Japan’s major cities.

Many Westerners immediately fall in love with the place and return year after year on vacations, or for longer study trips or Buddhist retreats. Unlike any other Asian city, Kyoto has retained its past and somehow kept the flavor of the old world alive through two major wars and amid a modern storm of technology and internationalism. In Kyoto, for instance, once can still sip matcha tea while attending an authentic tea ceremony, or watch young geisha women go about their daily business in serene silence.

Here are some of the highlights of a trip to Kyoto. A few are among tour book favorites, while others are either unknown to outsiders or rarely visited by the tour-bus groups.

There are two off-the-beaten-path activities that every traveler should consider when visiting Kyoto. The first is a visit to one of the many craft stores along Kawaramachi Dori and Shijo Dori. It doesn’t take much navigation once those two streets are located. Every taxi driver in the city knows where they are.

A smattering of Japanese language skills can help enormously in situations like this. All one need do is ask a cab driver or craft store owner where a nearby ryokan is (phonetically: “Reo-kan wa, doko des ka?”). These are the lovely little hotels, many of them in business for hundreds of years, that dot the craft area. Because many of the shop owners or a random customer will know a bit of English, asking where a local ryokan is can be the perfect way to find a place that is not in the tour books. These little inns are disappearing as time goes by, so those who want to get a taste of old Kyoto should plan a trip in the near future. Nothing lasts forever, especially the misty side-streets of old Japan.

Anyone interested in Buddhism or vegetarian restaurants should visit eastern Kyoto, particularly the district known as Higashiyama-ku. Again, merely uttering the name of the district to a cab driver will get you there. Once on the street, you’ll be within walking distance of at least a dozen famous Buddhist temples and some of the best vegetarian cooking in the world.

There are also crafts for sale here, particularly pottery done the old fashioned way, by hand. Buying a pot that was crafted by a Japanese pottery master can be one of the best items to bring back from a trip.

To avoid breakage or theft, it is highly recommended to ask a Japanese person where you can have the item packed and shipped directly home. There are all sorts of little shops in the district where that service is offered for a reasonable fee, plus shipping of course. A well-crafted pot from old Kyoto makes for a nice family heirloom and an incredible memento of the trip.

Gion (pronounced gee-on, with a hard g and a long o, to rhyme with the English words “tea” and “own.”)

Gion is also on the east side of town, and is the home to some of the last remaining geisha houses. Unless one is wealthy and connected to a long-standing member of one of these exclusive clubs, entry is impossible. But, the Gion district holds other charms besides the geisha houses. For one thing, it is the home of some of Japan’s most famous private homes, beautiful structures that are unique works of architecture.

A stroll around the streets of Gion is a must for any traveler who appreciates Japanese history and culture. There is, literally, no other locale in the entire country that boasts such a rich past. An hour or so at a sidewalk restaurant is time well spent; many geisha-in-training appear on the main streets as they run errands for their mentors. The young ladies are easy to spot, with their powder-white faces and opulent kimonos.

Occasionally, a full-fledged geisha, minus the white makeup, can be seen furtively darting here or there, preparing for a night’s festivities at the main geisha house. It is considered quite rude to photograph or attempt to speak with the geisha, but the trainees, called maiko, are accustomed to tourists saying hello to them in any number of languages. Don’t be surprised if they reply to you in your native tongue, as the maiko and geisha are highly educated and often speak several languages fluently.

Mostly residential, the north sector of town does contain a few must-see gems of Japanese history, like the Temple of the Golden Pavilion (which the Japanese call Kin-ka-ku-ji), Kyoto Imperial Palace, Kyoto’s Zen rock garden, and the enchanting Ryoanji temple. Those who are willing to do some walking and are good at navigating via device or paper map will do quite well in Kyoto’s zig-zag neighborhoods and cavernous layout.

Ironically, Japan’s most historic city is the international headquarters of Nintendo; the city itself is known for its information technology industry and modern economy. With a population of 1.5 million, however, Kyoto is two things at once: an historic center that carries the past into the present, and a modern-day tech metropolis with one foot firmly in the future.

Kyoto is not merely a repository of ancient artifacts and traditional neighborhoods. It has a modern side, a financial district and modern amenities. But behind all the glitz it is unlike any other metropolis in Japan. The old ways survive and thrive. Kabuki theater, matcha tea ceremony, geisha culture and calligraphy schools are survivors from an era that ceased to exist a hundred years ago elsewhere. If any single locale in Japan captures the imagination of outsiders as Kyoto does, no one has found it yet.