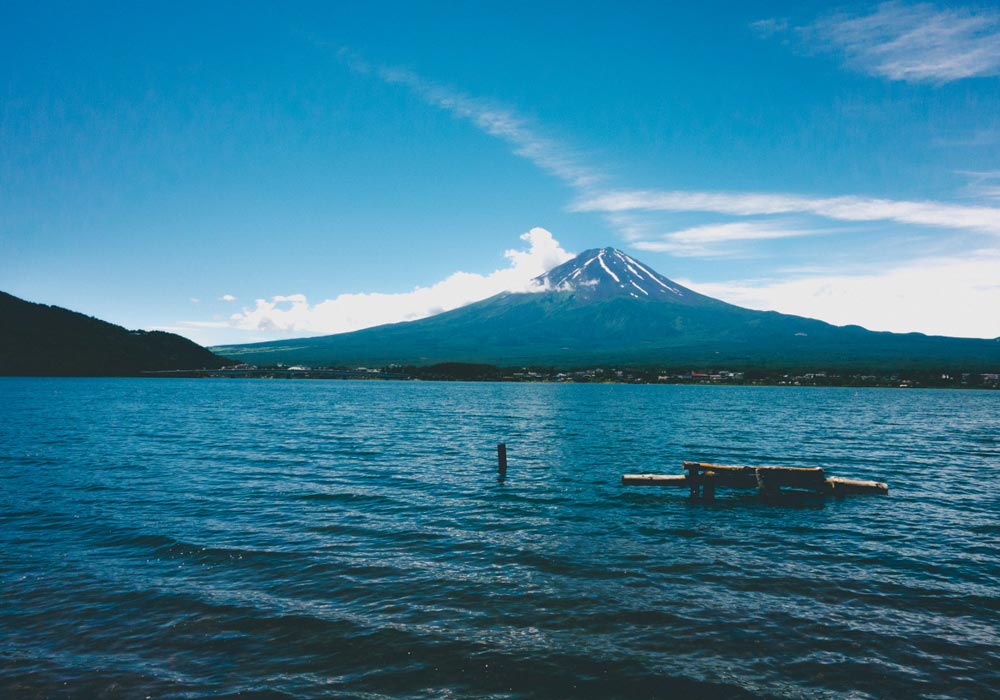 Surprisingly few Westerners ever make a trip to Japan, but the ones who do never seem to stop talking about what they saw and did while there. For non-Asians especially, the culture shock factor is unforgettable, as is the sublime beauty of Japan. Whether tasting a warm cup of matcha tea or exploring the backstreets of Kyoto, a tourist in Japan faces a rich palette of experiences that leave a strong trace on the memory and a warm feeling in one’s heart. Here are some of the can’t-miss things to do in Japan on a first trip:

The Imperial Palace: The tours are given in Japanese only, but are a unique look at where the Emperor lives. There are nearby shops that sell English transcriptions of what the tour guides say, so if you want to do a bit of light reading before a tour, you’ll understand what the guide is saying.

Meiji Shrine: The most historic and important religious shrine in all Japan. A great way to get there is to follow the wooden pathway which winds through nearby Yoyogi park. On most weekend days, you are likely to witness a Japanese wedding procession passing by. This one is not in the guide books but is one of the best attractions in Japan’s largest city.

Hachiko statue in Shibuya train station: Arguably the world’s most famous dog, Hachiko was a loyal pet who returned to the station for months after his owner died. There have been several movies made about the good hearted hound, and a bronze statue at the station marks the spot where he used to sit and wait each day.

The ruins of Edo Castle: One of the most historic buildings in Japanese history still exists, in ruins anyway. Intrepid explorers who visit the East Gardens at the Imperial Castle park can find stone staircases and foundation pieces of the once mighty Edo Castle. It’s like being allowed to wander around behind the cordons at Stonehenge.

Quickies: Here are four fast “bucket list” items that are easy to do on a lazy afternoon in Tokyo:

1. Walk through the intersection at Shibuya Crossing, the nation’s most famous, and busiest, street.

2. Ascend to the observation platform at Tokyo City Hall and view the streets below. On a clear day, Mt. Fuji is visible.

3. Go to the Ginza shopping district and wander amongst Japan’s biggest, most famous, and priciest stores. If you’ve ever seen a movie shot on location in Japan, then you’ve seen the Ginza from afar.

4. Visit the Ueno Zoo and see the resident panda bears, Lili (the male) and Shinshin (the female).

Feed the deer in Japan’s ancient capital, Nara: The “wild” deer are actually quite tame and friendly. So unlike Tokyo’s urban landscape, Nara is a gorgeous ecological gem of a city, and a treasure trove for history buffs.

Climb Mt. Fuji: Technically not in Tokyo, the trip to Mt. Fuji does begin there. Take the train from Shinjuku station to Mt. Fuji’s fifth level and walk the rest of the way up. Budget about 5 hours to do so and the reward is well worth the effort. Japan’s tallest and most scenic peak is one of the world’s most famous mountains. The top is more than 2 miles high.

Himeji-jo Castle: The oldest and most famous castle in Japan, and featured in more than 100 films, the castle dates to the late 1500s. Self-guided walking tours are unforgettable experiences. It’s like looking directly into Japan’s history, conversing with shoguns, ninjas and geishas all at once. An incredible experience. Taking a trip to Himeji just to see Himeji-jo Castle is worth the time and expense.

Ride the Japan Express Train from Osaka to Tokyo: Yes, back in Tokyo again. But a visit to Osaka should be on every traveler’s itinerary.

Peace Memorial Park in Hiroshima: The Japanese have constructed a fitting memorial to those who died in the world’s first series of atomic bombings. The serene atmosphere contains a rare stillness that is present nowhere else in Japan. Millions of locals visit the memorial each year, and though it’s a bit off the beaten path for most tourists, the trip is a must-see for anyone who truly cares about human history. A half-hour in the memorial gardens contemplating what this place represents, and the 80,000 souls who instantaneously perished here, can be a life-changing experience.

Kiyomizu-dera Temple: Nearly 1,300 years old, this Kyoto gem of a structure on the eastern outskirts of Kyoto is an independent Buddhist temple. The name means “clear water,” and the structure itself was built around a nearby waterfall. Legend has it that drinking the water or jumping off the 13-meter stage will cause one’s wishes to be granted. In the past, several people have died jumping off the stage, but no one has ever had a problem with the water! One of Japan’s most scenic locations, and most popular among Japanese travelers, the Kiyomizu-dera Temple is a world historic monument.

Dogashima hot spring: Located on one of the true vacation wonderlands within Japan, and very popular with the locals, Dogashima boasts a hot spring, some tiny, rocky islands that jut straight up from the ocean, and the best beach culture in Japan. Non-Japanese seldom venture here, so if you make the trip, consider yourself lucky. The scenery, the warm water and the people who live nearby are incredibly wonderful.

The country that made matcha tea famous is one of the last unearthed gems of global travel. For anyone who has never seen it, Japan holds riches beyond description. Beneath the glitzy cityscapes and hustle-bustle of modern business life, the place that Japanese call Nihon is a deep repository of human history, ancient secrets, and esoteric knowledge. After the mandatory tourist stops, travelers to Japan would do well to take a peek beneath the surface. The dichotomy called Japan is like no other place on earth.