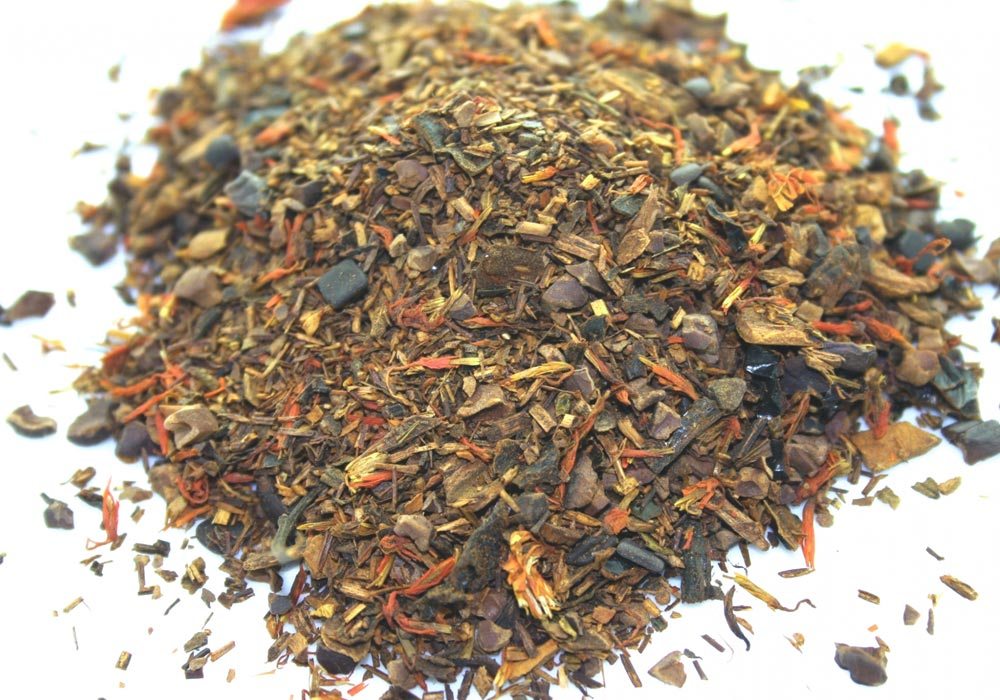 When tea enthusiasts are in deep conversation, rarely does anyone mention Mexico and its long history of herbal tea drinking. What began centuries ago in Aztec culture as medicinal drinks, modern herbal teas are still quite popular in modern Mexico. Today, though, they are consumed more for pleasure than their curative properties.

Poleo is the matcha tea of Mexico

Though purists contend that herbal drinks are not, technically, teas because they don’t derive from the camellia sinensis plant, Mexico is well known for a drink called “poleo” that comes from a local spice plant. What matcha tea is to Japan, poleo is to Mexico, a famous export and local favorite that is packed with antioxidants.

In Mexico’s better restaurants and clubs, coffee is still the king of hot beverages, but tea is gaining in popularity partly because of the influence of the country’s neighbor to the north, the U.S. Much of Mexico’s economy depends on U.S. and Canadian tourism, and catering to those tastes has meant that almost all the big resorts now offer iced and hot tea drinks from around the world.

In fact, in the vacation playgrounds of Mazatlan and Cabo san Lucas, the hotels have recently begun offering a handful of matcha and other green tea mixtures on their menus. One that turned up in a popular beach resort this summer in Mazatlan is called “Tea-quila Tokyo,” and features a unique blend of matcha tea and authentic Mexican tequila served hot (see recipe below). Proof, no pun intended, that the world is truly becoming a very small place.

Visitors to Mexico who are unfamiliar with the local herbal drinks need to exercise caution, as many of the Mexican herbal teas are strong medicine, especially those made from damiana leaves. Like other medications, some of these drinks can be dangerous if taken in large quantities or if you are allergic to the herbal base.

Other Mexican herbal teas that are made from mint and lemongrass, like the famous “limon,” are mostly harmless, taste pretty good, and serve a dual role as both a tasty tea and a treatment for stomach aches. The entire family of Mexican mint teas is closely related to yerba mate.

What the British and Americans call “hibiscus tea,” is called “agua de Jamaica” in Mexico. If you wander around the streets of Mexico City or even Guadalajara on a hot summer day, you’ll no doubt notice the locals drinking either a bright red iced drink or a cold brown one from a bottle. The red concoction is agua de Jamaica, which the Mexicans love to pack with sugar and ice.

The bottled brown drink is called “chocolate tea,” but is actually not a tea, but an extremely popular beverage in South and North America called champurrado. It’s also making a splash in the U.S., particularly in California and Arizona. Champurrado is a special blend of corn masa, lime, water, milk, cinnamon, and sometimes anise or vanilla. It’s a heavy drink that is often served with tamales. During the holidays and religious celebrations, people often add alcohol to champurrado. It dates back to ancient times and is thought to have originated with the Mayan culture.

Ole! Make your own Yerba Buena and Tea-quila

All it takes is a short trip to Mexico and most tourists fall in love with champurrado, poleo, and yerba buena after one taste of these traditional, local favorites. For those who can’t make the trip this weekend, here are some quick and easy recipes for yerba buena and the latest Mex-Ameri-Japanese tea known as Tea-quila (created by Mexican hotel owners for U.S. tourists who want matcha tea drinks!).

Poleo is available in bags like regular green and black teas, so there’s really no recipe for it. Ironically, the only one of the three that contains real tea is Tea-quila, which can be made with as much matcha tea powder as desired, and preferably just a shot or less of the Mexican rocket fuel otherwise known as tequila. Here are the recipes:

Crush about two tablespoons of dried leaves of yerba buena for each cup of tea you want to prepare. Boil the leaves directly in the water for about 30 seconds. Remove from heat and let the mixture steep for a half hour. Use a strainer to remove the leaves and it’s ready to drink. If you buy or grow your own leaves, make sure to let them dry completely before using them in the tea. Fresh leaves must be picked and allowed to dry for at least two weeks before they’ll be good enough to use. Most health food stores, farmers’ markets and some grocery stores sell the leaves either fresh or already dried. They’re not expensive and can even be ordered online if you have no local source.

Adults only! This is a powerful drink. Urban legend (in California and popular Mexican resorts) has it that the matcha tea in this fire-bomb of a drink actually helps to prevent a hangover. In any case, it’s dangerously easy to make. Here’s how:

Prepare about 6 ounces of matcha tea and pour it into a large drinking mug, not a bowl. Add 2 ounces of tequila. Squeeze one lime into the mixture and add 2 tablespoons of honey. Hide your car keys, appoint a designated driver and enjoy this odd, but incredibly delicious, mixture of old Japan, modern Mexico and happiness.

Mexico is a coffee country, but it does have a tea culture of sorts if one considers herbal drinks fair game. One of the greatest things about Mexico is that it is a nation that absorbs cultural influences from both south and north. Whatever is popular in the U.S. or Canada quickly makes its way “south of the border.”

The same goes for Latin American and South American cultural trends, which naturally seep north and make their way to Mexico City and elsewhere. Anyone lucky enough to spend a few weeks in Mexico is always in awe of the country’s size, rich history, friendly people, breathtaking scenery and of course the fantastic food and drinks. Champurrado, poleo and yerba buena mint teas alone are worth a trip to the Jewel of the Pacific, Mexico.