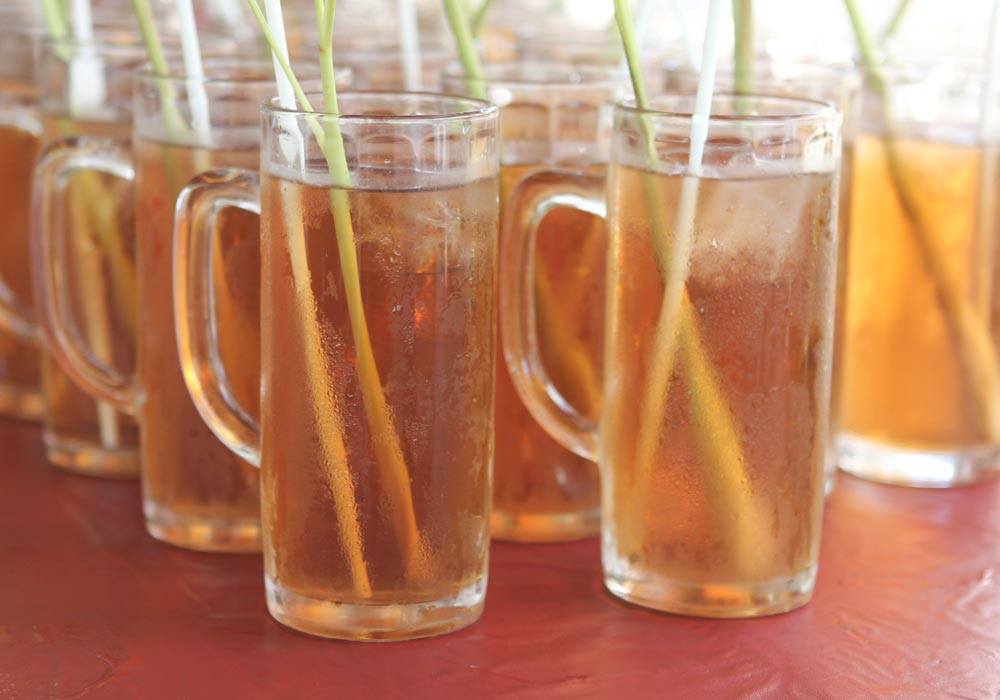 Tea drinkers in the U.S. consume most of their tea cold, while the rest of the world seems to prefer it hot. But even within the U.S. and in “hot tea” countries, people make the case for one or the other, often repeating urban legends and misinformation about the comparative benefits of hot and iced tea. What are the facts? Is iced tea, as its detractors claim, just a watered-down version of the real stuff? Or, as iced tea supporters say, is there more to the cold stuff than meets the eye?

Processed, so-called “convenience teas” that you purchase in retail stores are lower in antioxidants than teas you make yourself. Whether hot or iced, homemade tea is almost always the more healthful choice. Processing destroys many of the chemical compounds that make tea good for us. In addition, many convenience teas have not been prepared with boiled water and were never steeped long enough to extract the good stuff from the tea leaves. So, when in doubt, make tea at home.

Antioxidants are tricky little things. They are not all absorbed by the human body, for one thing. For another, they are finicky in several odd ways. It appears that shaking a liquid vigorously, as some people do when they make iced tea, helps release more antioxidants into the water. At the same time, putting lots of ice in tea causes the drink’s caffeine to bind with the antioxidants and renders both caffeine and antioxidants less bio-available. In other words, packing you tea drink with ice is likely to cut down on the healthful effects of the beverage.

Finally, the really good news is that no matter how you like your tea, hot, cold, with ice or without, there are still very high levels of polyphenols and other nutritious antioxidants in it when compared to standard fruits and vegetables. The fact is that tea is just an all-around fantastically healthy thing to drink.

Is hot better than cold?

There’s plenty of misinformation floating around about the advantages of hot tea over iced. The bottom line is this: you’ll still get the key benefits even with iced tea as long as you steep it first in boiled water. And it’s okay to drink it hot, or just let it cool in the refrigerator and then serve it over ice. Be sure to steep it for at least two or three minutes.

As for bottled iced teas sold in retail stores, many are not steeped in hot water first, so will definitely lack the polyphenols that are the major selling point of teas in general and green teas in particular. Note, however, that hot tea does hold more of its original caffeine content, much of which is lost when the tea becomes cold.

One other thing to remember is that people tend to add lots of ice in order to cool the tea down, and this dilutes it considerably. So, you might have to drink more iced tea to get the same amount of antioxidants that you would get from a more concentrated cup of hot tea.

Matcha tea makes a flavorful iced tea, and it’s simple to prepare. If you like it tart, use a bit of lime or ginger. Fans of sweet matcha can add honey or sugar. Start off with 16-24 ounces of cold water and several ice cubes. Add two teaspoons of food-grade matcha tea and the lime, ginger or sweeteners of your choice. Put everything into a small pitcher or shaker and make sure the lid it tight. Shake, shake, shake for about a minute (the shaking will help completely dissolve the tea). Strain and pour over ice for an incredible iced matcha treat!

If, as described above, you want to brew your matcha with boiling water first, that works too, and will possibly deliver a higher antioxidant dosage. Either way, iced matcha tea is a delicious way to start or end your day.

Putting tea bags in a jar and letting them steep in the sunlight seems like a fun, natural idea. The fact is that so-called “sun tea” is a breeding ground for a bacteria called alcaligenes viscolactis. The problem with sun tea is not the tea itself, but the fact that people only heat it in the sun and then drink it without ever boiling the water. Water for tea, if not boiled first, needs to be refrigerated to prevent bacteria from growing. If you want to enjoy a drink like this, try making “frig tea” instead. Pour about one quart of cold water into a pitcher and add six tea bags. Let the brew steep in your refrigerator overnight or for about six hours. When it’s ready, remove the tea bags and serve your frig tea over ice and with whatever sweetener (or not) you prefer.

Even U.S. tea drinkers know a good thing when they see it, and matcha tea is no exception. When matcha tea first started showing up in U.S. retail stores and coffee shops several years ago, it was almost uniformly served as a hot beverage. Once the iced tea crowd got hold of it, they figured out ways to create all sorts of matcha iced drinks, energy drinks, and “power water,” which is what joggers call a gallon of water that is mixed with a teaspoon of matcha tea and a bit of lemon juice.

Iced tea and hot tea can and do carry different nutritional profiles depending on their preparation methods. But anyone who wants to make iced tea that is just as healthful as the hot version can easily do so. The two most important tricks seem to be not watering it down and not letting it sit too long in the refrigerator. Whether you enjoy yours hot or iced, there’s really no other drink that combines the taste and nutrition of tea.

The moral of the story is that tea prepared in boiling water and then steeped will usually contain more of the healthful nutrients that tea is known for. Iced tea will do the same as long as it’s prepared hot first, and then cooled down. But when you venture into the store and purchase bottled teas, you’re not guaranteed to be getting the same antioxidant levels you would with the homemade brews.