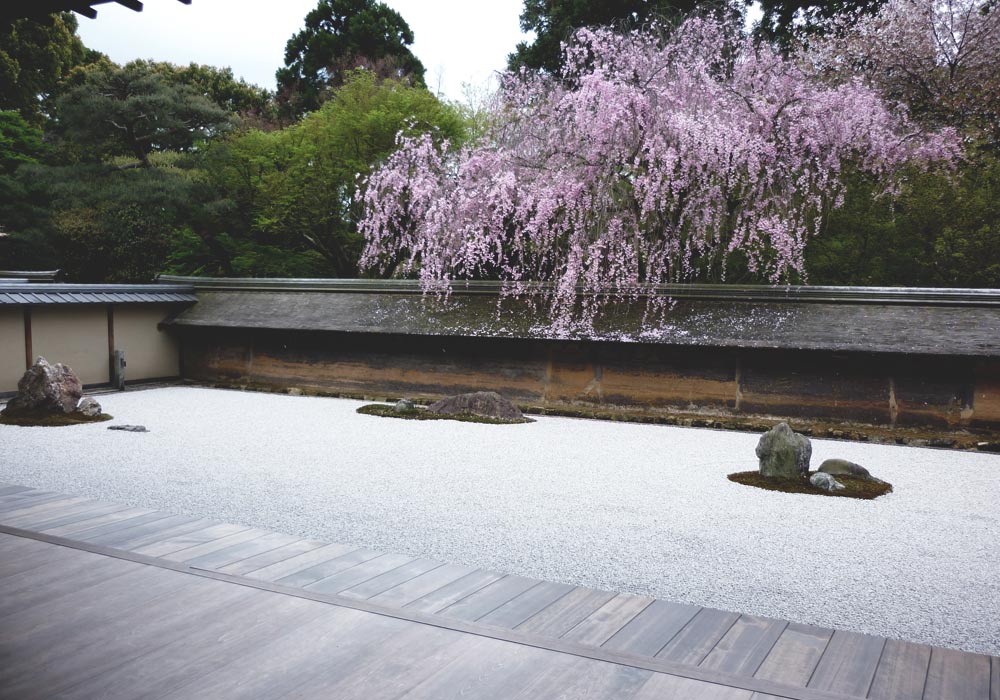 The serene beauty of Japanese gardens is one of the truly unique things about the Land of the Rising Sun. Each year, countless tour groups set out from the Europe, the U.S., South America, Australia and all points in between to visit the gardens of Japan. The country famous for sushi, matcha tea and rice cakes is also home to some of the most gorgeous gardens in the world.

Indeed, several of the country’s experts on the topic are world famous, routinely traveling the globe to show others how to turn even the driest, rockiest landscapes into modern-day Edens, replete with Zen-inspired designs and hidden alcoves.

Make no mistake: The Japanese took the concept of garden design from the Chinese centuries ago and developed into their own unique form of high art. Perhaps nowhere else on earth is the creation of beautiful gardens treated as a sacred craft, one that simultaneously represents Japan’s history, culture and its love affair with Zen Buddhism. If there is one over-riding principle to the art, it is the principle of “nothing left to chance.”

Here are some of the central concepts that dominate the creation of a Japanese garden. Amateurs in the West and elsewhere who wish to study the craft would do well to keep the following ideas in mind, read up on the history of Japanese gardening and take a class or two to learn the principles firsthand.

Background
As with so many other aspects of Japanese culture, the fine art of gardening originated in China and was stylized over time into a uniquely Japanese form. Along the way, core tenets of Zen Buddhism intermingled with the craft and development of Japanese gardening.

Basics
Most of the older gardens in Japan fall into one of seven basic types: There are the so-called Zen gardens, where rocks are the central feature and meditation is the purpose of any serious visit. Keepers tend to the white sand in order to make it look like rippled water. Various Zen meditation subjects are often built into the subtle design.

Tea ceremony enthusiasts know the second type of garden, called roji. The rustic and simple areas are where visitors can find tea houses amid carefully tailored landscapes that seem to inspire serenity and peace.

The third style is called the promenade garden, or stroll garden. These gardens usually have a path that is to be traversed clockwise. Designers of stroll gardens hide all kinds of surprises for guests to discover on their own, like tiny alcoves and miniature waterfalls. City dwellers are most familiar with what the Japanese call tsu-bo-ni-wa, or courtyard gardens. Rounding out the seven basic styles are the pond garden, hermitage garden and what is usually called the paradise garden.

Zen gardens
Originating in the 14th century, Zen rock gardens have something of a secret, esoteric history. Zen Buddhist monks use the design of the sand and rocks as a tool for deeper meditation. It is said that the full effect of a Zen garden can only be felt from the porch of the nearby residential hut. The monk who popularized the Zen garden is considered a master of the craft. Muso Soseki was his name and he is responsible for at least five of the most famous gardens in Japan, all of which are in Kyoto.

Roji
The roji, also called tea gardens, employ another meditation technique. Because these areas are specifically created for tea houses, they are intended to cleanse the mind of guests who are soon to enter the tea house. After waiting in an outer garden for the call to come in, guests walk through a gate and are then able to view the roji garden, which includes a moist, green path that helps focus attention. Notably, there are no colorful plants or flowers on the path. That way, distractions are kept to a minimum and guests can mentally prepare for the ceremony.

Pond gardens
The ancient pond gardens no longer exist except as replicas. They contained large bodies of water and sometimes small islands where guests were entertained by musicians and could view statues of the Buddha.

Paradise gardens
These gardens contained a small island with a Buddha statue that sat upon a platform and gazed down at the visitors. An early type of worship center, only one original paradise garden remains in existence. It was constructed in the year 1053 near Kyoto.

Promenade gardens
Among the most popular of all styles, promenade gardens feature carefully designed scenes that often depict famous moments in Japanese history or literature. Designers use clever techniques to hide each special scene until the visitor is ready to approach. Walkways are designed for clockwise tours and in the center of the garden is usually a private home or guest house.

Tsubi-wa (Courtyard gardens)
These tiny areas are meant to be seen rather than entered. They consist often of just an ornamental lantern and a rock path. Shopkeepers usually have a small courtyard garden in the rear of their building for viewing purposes only.

Hermitage gardens
Much larger than tsubi-wa, hermitage gardens were built by famous, wealthy samurai when they retired and wanted to lead a more contemplative life. A private house stands at the center, with a large garden that is approached via a winding path. Along the path are many of the other components of typical Japanese gardens to lend a feeling of being in the woods or in a remote location. There are several famous hermitage gardens in Japan and each gets its share of foreign and local tourist traffic each year.

Gardens abroad
Japanese gardens are popular all over the world. Many European countries as well as the U.S. have numerous examples of classic Japanese garden styles. In the U.K., there is the Kyoto garden within Holland Park in London. In Phoenix, Arizona, USA, the Japanese Friendship Center features the famous Ro Ho En Japanese garden that covers more than 14,000 square meters and contains a tea garden and a full-scale tea house.

For tourists in Japan who sip matcha tea while touring a famous rock garden outside Tokyo, or while meander through a jungle-like Kyoto forest-garden during the rainy season, there is no better way to experience the magic that is Japan.