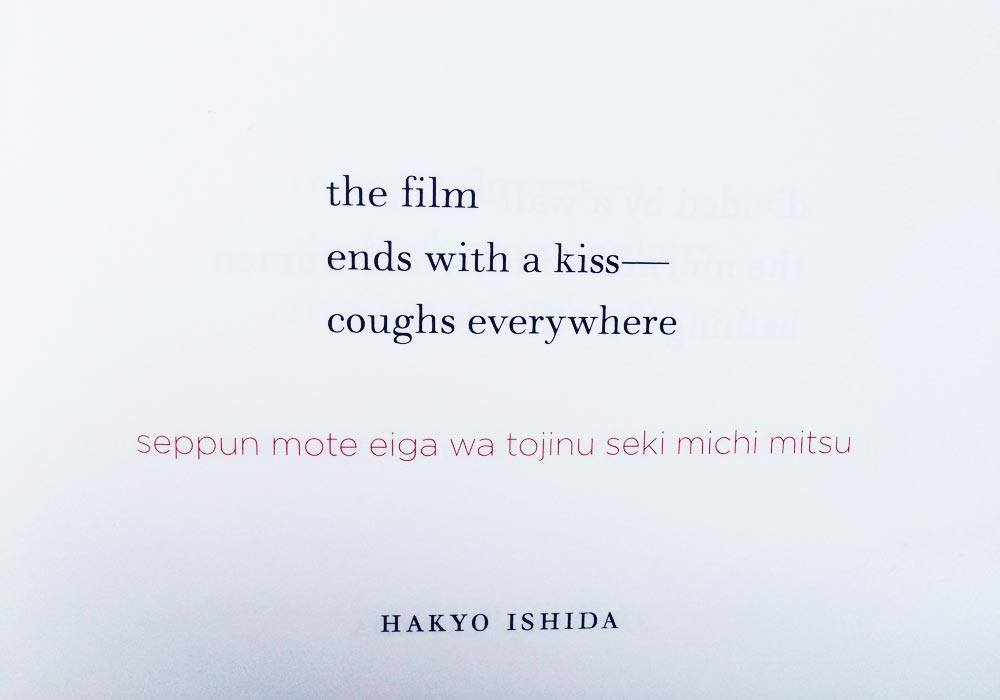 In the mid-1600s, Japanese poets began experimenting with 17-syllable verses as stand-alone poems called hokku, later renamed as haiku. These classic writings have withstood the test of time and are now among Japan’s best-known contributions to the Western world, along with Kabuki drama, matcha tea and wood-block prints.

Compared to many other types of Japanese poetry, haiku is actually a rather new form. The pantheon of classic masters includes names like Shiki, Issa, Buson and the greatest of the greats, Basho. Even though Shiki is the person credited with coining the term “haiku,” most historians consider Basho to have been the most influential and accomplished of all practitioners.

Basho was a devout follower of Zen Buddhism, and spend years of his later life traveling the length and breadth of the Japanese islands. During his journeys, he alternately lived alone and with others, varying his daily routine and mapping out diverse itineraries for his lengthy walking explorations.

During the times when he lived in total isolation, Basho contemplated the mysteries of nature and humanity, as well as the afterlife and other spiritual topics. As a result of these personal experiences, he created the unique poetic form called haiku. It was and is a simple, direct response to an inner calling to describe what one sees, thinks and feels.

Natusme Soseki is one of the most famous of all Japanese haiku poets. He composed what some refer to as the best-known haiku of all time.

Over the wintry
Forest, winds howl in rage
With no leaves to blow.

Contemplate Soseki’s work for a moment after reading it aloud (as every haiku should be read), and notice the natural setting, the strong impression of cold, noisy wind, and the bleak scene created by the leaf-less, frozen forest image. This is classic haiku at its best.

Syllables: Like other Japanese literary forms, haiku has a deliberate structure that calls for a specific number of syllables and lines in each work. While rhyme is absent in haiku, except by accident, the three lines contain 5, 7 and 5 syllables, respectively.

Minimalism: There is not much room for lengthy description in such a shortened format, thus haiku relies on strict simplicity of phrasing and careful word choice. This simple and concise structure is one of the reasons that haiku has become so popular all over the world, especially in English-speaking cultures.

Imagery: With few exceptions, imagery is the sole technique that haiku poets use. Most works contain just one image but attempt to engage all the senses with expressive, dynamic vocabulary. In traditional haiku, writers almost always used nature as a subject, but modern poets use any number of topics as a backdrop for their scenes.

Memory: The best haiku poems make an indelible mark on one’s memory. Even when we cannot recall the specific words, the image remains, as in the Soseki example above. How could anyone read and contemplate the image it creates and then forget about it? The human mind seems to be more impressed by physical scenes and sensory impressions than mere words on a page. That’s part of the everlasting magic of haiku.

Punctuation: Unlike most Western poetic forms, haiku has no use for punctuation unless the author wishes to use it. Nor are there any set guidelines for sentence structure or rhyme (aside from the syllable count).

Warm up: Before putting pen to paper for your very first haiku, consider reading some of the classics aloud to yourself and others. This can bring an internal sense of the rhythm that is unique to haiku. See if you can identify the one or two key words around which the rest of the poem revolves. It can also be helpful to create verbal haiku poems first, before writing anything down. A few attempts to speak aloud the 5-7-5 syllable pattern can be fun, and addictive! After a few tries, you’ll be ready to jot down some of your attempts.

Make a list of subjects: What are your favorite nature subjects? Make a short list of things that interest you like “clouds, sunbeams, the ocean, bugs, rabbits,” or similar natural objects that strike your fancy. Later on, you can switch to non-natural subjects if you want to, but nature is a good place to begin for most haiku neophytes. The only rule for your list should be this: does the subject inspire me?

Do a little “research”: Some of the world’s best haiku poets, Basho included, would spend hours wandering through fields and forests for inspiration, gazing at the beautiful, natural things that they wanted to write about. If you decide to write about grass, for example, spend a while walking in your yard or at the park while examining the grass. Touch it, smell it, listen to the sound it makes as you run your fingers through it. Get to know grass with all your senses and spend time with it. It also helps to make a list of words associated with your chosen subject. Continuing with the example above, you might jot down things like, “moist, slippery, soft, pliable, fresh, crisp,” etc.

After a short warm up session, making a list of favorite subjects and doing some research, you’ll be ready to approach haiku the way the masters do.

When writing: Forget what you learned about English grammar, word order and punctuation. Simply write, in a free-flow form, the words that come to mind in loose sentences, attempting to adhere to the 5-7-5 syllable format. If at first you have trouble with the syllable count, don’t worry. Later on you can always edit a few words or syllables out, or add a “the” or “a” where needed to make each line the right length.

One can almost picture Basho, arguably Japan’s Shakespeare, sitting alone in his forest hut, sipping matcha tea while composing a classic haiku. Yet, the simplicity of the art form makes it accessible to everyone who has a message to convey. Writing haiku can be a fun experiment, a hobby or a livelong avocation. The bare-bones structure of haiku acts as an open door for those who wish to explore the art of poetry.