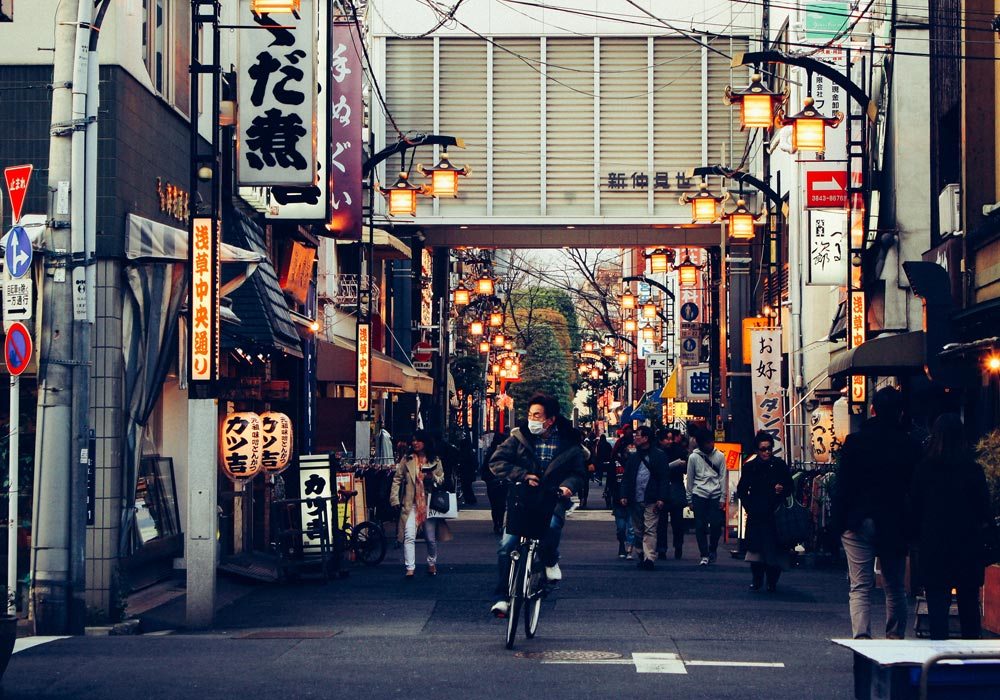 What happens to Westerners who reside in Japan on a long-term basis? Whether for business, academic or cultural study, there are many thousands of foreigners living in Japan at any given time.

Foreigners who visit Japan in order to see the sights, taste macha tea, play pachinko and witness the cherry blossoms in season are far removed from the everyday world of long-term residents, the Westerners who call Japan home for a year or more.

Most of these semi-permanent settlers have positive things to say about their experience, even though most face a difficult adjustment period during the first year or two.

What do these unique individuals have to report about life on the other side of the silk curtain? Their reports have many common themes, some of which are detailed below.

What Westerners say about Japan after spending at least one year immersed in the local culture  – responses are culled from various surveys:

Tissues become a way of life. There is almost an addiction to carrying small boxes of tissues, especially among Westerners who spend a year or more in northern Japan.

Hot baths, rather than showers, become a habit that is hard to give up when one returns home.

A common response is: “I take my shoes off before entering anyone’s home. And in my own home, I no longer sleep in a bed, but on a mattress on the floor.”

Many Westerners get in the habit of sorting their household trash into recyclable divisions based upon glass, plastic and “other.”

Residents find themselves serving green tea to guests, and always having hot tea ready to drink at home for themselves and for family members.

Most long-termers become more open to different kinds of food, and are less picky about what they will and will not eat. Most Americans, Europeans, and Russians who spend more than a year in Japan lose a significant amount of weight.

Many report: “My meal times became more regular and breakfast is now a must.”

Nearly all Westerners who spend several months or more in Japan believe that they have grown more polite in conversation (not interrupting as much) and in body language (by bowing slightly to apologize or acknowledge a mistake).

Most Westerners come away from Japan with a better fashion sense, more pride in their personal appearance, and more tolerance for neighbors and friends who are stressed by daily life. There is something about living in Japan that causes one to think more in terms of the group than for the benefit of oneself.

Foreigners who learn to speak conversation-level Japanese report becoming almost totally immersed into the culture, accepted by the Japanese as members of society, and acquiring lots of Japanese friends.

Business people who spend more than two years in Japan report a delayed, but deep, sense of culture shock and a longing to return home even if for a brief time.

Those on academic and cultural visas who do not learn to speak Japanese find it difficult to assimilate (for obvious reasons) and are usually happy to return home after a year or so. There appears to be a direct relationship between how much Japanese a person learns and how happy they are as long-term residents.

In addition to weight loss, most Westerners think that they become healthier during their stays. This has to do with more walking, clean air, proximity to the ocean, and much more nutritious food (compared to the average Western diet).

Most students and business people report that their stay in Japan makes them more studious or conscientious about work habits. The Japanese are a very diligent people, who know how to work hard while on the job and how to relax when off duty. Punctuality, a serious attitude at work, and an overall more sober attitude toward life are just a few of the cultural traits that Westerners tend to pick up in Japan. The longer they stay, the more these attitudes seem to take hold.

Japanese people have a deep appreciation for nature and the change of seasons. Foreign residents tend to pick this attitude up quickly, and many of them continue to value natural beauty more throughout their lives.

Because Japanese people are small in stature, many Westerners gain a sense of “tallness” even though they are of average height in their home nations.

Nearly all long-term visitors to Japan develop a fondness for non-laced shoes. The local culture demands so much off-and-on activity with shoes throughout the day that anyone with an affinity for laces can get a sore back in a matter of days.

Westerners get used to spray-on deodorant and a seemingly total absence of bed sheets. Those who prefer stick deodorant and regular (non-fitted) sheets have to adapt to the Japanese way.

Westerners who use credit cards for most purchases learn quickly that the Japanese economic system still uses cash for many transactions. After a year or so, the cash habit becomes ingrained and many who return home to Europe or the U.S. find that they are less reliant on their credit cards than before their Japan experience.

Most business residents and exchange students find that they speak less while in Japan, even if they know enough Japanese to converse. Japanese culture puts more emphasis on action and non-verbal communication than Western cultures do. As a result, many a returning executive or student will notice that they speak less than before.

There is so much more to Japan than its exterior cultural face. Things like sumo, Kabuki, matcha tea, the geisha, and other exotic cultural features intrigue the short-term visitor. Those who stay for a year or more begin to see what lies beneath the facade; and start to understand all the ingredients that make up Japanese culture. For the overwhelming majority of long-term visitors, the experience changes their lives and gives them a whole new appreciation for the Asian way of life.