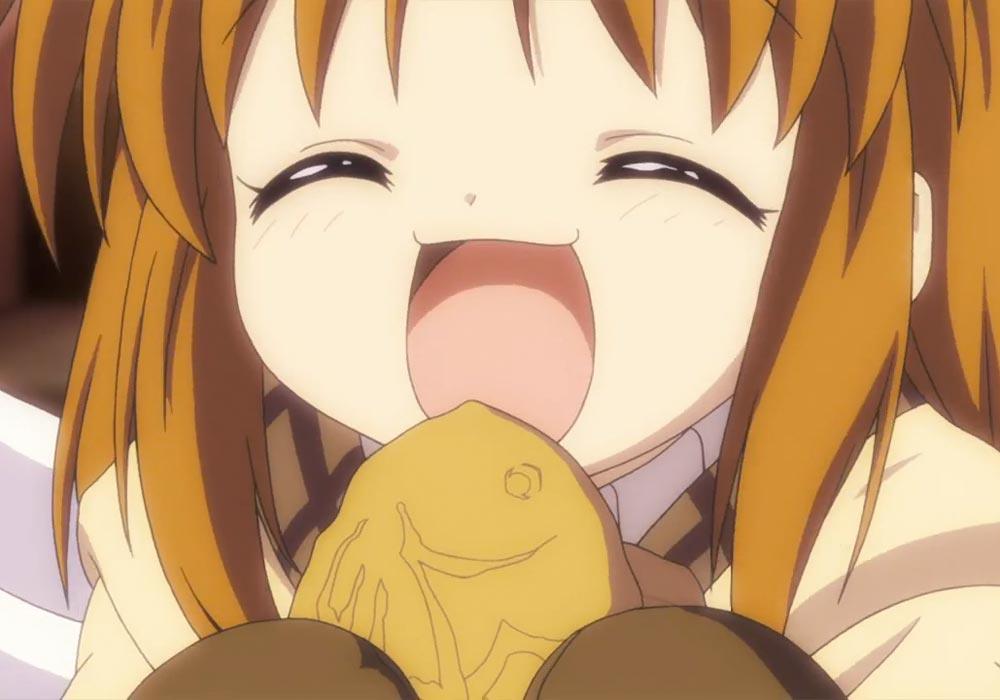 For those who spend two or three weeks in Japan, the huge diversity of the country’s cuisine is always a surprise. Even the most elite Asian restaurants in the West cannot replicate the nearly limitless variety of foods that the Japanese enjoy.

To an even greater extent, the sub-category of desserts is where the Japanese culinary genius truly shines; because there are literally hundreds of sweet treats and formal desserts to choose from. Matcha tea-flavored desserts are also quite popular, as are a vast array of confections that use the words “green tea” in their titles.

Books (very thick books) have been written about Japanese desserts, traditional candies and ceremonial sweets. For a sampling of this delicious side of the culture, here are some of the more popular selections, which include several not-so-well-known offerings along with a few of the more common choices:

While some sweets are more regional, taiyaki (pronounced tie-yakki) is one of the truly “all-Japan” treats served from street vendors’ carts during cold months. It is simply a fish-shaped pancake pastry with one of several fillings, most commonly custard, red-bean paste, or chocolate. They taste like really chewy pancakes, and Japanese often say something that loosely translates as, “It’s the filling that makes the taiyaki.” Served extremely hot, taiyakis are not for the health-conscious. Then again, most entries on this list fall into that category!

Many Japanese desserts contain something called mochi, a tasty rice paste that is as thick as bread dough. Local cooks and pastry chefs love creating little round orbs of mochi and filling them with all sorts of things, preferably ice cream. In fact, mochi balls filled with green tea ice cream is currently one of the trendier snacks in Japan. Besides green tea flavor, the most common ice cream filler for mochis is strawberry. Some Asian markets in Europe and the U.S. offer these delicious things ready-made in the frozen section; and you can always make you own mochi paste and fill it with whatever you like.

For an authentic Japanese treat, you just can’t beat dango. Traditional, regional (from the southern part of the country), and subtly sweet, dango is commonly paired with matcha tea. This cute little sweet, which is served like shish kebabs in small round pellets on a stick, is not only a favorite of children, but shows up in most high-end dinner parties and formal banquets as well.

Rice flour is the primary ingredient of the little dumplings (which taste a bit like mochi) but most cooks add a healthy (or unhealthy, depending on your viewpoint) dose of sugar to the mixture. Fortunately, dango is so popular that it is sold in many Japanese and Asian food stores around the world.

Wagashi is the general name for the category of traditional Japanese confections made from either rice or bean paste, but is sometimes derived from fruit or other plant stock. Amanatto is made from several different beans, simmered in sugar syrup and topped with refined sugar. There’s enough sweetness to offset the bean taste but not overpower it. Amanatto is often served in traditional tea ceremonies.

Pronounced ah-rah-ray, this bite-sized traditional cracker is made from rice but heavily flavored with sugar and/or soy sauce. Social gatherings are never without a nicely decorated bowl of arare crackers.

Manju (pronounced mahn-jew) is one of the most common traditional sweets in Japan. It is not designed for the Western palate, but is one of those sweets that Japanese people dream about when they are on diets. The exterior of these little candies is made from rice powder, buckwheat or flour, while the filling consists of red bean paste, which the Japanese call anko. Most confections that contain red bean paste make the paste itself by boiling azuki beans along with enough sugar to make it officially a “candy.”

Quintessentially Japanese, the monaka combines two traditional favorites: rice paste and bean jam. These things are actually little wafer sandwiches that use mochi rice crackers as the outer two pieces and azuki bean jam as the central filling. Monaka sweets are served at weddings, graduation ceremonies and many other traditional Japanese ceremonies. They are usually the first thing hosts run out of due to their immense popularity among the locals. Japanese are often baffled that Westerns don’t take to monaka right away.

One sweet that Westerners do love is yatsuhashi, a Kyoto specialty made from sugar, rice flour, and cinnamon. These tasty little strips of sweetness are sometimes eaten raw, but more often baked. Japanese like to wrap them around bean pastes to make little cylinders with filling. Tourists buy them in packages and often bring them home as souvenirs because they keep so well when wrapped in airtight containers. A challenge to make, even from an accurate recipe, yatsuhashi can be found at most Asian food stores or ordered in bulk from online sources.

Sold in small blocks and usually eaten by the slice, yokan is a typical Japanese dessert made from agar, sugar, and red bean paste. They have a jelly-like consistency and are served with hot tea and coffee throughout Japan. Many yokan desserts are created more for their decorative value than anything else. In little black and green, symmetrical slabs on a white dish, they look like expensive chocolates or mints. {Many a tourist has picked up a big chunk of yokan, mistaking it for chocolate, and gotten a mouthful of bean-paste surprise instead}.

It should come as no surprise that many of Japan’s most traditional sweets were born alongside matcha tea, as a taste counterpoint in Zen-inspired tea ceremony rituals that date back many centuries. For Westerners who want to delve a little deeper into the expanse of Japanese desserts and sweet offerings, many of the common items are available in better restaurants and at Asian markets.

For the more offbeat choices, a detailed cookbook can work as long as the amateur chef realizes that many Japanese sweets are time consuming projects, but well worth the effort. The subtle surprise about Japanese desserts and candies is that they are not “sugary sweet” in the Western sense of the term, but offer a quieter, more refined taste sensation than typical pies, cakes and confections of Western cultures.

An exploration of Japan’s sweet side is a wonderful culinary experiment that will broaden even the worldliest taste buds.