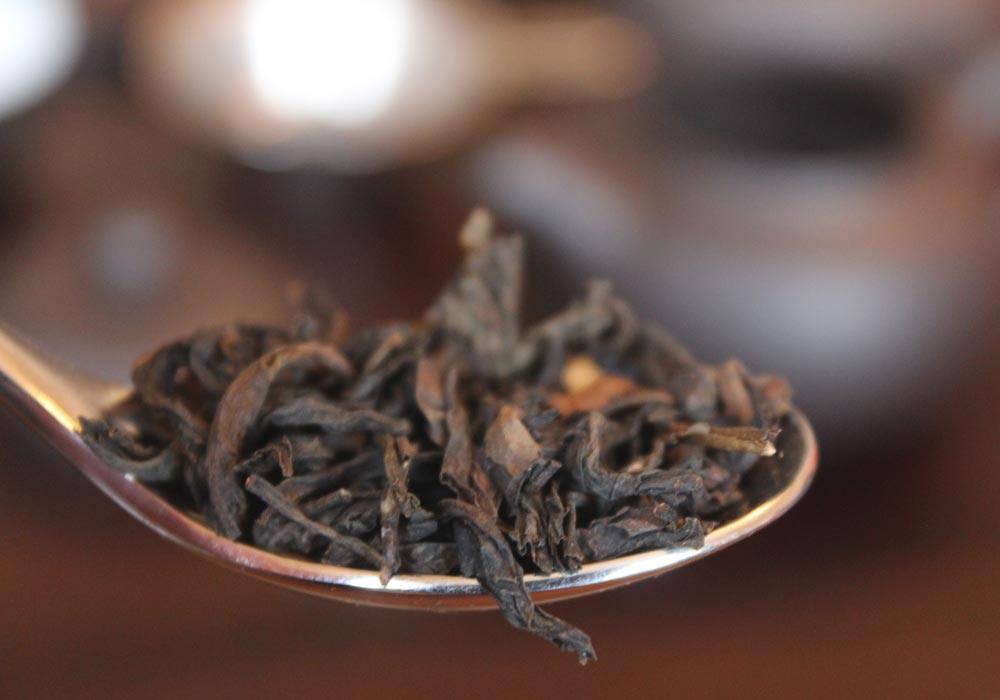 Every segment of the consumer marketplace has its fringe items. The world of tea is no different. In fact, there are quite a few high end, super-rare and oddball teas out there, and enough people like them to keep them financially viable.

On the gourmet end of the spectrum, there are at least a dozen varieties that make the otherwise-expensive matcha tea seem like a bargain-basement giveaway. Indeed, well-heeled folks from every corner of the earth dish out major cash for just a few grams of certain kinds of tea. Here’s an up-close look at some of the world’s best, rarest, priciest and downright weirdest teas:

One of the more bizarre entries on any list of expensive tea is a product called Yellow Gold Tea Buds from TWG, a company whose sole claim to fame is that its tea leaves are gold-plated. People actually drink this stuff and pay crazy amounts of money for it. Of course they’re mainly paying for the gold and end up consuming it instead of banking it. Yes, the gold gets brewed right in with the tea when the loose leaves are steeped in hot water. Apparently, very small amounts of the precious metal are not toxic. At a cost of just over $100 for enough tea to make 25 cups, Yellow Gold Tea Buds cost about twice what top-tier matcha ceremonial tea costs. This metallic drink is only sold in Singapore.

A Chinese businessman is selling tea that comes exclusively from plants that are fertilized with panda dung. He claims that the fertilization process makes the tea super nutritious because panda dung has been shown to be extremely high in all sorts of vitamins and minerals. Specialty shops in some parts of China are reported to have sold this stuff for more than $200 per cup.

Da Hong Pao, famous in tea-drinking circles as one of the most expensive varieties ever grown, sells for well over $1.2 per kilogram, which means it’s way pricier than any of the precious metals and too expensive for just about anyone’s wallet. A package that weighed just under 2 pounds sold at auction about 20 years ago to an unknown bidder. Rumor has it that Da Hong Pao has a wonderful floral taste and is quite nutritious.

There is a legendary Buddhist goddess that goes by a Chinese name that roughly translates as “the merciful iron goddess.” The tea named for her costs about $3,000 per kilogram and ranks very high in taste tests. The name of the tea is Tieguanyin (tea of the iron merciful goddess). If you want to buy some of this stuff, the iron goddess is not so merciful, as there are no price breaks or volume discounts available from the few companies in China that offer it.

A Manchurian tea that goes by the name kombucha is still a local secret, at least as far as the exact ingredients are concerned. This sweet black tea is highly fermented and then mixed with an ancient recipe of bacteria and yeasts that give it its unique taste. It’s not expensive but is rather hard to find outside Siberia. Fakes and imitations abound, but the real stuff, with all that tasty bacteria, can only be had in Siberian villages. History books place its origin in Latvia, whose seafarers carried it around the world in the early 1900s.

From the same growing regions that yield matcha tea, the Japanese also process something called kukicha, or twig tea. It is a recycler’s dream, being made from all the parts of a tea plant that usually go unused: twigs, stems and stalks. Like its distant cousin, matcha tea, kukicha has a unique taste and is packed with nutrients. If you ask a Japanese person what kukicha tastes like, they will likely reply, in all honesty and with a straight face, “Twig tea tastes like twigs.” It’s hard to say whether that’s an accurate description or the first line of a haiku about tea, but Western tea bars that sell it say kukicha is quite popular and has an earthy, fruity taste…like twigs.

A few celebrities have recently made the ancient tea a hit in certain circles, but they shall remain nameless here, except to say that her name rhymes with Angelina Jolie. In fact, garlic tea is a favorite Mexican recipe for halting cold symptoms. Not to be taken before social occasions, it’s easy to make and quite inexpensive. Here’s how to make it:

Bring 3 cups of water to a boil and add 3 cloves of garlic. After about five minutes, reduce the heat and add one teabag (green or black works well), a half cup of honey and a half cup of lemon juice. Heat back up almost to a boil, but not quite. Strain into a cup and drink about 4 ounces a few times per day until your cold passes. Excess can be stored in frig and re-heated when necessary. Warning: The first cup is quite powerful, so be ready for a massive blast of garlic. Matcha-lovers can add their favorite food-grade matcha tea to the mix, but that is best done after the garlic tea is in the cup.

In Bhutan and Tibet, the locals brace themselves against the cold by drinking this delicious blend of yak butter and a local tea blend. The concoction warms the entire body, helps prevent chapped lips, and can be used as the main part of a meal due to its high caloric content. No, this is not one of those trendy “diet teas,” but it is a delicious, nutritious, unique beverage that should be on everyone’s wish list.

Most of us will never see or use any of the super-expensive products above, but that doesn’t mean they aren’t out there, gathering in the profits from enough upscale buyers to stay viable. The odd ones, like yak-butter tea, kukicha, and garlic tea, are true oddities but have their place in the pantheon of tea. As for the oddball blends, more are popping up as tea in general becomes a more popular beverage everywhere. Matcha tea and other varieties still boast a wide array of health benefits, so will likely continue to be the “teas of choice” for 99 percent of consumers.