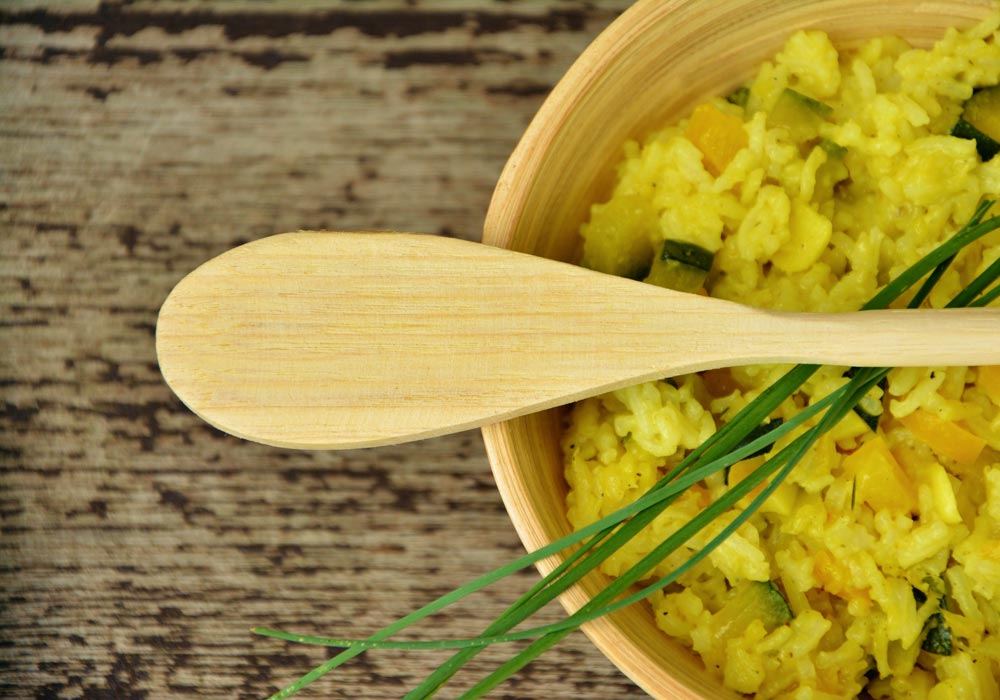 Whole grain brown rice is a nutritious favorite of people all over the world, but particularly in Asian cultures. For rice to be edible, its outer hull must be removed. In fact, the difference between brown and white rice is that brown rice has just the hull removed. White rice has two other things removed: its cereal germ and its bran layer.

The remaining cereal germ and bran layer are what make brown rice a more healthful choice than white. Anyone who knows how to cook brown rice is at an advantage when it’s time to prepare a meal because brown rice is a major part of so many dishes.

It’s never difficult to prepare Japanese style brown rice. Onions, spices, soy beans and the rice itself are the main ingredients for most Japanese versions of this tasty, nutritious dish. Here are two basic Japanese recipes that anyone can whip up in just a few minutes:

After cooking the brown rice according to its package directions (which should take about 25 minutes), place the soy beans in with the rice during its last two minutes of cooking.

Mix all the other ingredients together in a small bowl.

Drain the beans and rice, place it into a serving bowl, and add the other ingredients by stirring them in.

Basic genmai (Japanese brown rice):
To serve 2, use one cup of brown rice and two cups of water. Wash and rinse the rice a couple of times and drain it thoroughly before placing it into a pot with the two cups of pre-measured water.

Let rice soak in the water for about one hour.

Bring the water-rice mixture to a boil. Stir it a few times before reducing heat to a low setting.

Cover the pot and let the rice cook in the low-heat water for a half hour.

Remove the pot from the heat source, keeping the lid in place. Let it sit for 10 minutes before serving.

How to Find the Right Rice Steamer

Rice steamers come in all shapes, sizes and prices. Like some of the high-quality blenders on the market, there are dozens (or more) settings, features, attachments, and gadgetry that accompanies rice steamers. Here are a few basic buying tips: