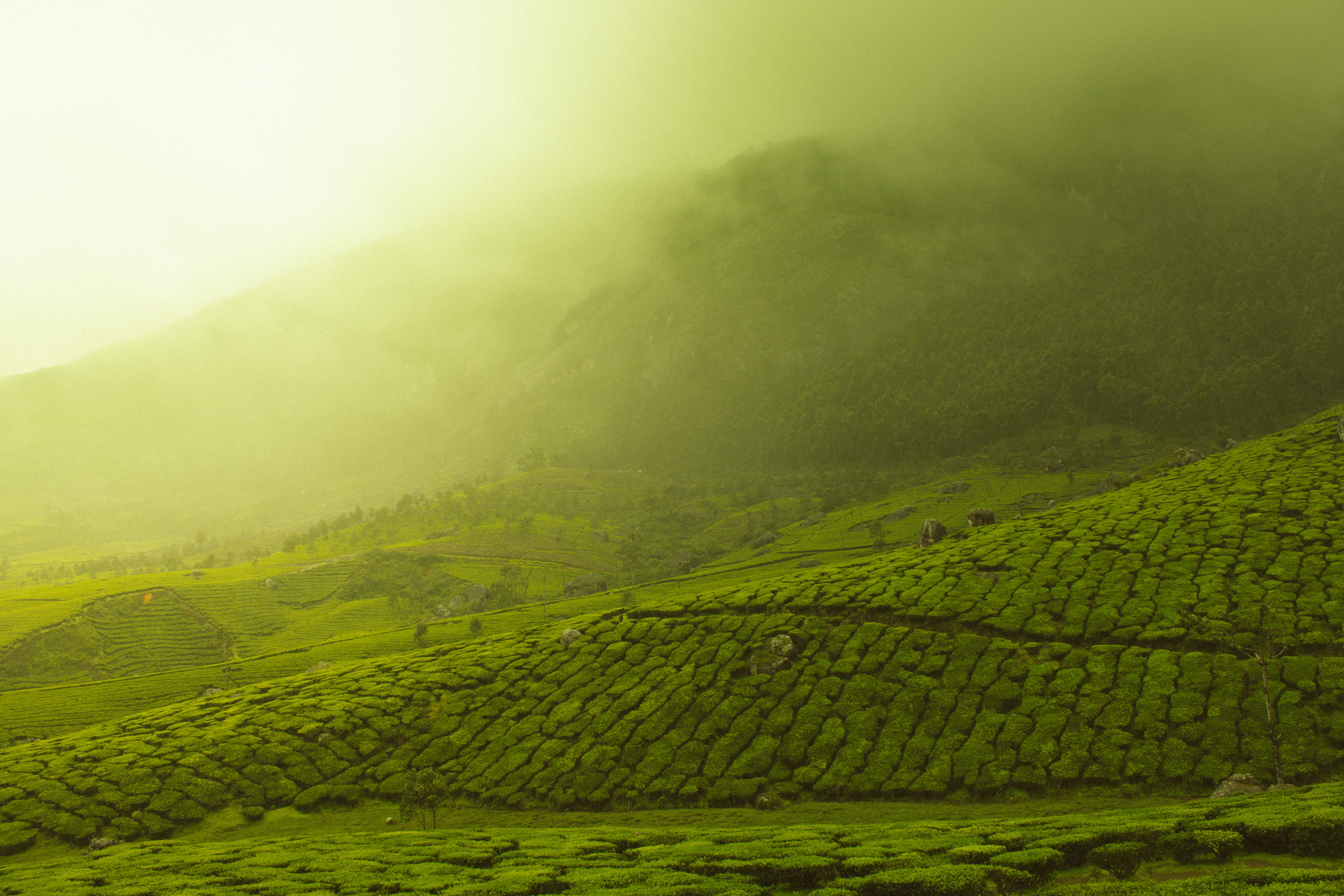 Comparing two of the world’s most popular tea drinks, matcha and kombucha, is a bit like comparing apples to oranges. More accurately, it’s like comparing apples to fermented apples that contain a dollop of alcohol and probiotics. The two share a few key characteristics but are more unalike than similar. The matcha vs kombucha study is an interesting one, so let’s begin with the most common question about the two drinks.

Which one is the caffeine champ?

For some reason that defies all logic, most tea enthusiasts seem fixated on the comparative caffeine content of these two drinks, but rarely notice the dozens of other points of comparison, some relevant and some not. However, to satisfy those common queries, the clear winner in the “which one contains more caffeine” contest is matcha tea, which weighs in with about three times the dosage. Kombucha is on the low side of things with between 3 and 25 milligrams per serving, while matcha brings about 60 milligrams to the table in every serving.

What is matcha? What is kombucha?

Kombucha, in its basic form, is simply a combination of green, or black, tea and added sugar. When left for a few days to ferment, bacteria and yeast grow on the surface and the liquid becomes fizzy. Fans add all sorts of flavors like peppermint, watermelon, and berries. By most accounts, it’s an acquired taste that reminds people of vinegar, even though it’s quite tangy when prepared correctly.

Matcha is a very special kind of green tea from Japan that is grown in controlled conditions and then ground until the leaves have transformed into a powdery substance. Its grassy but surprisingly fresh taste can also take some getting used to. The powder is mixed with hot water with a whisk until it’s fully dissolved.

Are they big sellers?

Both teas are big business all over the world, with matcha having a solid lead in terms of raw monetary intake. Kombucha is growing in popularity but hasn’t had as long to catch on in Europe and Asia.

The global sales numbers for kombucha are impressive, though. The current worldwide sales are about $1 billion, with an increase to approximately $1.6 billion by 2021. The U.S. market alone accounts for 42 percent of all kombucha sales revenue.

Matcha’s economic power is even greater. The current global sales figure is an astonishing $3 billion, and it’s expected to reach a whopping $5 billion by 2025. Make no mistake: matcha and kombucha are giants of the retail beverage market and growing steadily.

What’s in kombucha and matcha?

The matcha-kombucha comparison is not all about sales and caffeine content. There’s a lot more to the story, namely the comparative ingredients of the teas, which are pretty different.

Matcha starts out as leaves of the camellia sinensis plant, which are steamed for differing amounts of time, dried in a special process, and ground into a powder. Kombucha has a wider range of initial components because it’s made from any number of black or green teas (sometimes even matcha, though rarely), then allowed to ferment after a mother culture (SCOBY) is added, and finally spruced up with sweetener.

Matcha contains vitamins B, A, C, E, K, and antioxidants. Kombucha also has antioxidants, along with enzymes, probiotics, and vitamin B. Sometimes there are trace amounts of alcohol from the fermentation process.

How long have people been drinking these beverages?

The short answer: Matcha has been around for at least 900 years, primarily in Japan. There were precursors in China, but those almost certainly were not ground versions. For kombucha, the history goes back about twice as far, with written records of Chinese kombucha dating from 221 B.C., when it was called the “tea of immortality.”

What are the basic recipes for making a cup?

Matcha lovers have it easy. Just mix a scoop of powder with a half cup, or slightly less, hot water. Use a whisk to mix until the powder is completely dissolved. Kombucha is a little trickier to make. Into a sealed jar, add sugar, brewed tea (either black or green), and a “mother” culture of yeast and bacteria. The latter is usually called SCOBY for short, which stands for symbiotic culture of bacteria and yeast. Let it ferment for between 3 and 5 days, skim the culture off the top, and drink cold.

Is there a special way to drink matcha and kombucha?

Kombucha is usually served cold. Matcha tastes great hot or cold. People usually add some kind of sweetener, milk, honey and other flavorings that go well with the grassy, fresh, natural taste of the matcha.

Are the health claims justified?

For matcha, many of the claims have been subject to scientific study and proven to be accurate. Research has shown that matcha can support the metabolism, reduce inflammation, lower cholesterol levels, and help with blood sugar control.

Kombucha has not been subject to much research, but it does contain probiotics, which are known to support stomach and intestinal health. Probiotics also play a role in improved immunity and better digestion.

Where can people buy kombucha and matcha?

Both drinks are widely available online either already prepared or in kits. Matcha is sold everywhere as ground tea, in bags, canisters and other types of containers. Tea shops and coffee houses sell both, though it’s harder to find kombucha at some of the big retail chains.

Note: This discussion is not to be taken as any kind of medical advice. It is offered solely for informational purposes. Readers who have questions about their health should consult a healthcare professional.