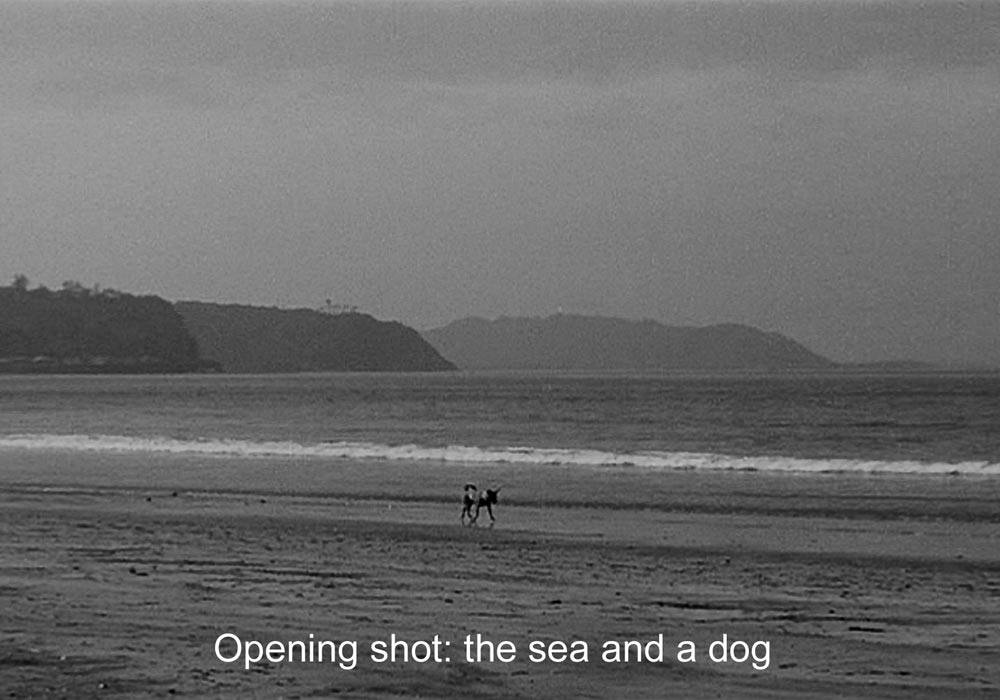 Buddhism is an outsider among religious traditions when it comes to cinema. Indeed, given the tradition’s 2,500-year history and millions of followers, only a handful of overtly Buddhist films have been made and fewer have experienced commercial success. Fortunately, what is available for modern viewers includes at least a dozen riveting masterworks of the art form. Any list of “Buddhist movies” should include the 14 films listed below.

Yasujiro Ozu’s films, while not overtly Buddhist, are so quintessentially Japanese as to be inseparable from basic Buddhist thought. Two of his masterpieces, Late Spring, and Early Summer (1949 and 1951, respectively), are what some might call “covertly Buddhist” films. On the surface, they depict the routine life of a father and daughter, both of whom are trapped by social conventions they don’t believe in. Ozu often spoke of his exclusive use of the 50 mm lens, which he chose for its similarity “to the human eye.” For Ozu, each scene is about clarity, seeing things the way they are, and recognizing the masks that so often obliterate our ability to view reality.

A 2003 masterpiece by Korean film giant Ki-duk Kim, SSFW&S dissects the meaning and lessons from two most unusual lives, that of a boy and an aged monk who reside on a floating temple. The passage of time, among other key concepts of Buddhist teaching, is part and parcel of the compelling storyline.

Absolutely intriguing and magnetizing from its opening scene, the 1989 film Rikyu is among director Hiroshi Teshigahara’s best work. Indeed, he was aptly qualified to depict the life of Japan’s foremost Tea Master, the historical Rikyu. Teshigahara himself was the modern master of a companion art form, flower arranging (ikebana in Japanese).

Rikyu lived in the 1500s and had a strong influence on the life of the country’s most powerful man, the Shogun. One might say this is the story of the Clavell novel (coincidentally entitled, “Shogun”) from the inside of Japanese society, rather than the foreign outside. Oddly, the protagonists of both works face a similar fate, having to eventually bow to the will of the almighty and worldly, but spiritually empty, Shogun.

[Note: A 2013 film entitled Ask This of Rikyu, deals with the same man in a different, more fictionalized way. That film belongs on this list as well, but English-subtitled versions are very difficult to locate].

This is the 1997 Martin Scorsese masterpiece about the life of the Dalai Lama, from its turbulent beginnings onward. Anyone even peripherally interested in Buddhism will enjoy it immensely, not least of all for Scorsese’s cinematic bravura.

Brad Pitt stars in an historical drama about a German soldier who befriended the young Dalai Lama. Though a big-budget spectacular, Seven Years is informative and sheds light on what happens to those who sincerely search for a way in life.

Zen is a fascinating 2009 Japanese film about a monk who seeks “true Buddhism.” What he finds on his journey to China is the crux of this tantalizing look at life during the Kamakura Period, more than 750 years ago.

Japanese director Kon Ichikawa’s 1956 classic about a monk-like WWII soldier who goes against the grain of his outer life contains more Buddhist themes than a thousand-spoke wheel. Great storytelling, gasp-inducing cinematography and a top-notch cast make the Burmese Harp a must-see Buddhist film.

A 2003 stunner of a film that features the Dalai Lama and prominent other religious leaders, Wheel of Time is a documentary by Werner Herzog. Viewers are transported to Bodh Gaya, India, for that city’s massive ritual that centers on a sand mandala.

What happens when Buddhist meditation techniques are taught to crime-hardened convicts in one of India’s toughest prisons? The film answers that question in a surprising, shocking way. For anyone who has ever wondered about the effects of meditation, this Indian production has an uplifting, unexpected answer.

James Zito’s documentary is an all-encompassing look at Buddhism and its modern representatives, scholars, artists and practitioners. A close-up, detailed examination of what it means to be a Buddhist in the world today.

Little-known in the West, Sri Lankan director Lester James Peries won a Gandhi Award for this 1967 oddity that interweaves Buddhist influences into the lives of a young couple. Look for DVD versions with English subtitles because many are only in the original Sinhalese. Peries often brings Buddhist themes into his films, and continues to direct even though he is now in his late 90s!

Why has Bodhi-Dharma Left for the East? : A Zen Fable

In this 1989 Korean entry, we watch three lives unfold and affect each other, all in a remote Buddhist monastery. Life’s big questions are given the full Buddhist treatment in this classic, which is told mainly in flashback.

The 1972 film version of the famous Hermann Hesse novel offers a thorough treatment of the life of the Buddha, what he faced on his road to enlightenment and why that matters.

As a generalization, one might say that Buddhism began in India and ended its long journey of propagation in Japan. Somewhere along the way, the teaching made a zigzag path through Sri Lanka, Southeast Asia, and China. After landing in Japan more than a thousand years ago, the tradition went underground and actually became a part of Japanese culture. Of course, latter-day ricochets of Buddhist thought, primarily Zen but other flavors as well, have impacted many lives in the West. But the fact remains that Buddhism’s key influences have been, and continue to be, on Asian cultures. Modern film-making is one of the many ways that the teaching is spreading to the West.