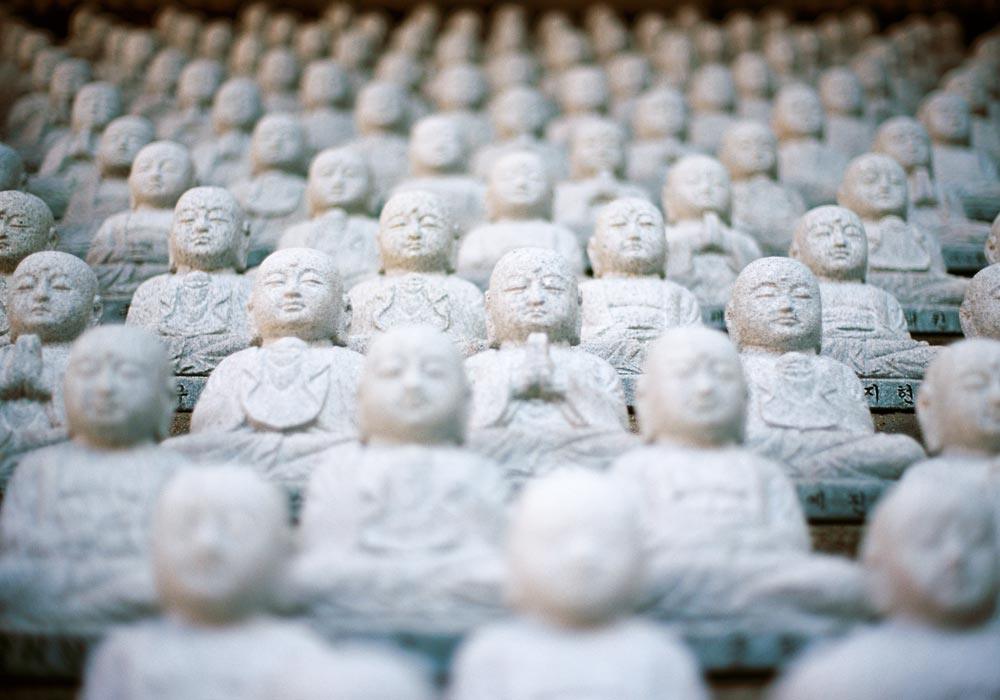 Vipassana meditation, or insight meditation, is now one of the most widely known Buddhist practices. There are meditation centers on every continent and in most major cities. Yet, this form of mindfulness contemplation is at once beloved and greatly misunderstood.

The ancient practice of Vipassana has been around for centuries but was only recently, in the 1950s, brought back into the mainstream of Buddhist teaching when a group of Burmese monks used it in their practice.

Zen Buddhist monks often sit for meditation after consuming matcha tea, a ritual that dates to at least 900 years ago in China and Japan. Matcha tea contains a small amount of caffeine that is delivered to the body at a very slow pace. In meditation, it is important to be extremely calm but not sleepy or drowsy.

One of the biggest misconceptions about the technique involves its emphasis on the breath. While it does use the breath as a central focus in certain regimens, there are equally important techniques of Vipassana that teach the practitioner to observe thoughts and feelings, rather than just the breath. In fact, some types of Vipassana use walking, eating and speaking as their main emphasis for attentive meditation.

One of the core beliefs of Buddhists who practice Vipassana meditation is that the method can literally transform a person’s life. Self-observation is astoundingly simple but has profound effects on those who make it a regular part of their lives. Before getting into the details of exactly how to do Vipassana meditation, consider the health benefits of this ancient, subtle discipline:

How to do it

It’s really easy to get started with Vipassana meditation. The key thing to remember is that regular practice will bring many additional benefits and insights, which is what Vipassana is all about. The word actually means “insight.”

Here are some suggestions for those who want to see what Vipassana is like. After a while, it is usually a good idea to find a group or a teacher to guide you further and to answer the inevitable questions that arise, especially in the early phases of the discipline.

Step one: Clothing is the first detail to learn about. As a general guideline, you will want to wear loose clothing and no shoes. If you tend to get a chill after sitting motionless for a while, put a jacket or sweater on before you begin. That way, you won’t have to bother with it after you are in a meditative state.

Step two: Choose an appropriate place to meditate. There is really no space requirement other than having enough room to sit on the floor or in a chair. But try to find a place where you won’t be interrupted for at least 15 minutes, and that is not noisy. Don’t wear earplugs, but try to meditate where you won’t hear people talking, phones, radios or televisions. A few routine sounds of daily life are okay, like a soft hiss of wind coming in, or cars driving down the street.

Step three: Find a posture that you will not have to radically change during the meditation session. Sitting cross-legged on a floor or cushion with the spine upright is usually a good way to sit if you can do so. Otherwise, any cross-legged posture with the knees supported by small pillows will do. If that is uncomfortable, try sitting in a chair but allow your back to be free and upright if possible, not supported by the chair back.

Step four: Place your attention on the abdomen and notice the rising and falling. With your mind (not your vision) notice the rise and fall of the abdomen each time you breathe in and out. Try to notice the up-and-down as two distinct motions. Don’t try to change your breathing. Just notice it. You need not “think” about the motion. Just observe. Don’t judge it. Don’t try to alter it. Don’t philosophize about it. Your goal is to just watch it, see it in the present moment. That’s all.

Be careful not to visualize the anatomy of the abdomen. You are only watching the movement, noting the rise and fall with each in and out breath. As an aid to observation, you might want to mentally say to yourself, “rising,” and “falling” as the abdomen rises and falls.

You have now begun to do Vipassana meditation. It sounds, by its description, very simple, but you will soon notice that it takes a bit of practice before you are really able to begin.

Don’t be discouraged. People have been doing this type of self-observation for centuries and they have all faced obstacles in the beginning. Just stick with it and you will soon reap the everlasting benefits of Vipassana meditation.