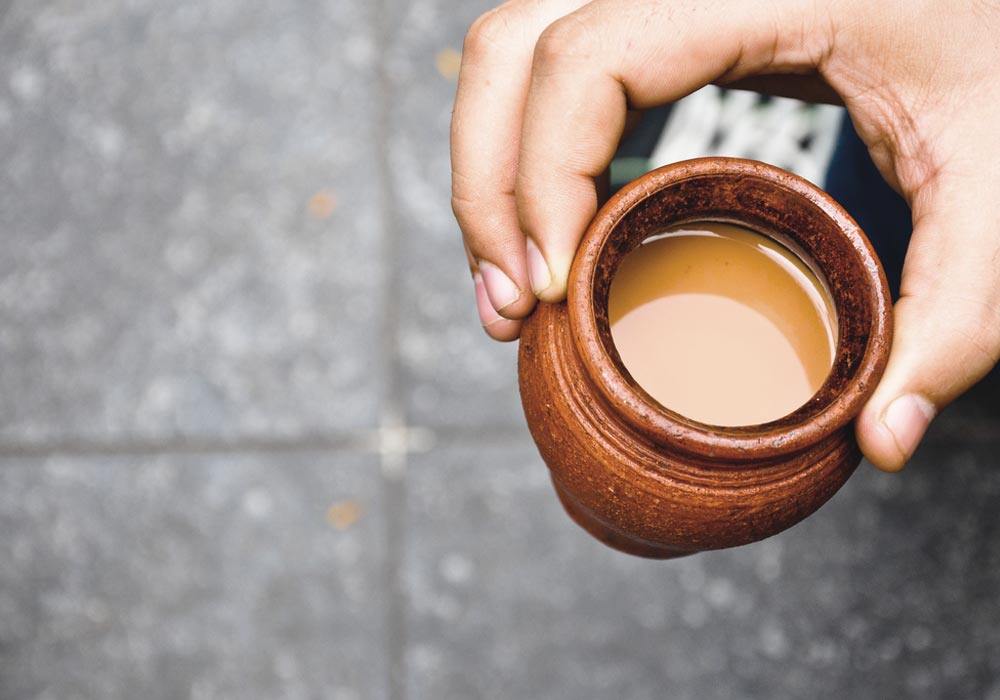 Tea has a long and varied history in India, the nation that currently consumes more tea than any other, almost one-third of the world’s supply. As for export, only China sends more tea around the world than India does. There is no getting around the fact that India is a true example of what “tea culture” is all about.

The country’s long history of Ayurvedic medicine is part of the reason its people have such a strong connection with tea. Even today it is used as the source ingredient in countless herbal remedies and treatments.

Several variations of Indian tea contain cardamon. Cardamon is a spice plant native to India but one that has been used in Europe since the time of the ancient Greeks. It is known to calm the stomach and enhance digestion. That might be the reason so many Indian parents give it to children who suffer from stomach aches and other common ailments. In addition to cardamon, Indian tea-makers employ basil, mint, pepper, ginger, and a wide array of other spices and herbs to impart a unique flavor to every cup of Indian tea.

The brewed tea drink that India is most famous for is called masala chai, which uses black tea leaves as its base. India is a large country and has several famous tea-growing regions, which lend their names to the type of tea they produce. The two most prominent teas of India are Darjeeling and Assam, both named for the geographical locations of the crops.

Assam, in northeast India, produces more tea than any other Indian region. Principally known for its black teas, all of which are brisk, strong and malty, Assam growers also produce a small amount of white and green tea as well.

Darjeeling district in northeastern India, at the base of the Himalaya Mountains, produces the tea that borrows its regions name. More varied than Assam tea, Darjeeling is available in black, green, oolong and white versions.

In general, Indian tea is not steeped but boiled. There are many variations on the theme, but most involve spices, sugar, milk and lots of boiling and re-boiling. There’s even a rare kind of Indian tea that contains no water at all; it consists of tea leaves and spices boiled directly in milk!

Traditional, authentic masala chai contains cinnamon, cardamon, peppercorn, clove, ginger and black tea. Of course, this being one of the most popular tea drinks in the world these days, expect to see limitless variations on the basic theme. If you would like to try your hand at brewing a perfect cup of masala chai at home, here is one of the more common recipes. It is typically available in northern India, near the base of the Himalayas, and contains a generous amount of sugar, milk and a few spices. Here’s how to make it:

The difference between Indian tea and, for example, matcha tea is profound, not just in taste but in appearance. Matcha tea’s frothy, greenish hue is nothing like the milky, coffee-color of masala chai tea. Some people think matcha tea looks like a fruit drink, and that masala chai tea resembles a traditional cup of coffee with an ounce or two of cream added to it.

India’s tea culture has a continuous effect on other nations’ ways of drinking and socializing, mainly because India is the world’s second-largest producer of the plant and millions of Indians live in other Asian countries plus many Western ones. India’s “way of tea” is fast becoming popular in the U.S. and the U.K. as well, where tea bars and even coffee shops offer traditional chai among the diverse menu selections.