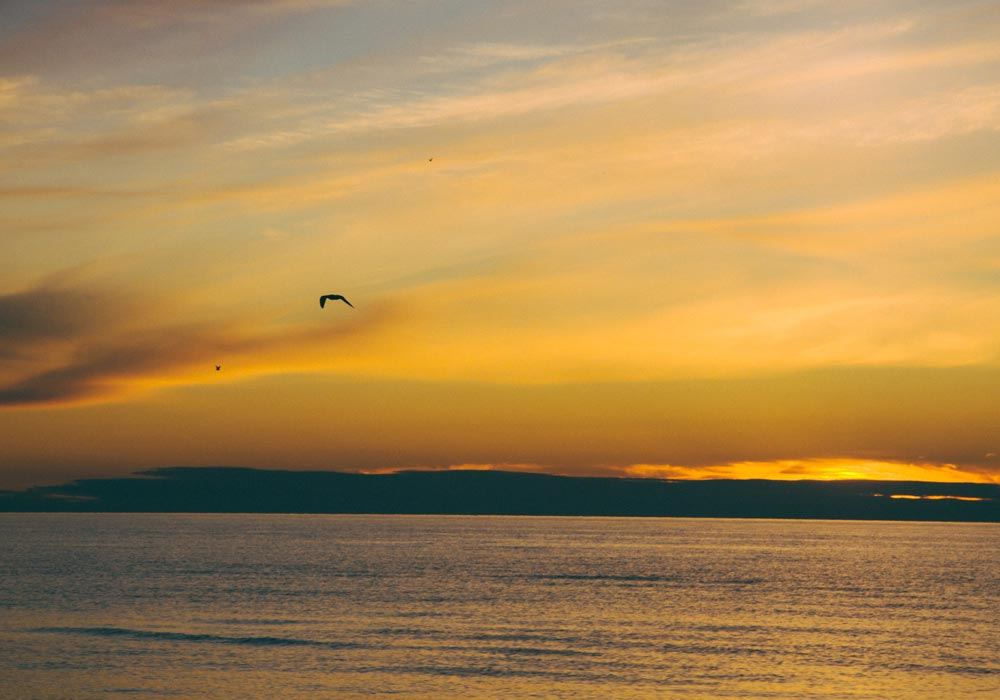 Susanne: Please tell us a little bit about your research history and your evolution to researching on transcendental meditation in high schools.
Staci: I have my PhD in Applied Social Psychology. In graduate school, I typically studied substance abuse and its relationship to stress and well-being. After I graduated, I started working for a research firm and brought in my topics of research. Those included students’ emotional health and juvenile justice recidivism research, and I’ve been at WestEd for four years. When I started there, the quiet time study was already in progress. At WestEd, I serve as a research analyst. Thus, my role in this study was to conduct the analysis for the piece. A second author on the paper, Jerry Hipps, collaborated with the other authors on the paper for the research design and the implementation of the Quiet Time program.

Susanne: How did quiet time, which included transcendental meditation, impact anxiety levels?
Staci: The Quiet Time program provides an opportunity for students to reflect on the day or spend that time just being quiet. That has been shown in previous studies–using that time to be restfully alert–to demonstrate an increase level in brain functioning. It’s thought that the Quiet Time program works at the simplest form of human awareness.You can think about this in terms of an adult’s life, too. If you’re feeling anxious and need to take a second to focus on your breathing or just kind of calm yourself down, that has an impact on anxiety levels. In terms of what the statistical impact was, you’ll remember that at baseline our students in this control group had significantly lower resilience levels and significantly higher anxiety levels. At follow-up, the treatment students had significantly lower anxiety levels and significantly higher resilience levels. Those effects were over a half standard deviation for the anxiety finding and almost a half standard deviation for the resilience finding. Those are considered in the statistical world as moderate to large effects.

Susanne: What exactly is it meant in your study by resilience?
Staci: Resilience… we used the resilience scale, which was developed by Wagnild and Young and published in their 1993 paper. It’s a fifteen item single factor instrument, which assesses emotional capability to cope with stress and adversity. Students rated on a scale of 1 to 7 how much they disagreed or agreed with fifteen items, and some example items include When I make plans, I follow through with them, I am friends with myself, and I feel I can handle many things at a time.

Susanne: How did quiet time impact students’ self-reporting of sleep, happiness, and self-confidence?
Staci: We didn’t have a baseline measure of the sleep, happiness, or self-confidence. So these measures are a little less reliable because they involved asking someone to think back to before they participated in the study. We’re humans; we don’t have the best memory, and our memories are kind of influenced by our current mood or current things that are happening in our lives. We did give the students a survey at the end of their participation and asked them a series of questions about how they felt now compared to how they felt before they did Quiet Time. In those findings, we found that the majority of students reported improved sleep: 79% of those students we surveyed reported improved sleep. 81% reported feeling happier. 77% reported feeling less angry and argumentative. 73% reported feeling more self-confident. 98% of students who reported meditating reported that they found meditation easy to do.

Susanne: What did your examination of the literature suggest about psychological distress as it relates to high school students?
Staci: This is a developmentally difficult time for this age group because they are experiencing physical, social, and emotional changes. This is when students are starting puberty or are in the middle of puberty, so they have those physical changes happening. They might feel like “aliens” in their own bodies. There are also different social dynamics. Especially for freshman high school students, it can be a very difficult transition because they have typically been in an elementary school, which is smaller or maybe even grew up with the same group of kids. Entering in high school can be challenging because they are on a different schedule, changing classes, and they typically have less one-on-one contact with an adult compared to earlier in their education. It can also be different just from going through puberty and having hormonal changes. That can also impact emotional changes. High school students are also learning how to navigate their own emotions. Thus, this can be a stressful time for students.

Susanne: You measured positive mood, anxiety, resilience, self control, and emotional intelligence in your study of teenagers implementing either Transcendental Meditation or quiet reading. Please tell us more about these measures.
Staci: I mentioned the resilience scale, but I can talk about the other scales as well. We used previously developed scales that are found in the literature. To measure positive mood we used the Profile of Mood States Brief Form. McNair and his research team developed that, and it is published originally in their 1971 paper. It’s a thirty item inventory assessing a six five item scales. The six scales measure tension-anxiety, depression-dejection, anger-hostility, fatigue-inertia, and confusion-bewilderment and vigor-activity. So, for the current study, we used the measure of vigor-activity. The items for this scale include participants rating how much they felt each mood during the previous week using a five-point response scale. That ranged from not-at-all to extremely, and the moods were lively, active, energetic, efficient, full of pep, and vigorous. Higher scores on that scale indicate higher positive moods. In our study, we found the scale to have moderate internal consistency. So, the alphas were .76 at pretest and .72 at posttest.
To measure anxiety, we used the State-Trait Anxiety Inventory for Children, and that was developed by Spielberger and colleagues and published originally in their 1973 paper. This was a 20 item scaled that assesses state and trait anxiety. State anxiety is what level of anxiety you are feeling right now, whereas trait anxiety is kind of your general level of anxiety. Students rated on a three-point scale how often they felt each item. Examples of items include I have trouble deciding what to do, I notice my heart beat fast, and I worry about what other people think of me. Higher scores indicate greater anxiety. Self-control was measured using a 13 item self-control scale, developed by Tangney and colleagues and originally published in 2004. Students rated on a five-point scale from 0=not at all likelyto 4=very much likelyhow much each statement reminded them of themselves. Example statements included I do certain things that are bad for me if they are fun, I wish I had more self-discipline, and I have trouble concentrating. Higher scores indicate greater self-control. For emotional intelligence, we used the Bar-On Emotional Quotient Inventory that was developed in 1997, and it measures emotional and social functioning in adolescence, and it includes five subscales measuring adaptability, interpersonal, intrapersonal, general mood and stress management. Example items include I care what happens to other people, I must tell the truth, and I get angry easily. Students rated each of the items on a four-point scale, ranging from 1, not very true of me, to 4, very true of me.

Susanne: You also measure the instruction time, English Language Arts scores, and Grade Point Averages of the students. Please tell us more about these measures.
Staci: The academic related outcomes were obtained directly from the school district. Instruction time is the percent of time that individual students receive instruction. It is equivalent to class attendance. A score of a 100 indicates that a student was present for all of the instruction time. At the time of the study, the standardized test that was being used was the California Standard Test. So, that was collected in the spring of 2012, which is a baseline measure, and the follow-up was collected in the spring of 2013. That test, at the time, was administered to all the students in grades 2 through 11 throughout California. The grade point average was reported by the district and that was the grade point average for each students, and we obtained it from Fall 2012 and from Spring 2013. At baseline, the treatment students had significantly lower amount of instruction time and significantly lower Fall GPA.

Susanne: Does your study recommend implementing Quiet Time, which includes Transcendental Meditation, into schools?
Staci: This study was a preliminary study, so it’s not the highest level of rigor in design. To be able to make some more causal claims, we need to implement a randomized control trial or use a statistically matched control group. Our findings from this study, which can be viewed as a foundational study, found positive results for students who participated in Quiet Time. Future research is necessary, but I think our conclusion from the study is that the preliminary results point to positive results from Quiet Time.