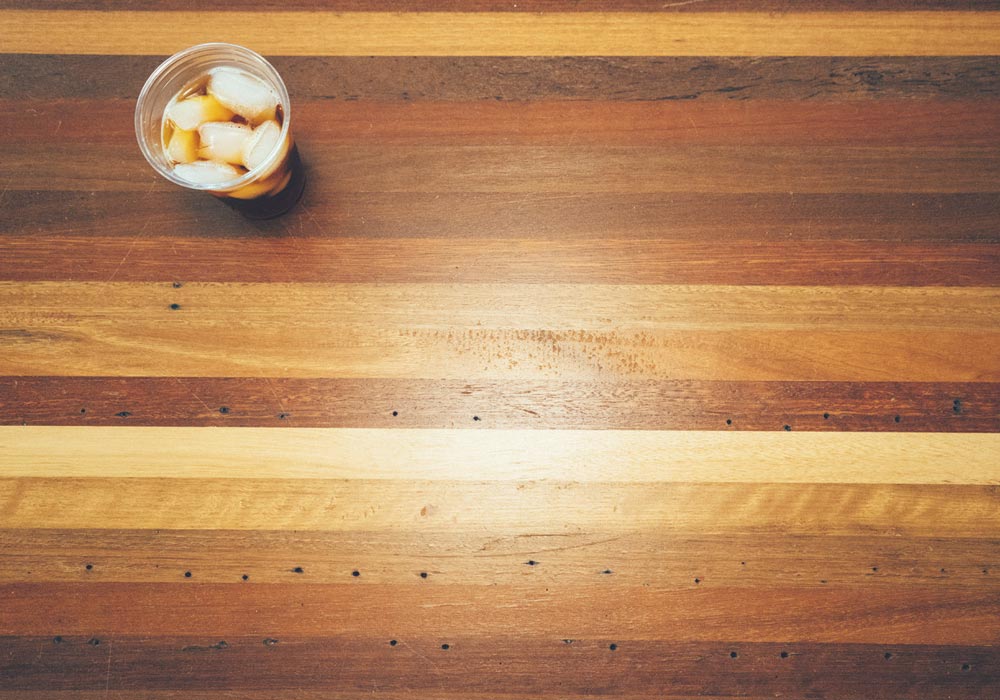 It is little known outside of Asia that Thailand really does not have a tea culture of its own. Until just a few decades ago, travelers were routinely astounded to learn that it was difficult to even find tea in Thailand. Imports from China, neighboring Burma, Vietnam and Japan were offered in the few markets that sold tea at all. Incredibly, as recently as the 1990s tourists in Bangkok could purchase Japanese matcha tea, but no local Thai teas were available.

The missing piece of this odd mystery is summarized in one word: opium. Most of the arable crop land in Northern Thailand was used to grow opium until the 1970s; the area was a major contributor of the so-called Golden Triangle opium and heroin trade. With enormously profitable drugs supplying huge incomes to small villages, there was no reason to grow anything else. Nor was there any land to do so; it was all taken up by the poppy fields.

Then the Thai royal family, the nation’s government and people decided to change things for the better. Beginning in the late 1970s the authorities cracked down on the opium trade and assisted local farmers with “replacement” crops like tea and coffee. By the early 2000s the first tea crops started coming in and the results were beyond everyone’s expectations. Now, Northern Thailand produces some of the best tea in Asia, though in small quantities and in heavy competition with their neighbors.

The current selection of Thai tea ranges from a very fine oolong to many black and herbal varieties. Thai green and scented teas are also a big hit with consumers in Asia and elsewhere, as are Thai iced tea floats.

Perhaps the most popular Thai tea these days is commonly called Thai iced tea, locally known as cha-yen. It is a strong red tea with a bit of anise added for taste. Combined with condensed milk, sugar and a few other spices, Thais like to drink their cha-yen on crushed ice. After the tea-and-ice serving is ready, the final touch is an added splash of either whole or evaporated milk. In Bangkok’s coffee-and-tea houses, the iced cha-yen is invariably served in tall glasses; that’s part of its local mystique.

For those who want to try their hand at preparing some cha-yen at home, here’s how:

(No local source of Thai tea? Most of the varieties are available online from many sources and at reasonable prices. If you want the good stuff, try to purchase a bag of Cha Dra Muer, which comes in a white and red plastic bag and sometimes goes by the name “Number One Brand.” That’s no lie; Cha Dra Muer is considered by the locals in Bangkok to be the best Thai tea available. If you live in a large city, you can probably find an Asian food store that sells it. Otherwise, get it online and pay extra for the shipping; it’s worth the cost. As a last resort, you can use any high-quality black tea, but it won’t be “authentic” Thai tea.)

If the above recipe seems a bit weak, no need to increase the amount of tea next time, just add a few minutes to the steeping time.

Don’t be surprised at the orange color of this “black” tea. For some unknown reason, the Thai people like their tea to look orange so they add some food coloring to the tea leaves. The color has no effect on the taste, but for the uninitiated the bright color can be a bit of a shock.

The Thais also have their own variety of green tea. Compared to the other green teas from China and Japan, the Thai version is naturally sweet and comes in dozens of local flavors, including lemon, rose and barley. Of all the different kinds of tea that are grown in Thailand, the locals seem to prefer their country’s sweet green tea above all others. Thai green tea is catching on in other Asian nations as well, and is showing up in tea shops in the West too.

The large cities in Thailand import various teas from other Asian countries, primarily China. Bubble tea, which contains pieces of tapioca, as well as matcha tea from Japan, is also available in Bangkok restaurants.

Now that Thailand’s tea market has developed its own character and reputation within and outside Asia, it’s safe to say that many variants of Thai tea will be making a big splash in the West in the near future. Already, most of the large tea and coffee shops in the U.S. and Europe offer at least one or two kinds of Thai tea. Considering the country’s short tenure as a tea producer, and its dark history as a key member of the Golden Triangle, one must give credit to the farmers of Northern Thailand. They have built a profitable, large scale tea business in short order.