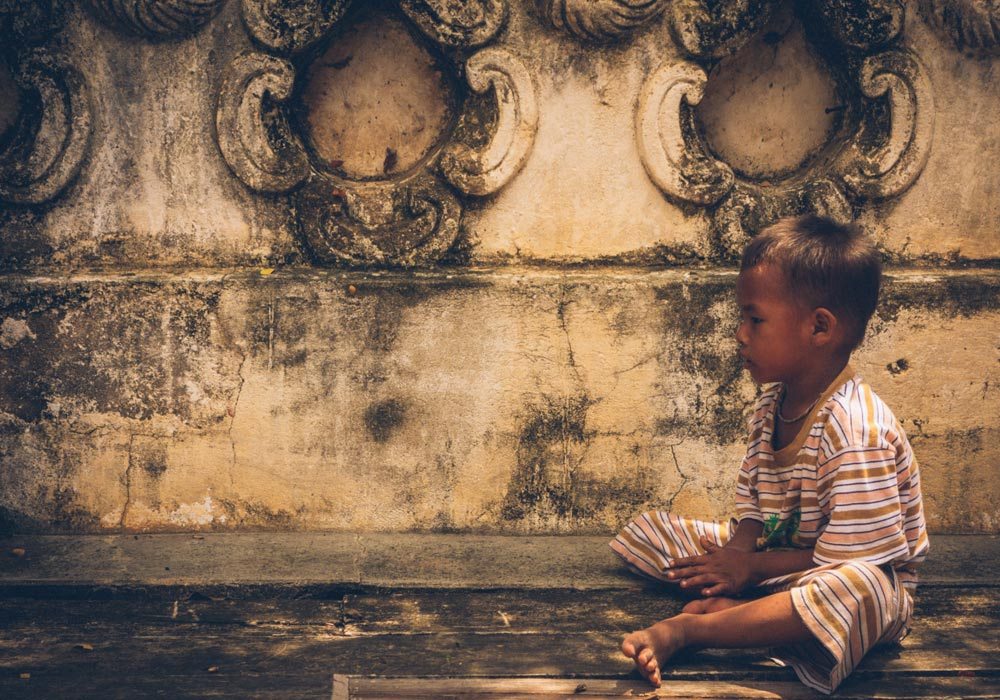 Burma, sometimes called Myanmar, has a unique tea culture that came about from the mixture of ancient influences from India, and more modern ones from Britain. Even with its varied background and unusual mixture of historic lineages, Burma has developed an independent way of growing, serving and consuming tea. In fact, there is no other place on earth where tea is eaten. Yes, the Burmese not only drink tea, but also eat a pickled version of dried tea leaves as part of a meal or as a stand-alone salad.

The Shan state in Burma is the unofficial “tea headquarters” of the country, home to most of the tea grown in Burma. In fact, tea is about the strongest drink you can find in Burma, a nation with very conservative attitudes toward alcohol of all kinds. But some say the power of the tea makes up for the lack of wine, beer and liquor.

China’s influence is clearly seen in the sheer amount of green tea in Burma. Local Burmese teas, however, are pan-roasted first and then soaked in hot water for several minutes. Weaker teas are typically served in restaurants free of charge, and as a way for diners to get ready for the strong stuff, a powerful mixture of Burmese tea combined with evaporated and condensed milk into a frothy brew.

Make your own Burmese tea

The adding of milk came directly from Indian immigrants to Burma many years ago, while the black tea that is often served alongside the stronger local stuff bespeaks a British origin. To get an idea of what Burmese tea tastes like, put two bags of black tea into a saucepan over medium heat, add about 12 ounces of water, and then boil it for at least five minutes. Put an ounce of evaporated milk and an ounce of condensed milk into a large cup, and then pour six ounces of the hot tea in while mixing briskly with a spoon or whisk.

Burmese food and culture are coming to the West

After a half-century of military repression and closed borders, Burma is finally enjoying more freedom and lots of tourism, both inward and outward. As a result, the world is coming to learn about the nation’s food, tea and culture. Burmese food is currently enjoying something of an international fad among culinary experts, who are fascinated by the mixture of ancient and modern influences in many national dishes.

Like many other Asian nations, Burma has a street culture that is based on one-to-one social interaction, the sharing of tea and food, and friendly conversation. Most big cities have dozens, or hundreds of small tea shops: some are no more than a tiny lean-to with a few low tables and chairs. People read the newspaper, eat Chinese breadsticks and cream cakes, and drink endless quantities of tea, both weak and strong.

At any restaurant or tea shop, as soon as a customer sits down, a small cup of complementary tea is served. Steamed buns and Indian bread are typical repasts for casual diners who love nothing more than to chat and drink tea. Most tea shops are open from the wee hours of the morning until late at night, with a few 24-hour establishments rounding out the offerings so as to include late-shift workers and travelers.

A wet, pickled tea that is generously covered with sesame oil is served in most restaurants in Burma. Peas, peanuts, dried shrimp, fried garlic, and ginger are often served alongside the edible tea. Lahpet can be a meal all on its own but is also served as a snack with green tea for special visitors or at special events. There’s also a pickled tea salad, also featuring the edible tea leaves. It is called lahpet thouk and is something of a national salad, served all over the country.

What Westerners call tapioca tea is called bubble tea in Burma. Also referred to as boba milk tea or pearl milk tea, the beverage is a strong concoction of milk, tea and tapioca. This is one of the Burmese traditions that came directly from Taiwan but is also popular all over Asia and has gained ground in the U.S. as well. There are literally hundreds of variations of bubble tea, many of them prepared in a blender with ice and fruit juice and mixed with alcohol. Some Japanese versions use matcha tea and several types of fruit mixed with ice. Bubble tea is a unique international phenomenon, having originated in Taiwan just a few decades ago. The drink is now one of the most popular tea beverages in various parts of Asia.

The resulting tea should look light brown with a good layer of froth on top and is quite different from most other kinds of tea that Westerners are used to. In Burma, tea has almost a toffee flavor and contains about twice the caffeine of regular black tea, and about three or four times that of Japanese matcha tea. But even in Asia’s most tea-centered culture, most adults drink coffee on a daily basis.

Burmese tea is becoming quite popular in other Asian nations as international coffee and tea houses are sprouting up in the big cities of Hanoi, Bangkok, and elsewhere. The new global economy, for better or worse, is causing a pretty rapid spread of once-local cultures all around the planet, fueled of course by the Internet. Recipes for local tea concoctions that were once known only to villagers in remote Burma are now available online and undergo much modification. Even matcha tea, once confined almost solely to a small sliver of the Asian hemisphere, is now a worldwide phenomenon.

Burma’s tea culture is also changing as a result of recent political changes that allow much more tourism than in years past. As the former “closed society” interacts with the rest of the world, new social customs are replacing the old ones, many of which were centered on tea and tea drinking, and tea eating!