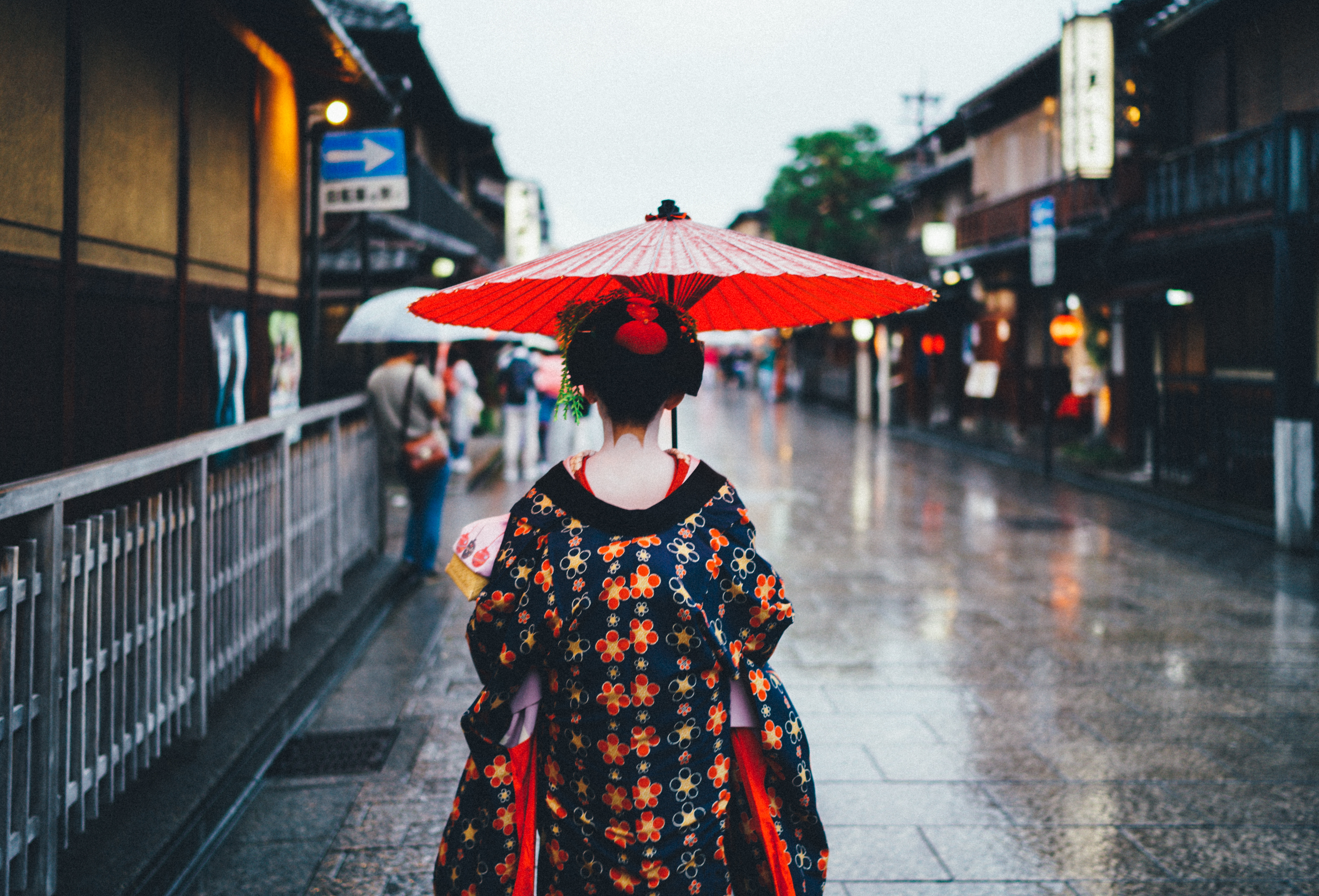 The geisha. Perhaps no other subject about Japan has been so obscured by myth, distorted by half-truths, and twisted by Hollywood films than the long, secretive and honorable culture of the geisha. The tiny fragment of geisha society that remains today is living testament to the tenacity of tradition in a country where history still has meaning, the ritual is revered, and social skills have been elevated to a form of high art.

In fact, there’s so much misinformation about the women who are, and were, geisha, that the best way to uncover the facts about their world is to approach it from the outside in, from the falsehoods and fabrications, and work our way toward a truer understanding of the fascinating life of this esoteric social group.

Who are the Geisha?

Simply put, geisha (note the same form of the word for singular and plural, never “geishas”) are highly-trained professional entertainers in Japan who are adept at conversation, musical performance, singing, dancing, and story-telling. They never offer sexual services, which is a misconception based on the fact that geisha in the 1700s and 1800s worked at brothels as hired singers and dancers.

After the brothel houses and the “oiran” women (who were indeed prostitutes) disappeared, the geisha remained, and still remain as professional entertainers.

Their services are quite expensive, and only about a dozen authentic geisha houses remain in Japan today.

Myth: Geisha women have been around since Japan’s beginnings.

Fact: The first know woman who was a geisha lived in the mid-1700s. The first geisha were men who entertained in guest houses while the wealthy customers waited for the courtesans to arrive. After women entered the geisha profession around 1750, they were such a success that they drove men from the profession and the “all-female geisha” world was born.

Fact: This is one of the most persistent, and completely incorrect, myths about geisha. Even in the 1700s, geisha worked exclusively as entertainers in walled sections of Kyoto and Tokyo known as “pleasure quarters.” There were prostitutes in those districts who hired geisha to keep customers entertained and fed during the early evening hours. Later, the geisha would leave and the courtesans would meet with those same customers.

Myth: The geisha culture has died out.

Fact: While the peak of the culture has long since passed, there are still about 1,000 geisha living in Tokyo and Kyoto. The Japanese government’s cultural ministry works to make sure the remnants of this uniquely native form of ancient entertainment continue.

In the early 1900s, at the peak of the culture’s popularity, there were about 80,000 geisha throughout Japan’s major cities. But even in the early days, geisha houses were typically only situated in Kyoto, Tokyo, and Osaka.

Fact: A very few girls as young as 6 or 7 years old trained to be geisha in the 1700s and 1800s. Since the early 1900s, however, training usually doesn’t begin until a girl reaches early adulthood, typically 18 years old.

Myth: A trainee is not allowed to be seen in public until her training is complete.

Fact: This illogical bit of misinformation is based on several Western novels and has zero basis in fact. Trainees, called maiko, usually watch and work alongside their geisha elders for at least one year until she earns the title “geiko,” or simply, and more generically, “geisha.”

It’s important to understand that women who enter the geisha training beyond their 20th birthday are not called maiko. Even in training they’re called geisha but are not allowed to work alone as entertainers until their training is complete.

The common progression goes like this: Enter the profession after an interview (and approval of parents for 18- and 19-year-olds): train by just watching and assisting for about one year; continue assisting other geisha for approximately five years before being allowed to work alone.

Fact: With rare exceptions, the five remaining geisha houses in Kyoto and the six in Tokyo are not “open for business.” A few modern geisha speak languages other than Japanese, but usually aren’t conversant in anything other than their native tongue.

The majority of patrons are males, but perhaps 10 to 20 percent are women. Statistics are hard to verify because much of the geisha culture still operates in a semi-esoteric fashion.

Non-Japanese who want to hire a geisha to entertain at a formal dinner (which takes place at the geisha house in nearly all cases) need to find a Japanese person who has a connection with one of the houses. Wealthy and politically-connected people tend to “know someone who knows someone” who can get a new customer into a geisha dinner. It’s akin to joining a very exclusive, private social club in the U.S. or the U.K. You can’t just walk in and put money on the table for the service.

Lately, at least two of the authentic geisha houses have opened up their doors, however haltingly, to tour groups. Several Japan-based travel agencies offer plans that include a geisha dinner and the opportunity to interact with the women. Remember that geisha are trained entertainers and are experts at putting on group meals that include game-playing, social drinking of alcohol, live traditional Japanese music, dance performances, and friendly conversation.

While geisha, both maiko trainees, and geiko/geisha “graduates,” do live a rather insulated personal life in a house with other women who do the same thing, young maiko and older geisha can be spotted on the backstreets of Kyoto and Tokyo if one knows where to look.

For those who plan to visit Japan, the best way to have some type of interaction with geisha is to contact a licensed tour agency in Japan or work with a well-placed (Japanese) personal acquaintance who is geisha-connected.

Probably 95 percent of Japanese people have never seen a geisha performance, so a chance to take a peek into this semi-secret world of Japanese culture is a once-in-a-lifetime experience.