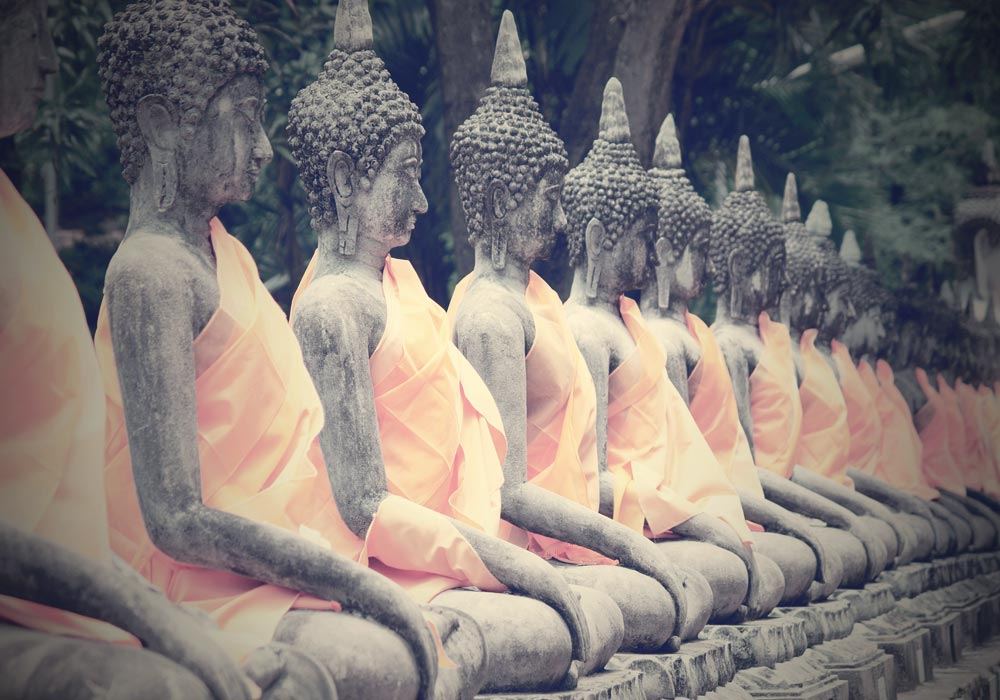 Medical professionals the world over recommend meditation as a way to improve human health. Not only can generic meditative practices help people relax, they can also bring about a clearing of the mind and an overall settling of the psyche.

The practice has been around for almost 3,000 years. Since its historic beginnings, which even predate the life of the Buddha by approximately 500 years, fitness experts, business executives and retired people have taken up regular meditation as a way to heal and feel better in all sorts of ways. Indeed, many Eastern practices are taking hold in the West, like the practice of yoga, meditation, and even tea ceremony that includes the consumption of traditional Japanese matcha tea.

Sometimes referred to as “relaxation meditation,” the most common form of the modern practice involves little more than sitting still and calming the mind. Professional journals publish academic and scientific studies on the effects of meditation, but most enthusiasts know how effective it is through its results.

How can meditation improve health?

Many documented and anecdotal benefits of meditation are bandied about in the media. The most commonly discussed advantages of a regular regimen include the following five:

In addition to the above, there is anecdotal evidence that a daily meditation practice can help recovering addicts stay off drugs and alcohol by settling their bodies and minds.

But those are merely the physical aspects of the issue. For thousands of years, millions of people have turned to meditation to quell inner emotional turmoil and seek a generalized peace of mind. One need not sit motionless for hours on end. In fact, most modern meditation enthusiasts sit for 10 to 20 minutes each day, though perhaps increasing that time after they get used to the routine.

Those who suffer from nagging negative thought patterns, ennui, a lack of self-awareness, too much stress or an overly busy family life can benefit from the inner calm that daily meditation brings. Since the 1950s, those in the West have increasingly taken to meditation as a way to heal both the inner and outer self. Medical science is finally coming around to this way of thinking. In fact, meditation is now widely studied by brain researchers and scientists of every stripe. More and more research is pointing to the specific effects of the practice, while various Asian cultures are seeing a re-awakening of the discipline in their own societies.

The primary scientific conclusion about the benefits of regular meditation typically refer to the fact that it clears the mind in the long term, reduces dozens of physical maladies in the short term, and brings peace and calm to those who suffer from an overdose of social stimulation. Researchers at the renowned Mayo Clinic have been studying meditation’s medical effects for many years. They note that a daily routine of sitting still and focusing the mind can yield a wide array of benefits, not the least of which is an overall sense of well being both emotionally and physically.

The key differences between meditation and religion

Buddhism, Hinduism and multiple Asian religious traditions often employ meditation as a part of a generalized worship ritual. Indeed, certain types of Christian and Judaic contemplative prayer can be considered variants of meditation. But when medical experts discuss the benefits of meditation, they are speaking of a secular form of the practice.

The goals of religious meditation are much different than the goals of a regimen of daily stress-reduction meditation. While anyone can practice just one, or both of those forms, the topic at hand deals specifically with the secular version. For more information about the specific religious practices, one can turn to ministers, monks, swamis, and gurus of the faiths that employ meditation.

Nowadays, especially in industrialized nations of the world, a typical daily meditation routine takes place in the morning after waking, but before going to work or school. Some say that this is the prime time to instill a sense of calm in the mind and body that will last throughout the day. Practitioners often supplement a single session with yet another meditative sitting in the evening. It is a commonly expressed feeling that two sessions per day can go a long way toward clearing the mind and body of negative emotions and urban “noise.” Clutter in the brain often melts when confronted with regular, focused attention.

The power of meditation to clear one’s life of bad thoughts, habits and emotions is one of the reasons the discipline has withstood the test of nearly 30 centuries of use. It works; otherwise millions of people each day would not be doing it!

Heart problems are a common problem in the modern world. Many people suffer from an over-worked heart, in addition to environmental pollution that invades the entire body and affects the heart, lungs, blood and nerves. The inherent calming effect of meditation has been shown to decrease blood pressure, which means that the heart has an easier job to do. The fact that meditation has a calming, slowing effect on the physical body is just one of the reasons that so many doctors recommend it for those who suffer from various heart problems and high blood pressure.

Depression is considered a disorder of the mind rather than the body, yet psychologists routinely advise depressed patients to take up meditation. Apparently, a calm, focused disposition contributes to a happier life even in small doses. One need not become a Yogi in order to acquire the benefits of meditation.

Those who have meditated regularly for decades often tell beginners to not expect results right away. Rather, it is a good idea to start out slowly and build up to a three or four times per week frequency. A standard beginner’s regimen might include a 10-20 minute sitting about five times per week. Later, after one becomes comfortable with the routine of daily sitting, this could escalate to two short sessions per day, one in the morning and one in the evening.

The key to success with meditation is consistency. Those who set aside some time each day soon begin to notice that their lives just seem calmer and slower.

One of the most common medical complaints in Western cultures is the inability to sleep soundly or without interruption. Regular meditation can be an effective tool for creating deeper, more rejuvenating sleep patterns. In a way, meditation is a form of very structured sleep, even though the practitioner is wide awake. Some think it trains the body and mind to settle down, which might be why people with sleep disorders often turn to meditation as a partial remedy.

The advantages of meditation are many, and modern science continues to find new ways that it benefits those who take part in a daily routine of mindful sitting.