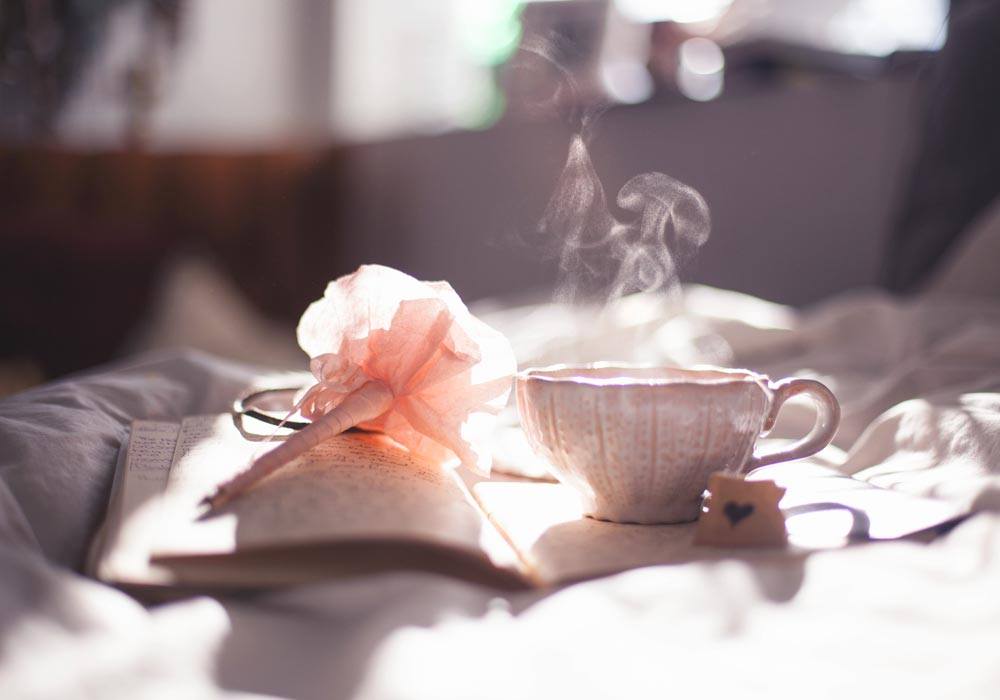 There are many more types of tea than the ones that appear in Western supermarkets. Nearly everyone is familiar with black, green and white tea, since chain grocery stores carry all three kinds and coffee shops typically offer them as well. Tea’s nutritional benefits are well documented by the medical community and by academic research facilities all over the world.

Matcha tea drinkers are usually better-informed about the genre than many casual tea drinkers. Anyone even tangentially familiar with Japanese tea ceremony, and the role that matcha tea plays in it, realizes that there is a huge amount of variation in the world of tea growing.

To scratch the surface, we’ll take a look at black, white, green, oolong, chai, tisanes, rooibos and flowering teas. Any crash course for future tea aficionados begins there, with the eight most common types of tea known to the modern world. So, here’s a quick look at each type, its origin, taste profile and history.

One of the world’s most popular teas, and which includes matcha tea, the family of green teas offer a fresh, delicate taste and smell. Whether served cold or hot, this variety of the plant has a reputation for nutritional value, sweetness and a wide range of flavors.

Green tea, as well as its “cousins” oolong and black, are derived from the camellia sinensis plant. There’s not much processing involved. In fact, most green tea processing uses a very slow drying method in order to retain vitamins and minerals. This unique preparation is one reason that green tea has been known for centuries for its healthful, flavorful properties.

Black tea is the number one tea in the world in terms of consumption. The wide array of varieties even within the category of black teas offers something for everyone. People on every continent drink black tea. It is served hot, iced and as a mixer for all sorts of other beverages. Unlike green teas, this variety is highly processed after it is harvested. Much like tobacco, black tea leaves are dried and then rolled. At this point, the leaves turn a much darker shade than their original hue. This is a crucial point in the processing, where the leaves are heated to lock in their flavor. From the U.K. to India and China and everywhere in between, black tea sits on the breakfast, lunch and dinner tables of billions of people each day.

Some tea enthusiasts call oolong a hybrid tea because it is very much like a cross between black and green tea. Its mellow, fresh taste profile offers a vast range of tantalizing flavors. To some, it smells like black tea but tastes like green tea. However, that description is perhaps an over-simplification. Its fermentation and oxidation processing is neither extreme nor minimal, falling directly between that of black and green teas. Like its green relative, oolong boasts antioxidant ingredients and a host of nutritional qualities. Anecdotal information about oolong tea points to its possible capability as a help in weight control and anti-aging.

There is no grassy taste to white tea, rather a sweetly delicate flavor that is a good alternative for those who love tea but are not fans of green, black or oolong. Growers pick the leaves early in the growth cycle, even before the buds have matured. During the steaming and drying process, the natural, minute cilia on the buds become a silver-white color. Legend has it that growers called the resultant drink “white tea” due to this odd coloration phenomenon. Though not air-dried, white tea leaves endure a steaming phase during processing. Fans of white tea point to its fresh, clean taste, and the high dosage of polyphenols in the final product as two reasons for its popularity.

A bit of clarification is needed when speaking about chai tea. In several nations, the word for tea is “chai,” and does not always refer to a unique variety of the drink. However, there is indeed a formal variety of tea known as chai. It began its centuries-long life in India and has slowly built a huge following all over the world. One of the most common types, known as masala chai, is usually a mixture of rooibos, green and black teas in differing amounts. In Africa and India, chai is often consumed with additives like milk, sugar and honey.

Not nearly as well known as green, black or oolong teas, rooibos hails from the high country in South Africa, where it is sometimes called redbush tea. Known on that continent for its nutty, sweet flavor, this unique drink is indeed red in color. Like most other teas it offers a generous helping of vitamins and minerals.

Part art form and part beverage, flowering teas are an odd creation. Combining high-quality tea and flowers with a stitching process, the bundles are heated in water before the resulting drink is served. Then, the flower-and-tea-leaf bundles are displayed in glass jars as stand-alone works for art. Highly prized in certain social circles, flowering teas and their accompanying artworks are a visual and culinary reminder of just how important tea is to the human race. As one can imagine, flowering teas come in an endless variety of designs and flavor combinations. Also called blooming teas, these beverages are growing in popularity in Europe and the U.S.

Another type of tea that is enjoying a surge in popularity is the family of brews known as tisanes, or herbal teas. While oolong, black, green and white teas originate with the same plant, camellia sinensis, the herbal teas do not. Technically speaking, these fruity drinks that are usually brewed just like standard teas but are not a variety of tea. However, they are served like tea and often taste like some kinds of green and black tea.

All types of tea have been enjoying a popularity boom in recent decades as consumers become more health conscious, get tired of chemical-laden soft drinks and just want to enjoy better tasting drinks.