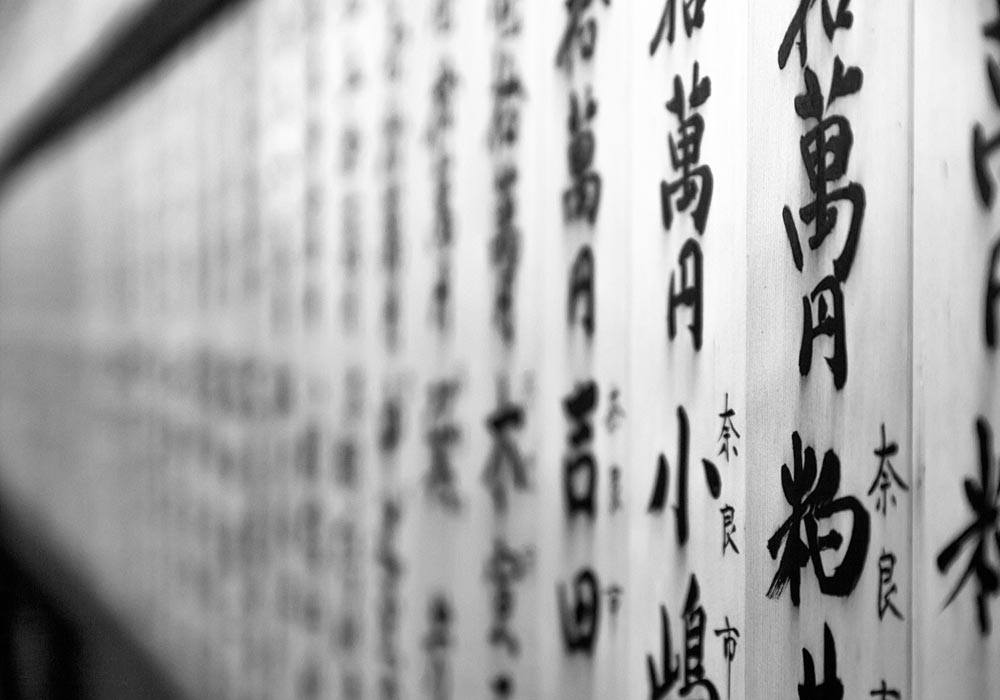 Japanese language as an academic study goes though cycles of popularity. In the 1980s, when the “Japanese business miracle” was a central topic of discussion in MBA schools worldwide, the language enjoyed a decade-long surge of interest. For about 15 years after that, Westerners began to choose Chinese and Korean over Japanese as a foreign language preference in colleges and graduate programs.

Today, a resurgence of interest in Japanese culture, Zen Buddhism, matcha tea, and martial arts are fueling a new interest in the language. Prospective students, however, are faced with a mountain of misinformation about the study of Japanese and often end up turning their attention elsewhere.

How hard is it, really, to learn Japanese? What are some of the little-known factors that make it a good language for Westerners to study? And, how does Japanese compare, in difficulty, with more commonly studied languages like French, Spanish, and Chinese?

Foreign language study in the U.K. and the U.S.
In the U.K., Spanish, French and Chinese are currently the top foreign languages studied. In the U.S., Spanish, French and German are the top three, with Chinese rapidly rising on the list. In most English-speaking nations, Japanese is seldom studied before college, and even then it only has about 100,000 serious students at any given time. That slack is picked up in Asia, where Japan’s neighboring countries often teach Japanese in primary schools.

From an English-speaking perspective, however, Japanese is not much harder to learn than Spanish or French, the two reigning champions of foreign languages in U.K. and U.S. schools.

Pernicious myths about Japanese
There are plenty of scare stories out there about learning Japanese. Most are just urban legends with no basis in fact. Here are some of the most common ones, dispelled:

You have to take lots of college-level courses: Not so. As with any other foreign language, you can learn the basics through online and dedicated textbook study. Yes, a class or two will help, but self-study and having a conversation partner can do the trick.

It takes decades to become fluent: Everyone has different capabilities when it comes to learning a foreign language. Becoming fluent in Japanese will take a typical English-speaker about the same amount of time to learn French or Spanish. Japanese has some uniquely difficult aspects, but it also has a simplified pronunciation system and even simpler verb grammar. It is not uncommon for college students who major in Japanese to become conversant within 2 to 4 years of applied study.

Pronunciation is exceedingly difficult: This is a 100 percent, unadulterated urban legend. Often confused in the Western mind with Chinese (a tonal language), Japanese pronunciation is straightforward and simple to master, even for Americans with “Texas accents.”

English-speaking people can’t learn Japanese: False. Of all the major Asian and Middle-Eastern languages, Japanese is perhaps the easiest for Westerners to learn.

Very few people speak Japanese: This is a common criticism, but to be honest, it does contain a grain of truth. Besides the 126 million Japanese, there are large populations of Japanese speakers elsewhere in Asia, notably China, Korea and Thailand. South America also has large communities of Japanese speakers as do the U.S. states of Hawaii and California. In addition, once a person learns Japanese, it is rather easy to pick up Korean, because the two languages are quite similar. Learning the Japanese writing system will also give anyone a running start at learning to read and write Chinese, even though those two languages have very different grammar and pronunciation rules, and totally different vocabularies.

A Tokyo tongue twister
Like many other cultures, the Japanese enjoy a nice tongue twister. Here is one of the more common ones that students of the language can use to warm up for conversation lessons:

The literal meaning is, “Raw wheat, raw rice, raw egg,” which just happens to be pretty hard to say quickly in English without making a mistake.

Japanese compared to Spanish, French, Chinese and Vietnamese
For native English speakers, Japanese has distinct advantages over Chinese and several other popular foreign languages when it comes to learning the basics.

Writing: Yes, the Japanese writing system incorporates Chinese characters, but it also has a phonetic alphabet that can be learned rather quickly. (There are in fact 2 phonetic alphabets: one for Japanese words and one for words borrowed from other languages). But, with no “accent” marks, no tonal indicators, no weird or arbitrary spelling, and a finite number of ideograph characters borrowed from Chinese, Japanese writing is certainly not the insurmountable obstacle that many fear it to be.

Pronunciation: Japanese has no tones or special, oddball pronunciation rules like English and other, more common languages. And compared to Chinese, French and Vietnamese, it is a simple-to-pronounce language that features just 46 distinct sounds.

Grammar: With very few “irregular” verbs and no future tense, Japanese grammar is a cinch compared to English, Russian (especially), and even French and Spanish.

Even for those who just want to learn a little Japanese, online resources can fill the bill. Anyone planning a trip to Tokyo, for example, is well advised to make an effort to learn some basic phrases, vocabulary words, and grammar. For example, even a passing knowledge of Japanese can help unravel some of the mysteries of matcha tea ceremony.

A visit to Japan can be a true intercultural experience when one can hear and understand the rudiments of Japanese. Being able to say a few coherent phrases will also go a long way toward an enjoyable journey. Visitors who are eager to taste authentic matcha tea and attend traditional Kabuki theater performances should at least spend a few weeks ingesting some Japanese language basics.

Japanese is not a difficult language to learn, and Westerners who set out to take the plunge should know the truth about what they face. The bottom line is that learning to speak Japanese well should take no more of a person’s time than gaining a working knowledge of Spanish, French, German or Chinese.
Ganbaro (that’s “good luck,” for future students of Japanese language).