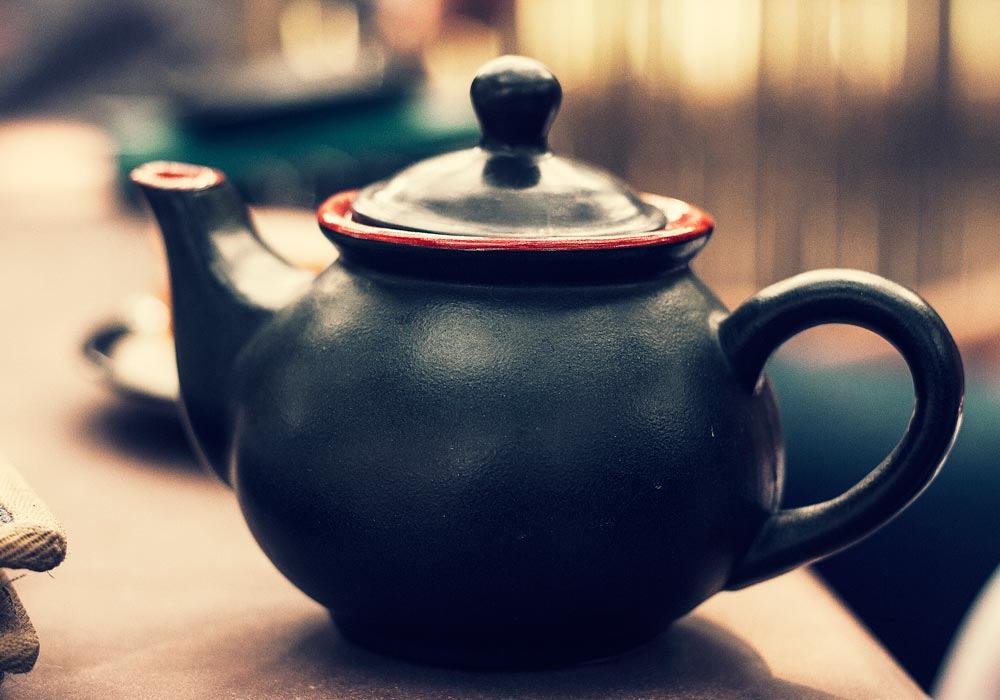 Perhaps more than any other single crop, any individual person, indeed any social or political movement, tea has been at the forefront of human history for the past 1,000 years. In India, China, Japan and Sri Lanka, the growing and selling of tea has often been at the center of international confrontations, trade wars, and economic revolutions.

A common misconception is that Ceylon tea (from Sri Lanka) is one of the oldest crops among the world’s many tea economies. The opposite is true. Ceylon, which changed its name to Sri Lanka in 1948, was a coffee producer until well into the 1800s. Compared to Japan and China, the country’s entry into the tea market is quite a new phenomenon!

Historically similar to Japan in its geographic isolation and close relationship with a much larger and more powerful neighbor (China in Japan’s case, India in Ceylon’s), Ceylon was essentially a one-crop country for much of its early history, and that crop was coffee. Indeed, the country was the world’s largest exporter of the vital cash crop by the 1870s.

A land ideally suited to grow coffee or tea, the nation was tied to coffee for various reasons until an agricultural blight, called “coffee-rust,” threatened the entire domestic economy. By 1879 the local coffee crop was ruined. Incredibly and against all odds, local growers quickly switched gears and transplanted, literally, tea plants where coffee had grown. The unlikely experiment was a success, and since the 1880s, Ceylon, now Sri Lanka, has been one of the biggest, and most economically prosperous, tea producing nations in the world.

Brought to Japan by Buddhist monks in the 9th century, tea has a long, complicated history in the “land of the rising sun.” But not until two centuries later did Japan develop a local tea culture of its own. Wealthy and powerful samurai warriors in the 1100s began emulating a habit of Chinese high society: they drank tea while engaging in recreation, whether reading verse, discussing literature, or meeting companions. Soon after, tea ceremony became the main way that official business was conducted.

Everything from land sales to peace treaties took place within the strict social confines of ritual tea ceremony. For 500 years, the importance of tea in Japan continued to grow as more and more of the elites and common people turned to the beverage as an enhancer of social interaction.

By the mid-1700s, matcha tea was being grown alongside the more common sencha teas that are known to most of the world today as “Japanese green tea.” By the early 1900s, human labor on the tea plantations was largely replaced by machines that were able to roll, press and steam the leaves before packing and sale. Tea is still an important source of revenue for the Japanese government and for private growers. In a way, the entire history of Japan can be told through tea.

Today, Japan plays a pivotal role in the international tea economy. The country’s use of matcha tea in ancient ceremonial rituals, as well as a massive export market for the product, has brought fame and world renown to the entire Japanese tea industry.

Tea was discovered and first grown in China perhaps as long ago as 2700 B.C. The records are scant, but it is thought the earliest drinkers of the beverage used it for medicinal reasons. By the time of the Han Dynasty, which ruled China from about 200 B.C. to 200 A.D., tea was a part of the elite life, consumed only by royalty and the wealthy for reasons both medical and social. By this time, Chinese rulers and their families had developed a taste for the drink, and grew it on small, private plantations. For the next 700 years, roughly until about 900 A.D., tea grew in popularity and diversity in China.

Different kinds of tea were now available to virtually anyone who wanted to drink it. Tea had finally become a truly “national” drink for the Chinese. The Chinese have done pretty much everything to tea leaves that can be done. They have steeped them, whipped them and boiled them. Growers have produced cake tea, loose leaf varieties, as well as powdered tea.

Since those early days, the Chinese have exported tea all over the world, notably to Japan. Today, tea continues to be a major cash crop for China and is exported to Asia, Europe, North and South America and just about every corner of the globe.

India’s tea industry did not come about from a domestic love of the drink. Quite the contrary, the British are the ones who forced tea growing in India as a way to compete with China for dominance in the industry. Planting Chinese tea seeds in Indian soil in the early 1800s, the British East India Company did everything it could to encourage a tea economy. They subsidized planters, offered cheap land, free advice, and anything else the growers wanted. For many years, the only local people who drank tea in India were the British who lived there and a few Indians who worked for them.

By the 1950s, however, the local Indian population had taken to tea like no other group of people ever had. Now, India is the world’s largest producer of tea and also its greatest consumers of the beverage. Note that the local population consumes up to 70 percent of the massive amount of tea grown in India. In other words, of the 715,000 tons of tea grown in India, domestic consumption accounts for over 500,000 tons of the total.

Whether drinking a cup of matcha tea from one of Japan’s best regions, a pot of Ceylon tea from Sri Lanka, or any of the hundreds of Chinese or Indian brews, people who love tea have made it the second most consumed drink on earth after water. Given the plant’s incredible popularity in modern times, it is no wonder that cultivation of tea has had such a profound impact on all of human history.