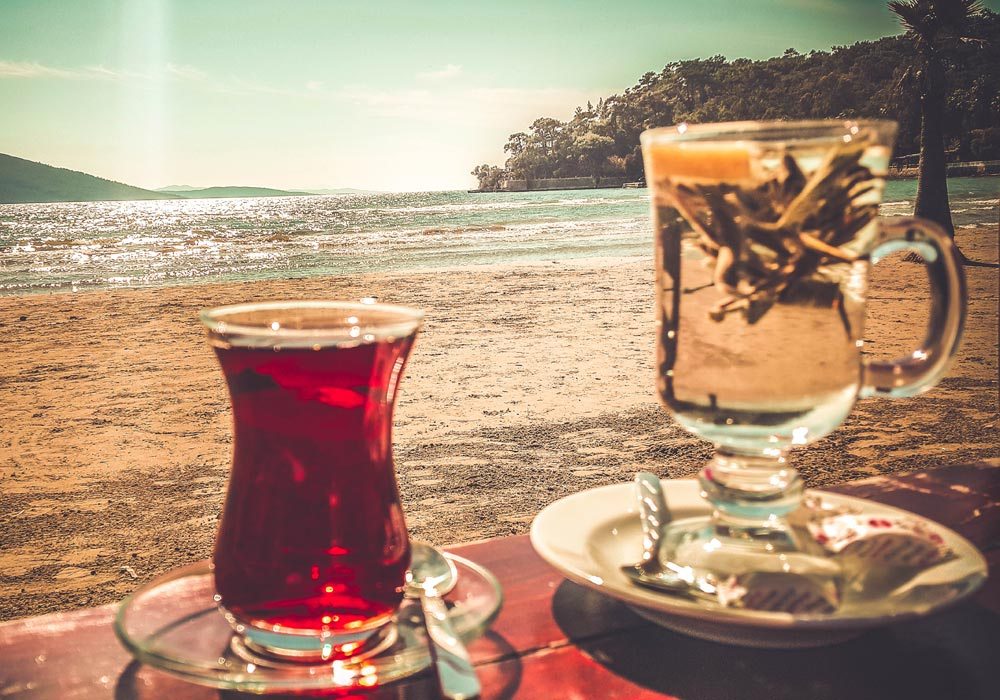 For more than 1,000 years, tea has been used as both a beverage and a medicinal compound. In China, ancient physicians used both dry and liquid tea as a healing agent, while Japan’s Buddhist monks turned to matcha tea as a healthful way to stay alert during long meditation sessions.

Today, tea is getting a second look by the medical community. Many of the ancient uses are being rediscovered; but at the same time, modern science is finding new hope in other uses for the world’s second most popular beverage.

Why is tea one of the best “natural medicines” in existence?

Most varieties of tea have much less caffeine than coffee, contain flavonoids, and have all sorts of health benefits. For optimal health effects, most experts suggest drinking brewed tea and avoiding too much sweetener.

Green tea: Green tea has been subjected to more medical and scientific research than perhaps any other beverage. Benefits include a laundry list of healthful effects that include a reduced risk of stroke, Parkinson’s disease, Alzheimer’s, and various cancers. The drink can also improve artery and vein efficiency and help reduce stress.

Black tea: This popular tea is thought to be a lung cleanser and a stroke reducer, among other things. Black teas are composed of fermented leaves and have the highest caffeine content of all teas.

White tea: Not fermented, white tea is thought to be the strongest anti-cancer beverage within the tea family.

Oolong tea: Though advocates for oolong say that it is a powerful weight loss aid, no definitive proof yet exists for that claim .Oolong is known to help stabilize cholesterol levels.
Pu’erh tea: Fermented and aged, pu’erh is taken to help with weight loss and as a cholesterol stabilizer.

Tea was a medicinal drink long before it gained traction as a beverage. Along the way, through the course of 1,000 or more years, a few legends have built up around the drink. Here are some of the most common ones, debunked:

Tea immediately after a meal is dangerous: This claim, while common, is wholly untrue. With a few exceptions, tea can be consumed at any time, before, after or during a meal. Drinking caffeinated tea in the evening can interfere with sleep for those who are sensitive to caffeine.

Tea deteriorates the stomach lining: This myth has been around for at least a century but has zero basis in fact. Most varieties of tea act to stabilize the body’s chemical balance, even in the stomach. Tea advocates accuse coffee manufacturers of starting this rumor when tea became popular in the West during the early part of the 1800s.

Tea rots the teeth: Again, the contrary seems to be true. Unlike sugary soft drinks and strong blends of coffee, tea is a relatively mild drink that actually has chemicals which act to cleanse the mouth and digestive system. Overly sugared teas can cause dental problems, but that’s a result of the sugar, not the tea.

Tea and milk should never be mixed: This concept is based partly on fact, but is not altogether true. The chemical properties of milk indeed can block some of the healthful benefits of tea, but there is no “danger” in mixing the two. Anyone who enjoys the taste of tea with milk should know that the antioxidant power of tea is cut down by milk. Other than that, there is really nothing wrong with adding milk to tea. In many Asian cultures, milk is the default additive in strong teas.

Steeping tea in boiling water removes all its healthful properties: This “myth” is half true. Most teas can be boiled and retain their nutritional properties, but green tea is a different story. It should be brewed in water that is slightly cooler than boiling in order to keep its full list of health benefits.

Green tea has no caffeine: False. Green tea does contain caffeine, though in smaller amounts than coffee and most other kinds of tea. This myth is common in the U.S. and Canada even today, when so many medical studies are being published about tea as a medicinal aid.

Rinse and brew properly for best taste and medicinal effect

Green tea: All members of the green tea family, especially matcha tea, contain significant amounts of antioxidants and work to help the body set proper cholesterol levels. In addition, green tea can eliminate fat buildup in the liver and invigorate the immune system. Rinse the leaves in cold water and only brew for 1 to 3 minutes in water that is slightly cooler than boiling hot. (No rinsing is necessary for matcha tea powder, of course!) Brewing too long will make the tea taste acidic and bitter. Avoid adding milk because it can cause chemical reactions that dilute the medicinal effects.

Oolong teas: Many people use oolong tea as an adjunct to a full-fledged weight loss regimen, though it is also said to regulate blood pressure, prevent tooth decay, cleanse the liver, cut down on blood sugar levels, and mitigate stress. After rinsing in cold water, brew oolong tea in boiling water for a few minutes and add no milk. The ideal time to consume oolong for maximum health effects is mid-day, preferably about 10 or 20 minutes after lunch.

Pu’erh tea: This delicious brew from China’s Yunnan Province is aged for several years in the dark. Pu’erh enthusiasts say that in addition to all the health benefits of oolong and green tea, pu’erh has the added benefit of being known, anecdotally anyway, as a cancer preventative. Rinse in cool water and brew for several minutes in boiling water. There are claims that pu’erh helps aid sleep, which is why so many people drink it before bedtime.

Among the non-herbal beverages, matcha tea delivers the largest dose of vitamins and minerals to the human body. Its antioxidant profile is diverse and impressive, while its burgeoning popularity among health enthusiasts in encouraging. Tea can truly be called the drink that has the longest pedigree among all known beverages. There is a good reason for that phenomenon: tea is not only a great tasting drink, but is also an effective medical treatment for a wide range of physical maladies.