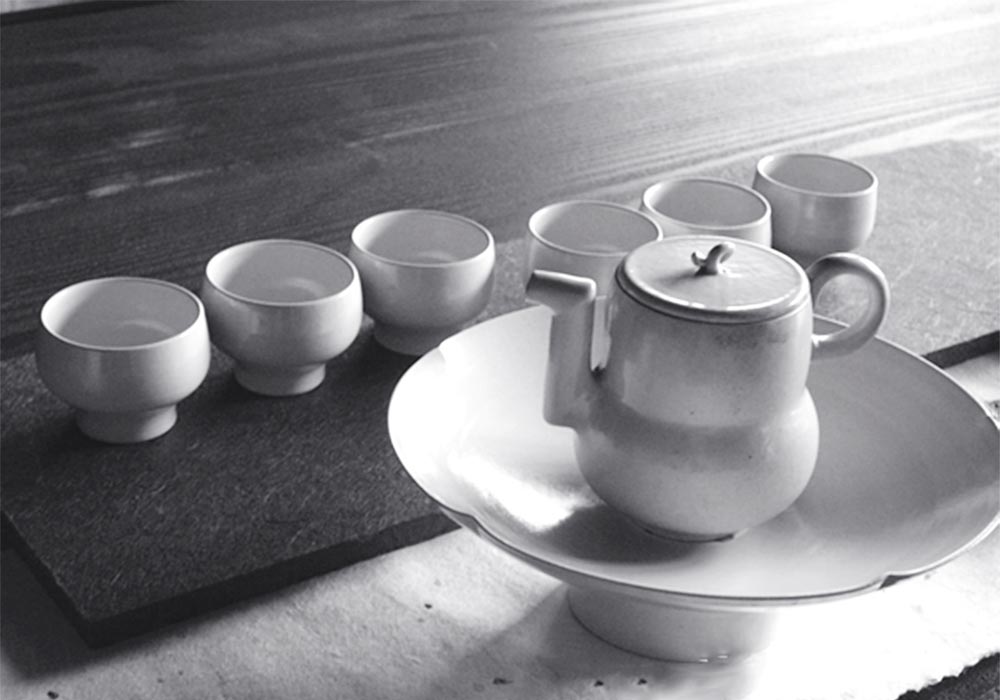 Many people don’t realize that Japanese tea ceremony actually originated in China long before it appeared in Japan in the 9th century. Tea’s journey from China to Japan is somewhat shrouded in the mists of time, but a few facts are known. For example, a millennium before monks brought tea, and tea ceremony, from China, that country was already drinking large quantities of the beverage for reasons of health and recreation.

Many of the nutritional benefits of matcha tea were known, even if only in a crude, non-scientific form, more than 2,000 years ago. Early Chinese people compressed and chopped tea leaves to make what they referred to as cake, or brick tea. Unlike the later versions of Japanese matcha tea used for ceremonial purposes, the Chinese added all sorts of herbs to their brew.

Historians note that the first written record of tea and tea ceremony was written in China by a Chan Buddhist named Lu Yu. The publication was called, “The Classic of Tea,” and it delineated all the forms of the plant then known, described how to pick leaves at the appropriate time, explained how to brew them, what additives to use and how the drink should be served.

Sometime between the years 810 and 820, then-Emperor Saga was on official business in near Shiga prefecture and noted that a monk served him a cup of green tea of a type now called “sencha.” The emperor was so delighted with the taste of the new beverage he ordered that the plant be cultivated on Japanese soil for the very first time.

One reason that modern tea ceremony carries so many religious overtones is because the monk who brought matcha tea to Japan from China in the 800s was a Buddhist monk. His name was Eichu. Though Eichu is credited with being the first person to carry matcha tea into Japan, the practice of tea ceremony and the drinking of tea for health reasons lay partially dormant for a century or so after he introduced the drink to Japan’s shores.

It wasn’t until the 1100s that tea came into its own in Japan. At that time, another Buddhist monk, by the name of Eisai, brought matcha tea back from a trip to China and began the ceremonial use of ground green tea, largely for religious purposes. As Eisai did in the 12th century, modern Japanese people use ground matcha tea that is whipped in order to blend it with hot water. After that, the warm drink is ready to be used in formal tea ceremony.

The tea prepared by Eisai was called tencha, and it is the version used in most tea ceremony today. That original batch of seeds spawned an entire industry that was supported by the Japanese ruling classes, including the emperor. Kyoto was the region where Eisai’s original variety of tea was grown. It is important to realize that in those days Japan was a very poor, isolated nation. Only the wealthiest and most powerful individuals had access to luxury goods like matcha tea. So, while the emperor, the military leaders and the highest ranking Buddhist monks were familiar with matcha tea and its associated ceremonies, many of the common people had no inkling about such rarefied practices and goods, even as late as the 1200s (the 13th century).

Oddly, even though tea and tea ceremony had been around for more than 1500 years by this time, tea did not truly make its mark on Japanese culture until the 1400s, during which time the country entered the Muromachi Period. This era, which spanned most of the 1300s up to the mid-1500s, was a watershed for tea culture and ceremony. Many experts point to these years as the birth of authentic Japanese culture. Indeed, the cultural and political elites of the day strongly encouraged the cultivation of tea and the Buddhist-inspired philosophy that accompanied its drinking.

Buddhist monks and lay practitioners used tea ceremony as a sort of vehicle to practice essential religious precepts. Both the inner and outer life of the individual was nurtured in preparation for the next life. Many of these rituals were part and parcel of formal tea ceremony, with each step of inner and outer perfection intended to lead to spiritual enlightenment.

Westerners often misinterpret Japanese tea ceremony as focusing on the drinking of tea and social interaction. However, to the Japanese mind, such ceremonies carry their most important lessons in a hidden form. What outsiders witness appears to be a robotic ritual that involves very little speaking and perfunctory tea drinking. In reality, as the philosopher Marshall McLuhan might say, the medium is the message. Or, in the case of tea ceremony, the ritual merely represents what is going on inside the minds and souls of those taking part.

No history of tea ceremony would be complete without mention of the serious Zen student named Murata Juko. He alone brought all the pieces of disparate practice together, combining the cultivation, drinking and ceremony of tea into a formalized ritual that survived into modern times. Murata’s influence in the 1500s cannot be overstated, for he alone lent an inner religious aspect to the practice of tea ceremony.

A century or so after Murata, both Takeno Joo and his primary student, Sen No Rikyu, were the next most influential masters and founders of so-called “tea culture.” A full flowering of the ritual was now in existence. Tea culture and its inherently Buddhist underpinnings had massive effects on Japanese philosophy, architecture, art, theatre, music and practically every aspect of life.

There are many different schools of Japanese tea ceremony these days, but they all have key concepts in common. The idea of the four main principles of tea culture is evident in each variety of ceremony in modern Japan. Basic to all practices are the ideas of inner harmony, tranquility, purity and respect. Those four precepts were laid down centuries ago by the founders of this ancient practice. Historians consider tea ceremony to have been “perfected” in Japan, even though it has its roots in China. For the Japanese of the 21st century, tea ceremony is a vital, empowering, wondrous gift from the nation’s early inhabitants.