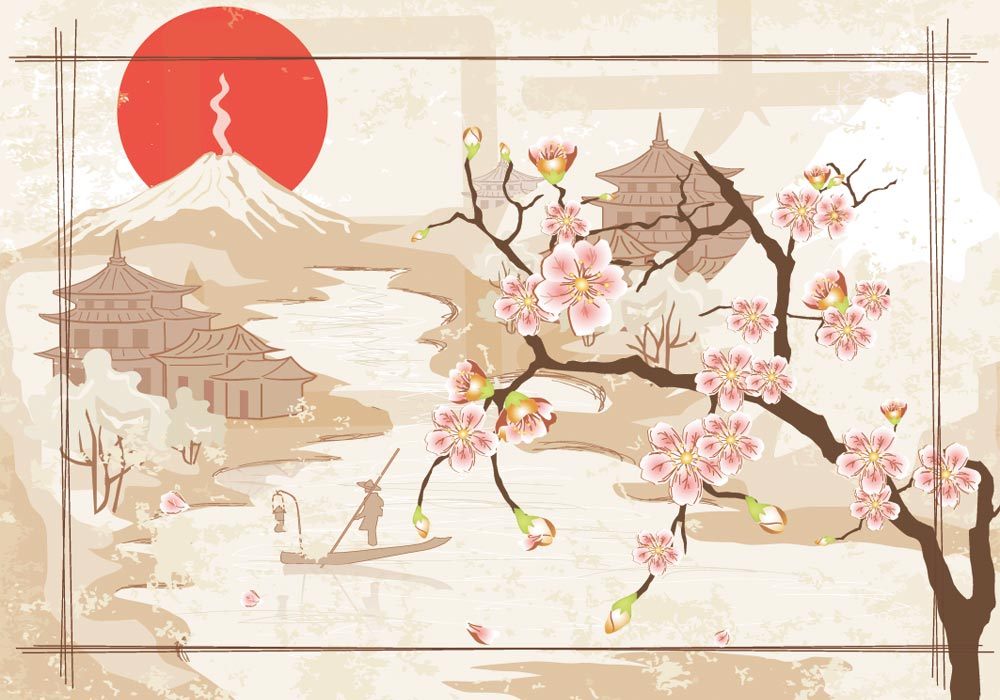 Buddhism and other major spiritual traditions have used parables and so-called “teaching stories” for centuries. Many of the best known Biblical parables, Buddhist tales, Hindu sagas and even humorous Sufi anecdotes are ancient renditions of even older lessons that have come to us from perhaps many thousands of years ago.

Because many of the tales are so old, no one is really sure about their origin. Some that are attributed to Buddhist sources are probably from earlier Hindu writings or oral traditions. The same goes for some of the Sufi stories and Christian parables. Much of what appears in the New Testament, for example, has more ancient origin in Judaic texts and even older Greek myths.

Regardless, the magic of the parable or teaching story is in its essential truth, and how easy it can be to grasp a difficult lesson via a humorous or utterly basic anecdote. There are literally thousands of such stories. Our favorite five are these:

The Thief and the Monk

On a cold winter night, somewhere in the mountain country of Northern Japan, a Zen master heard a thief breaking into his hut. He arose to see that the thief had fled, apparently disappointed that there was nothing to steal, not one item of any value in the entire hut! The monk ran after the thief, trudging through deep snow until he caught up with the young man.

“Wait,” the monk said to the thief as he confronted the surprised fellow. “You came a very long way to visit me. I don’t want you to go away with nothing. Here, please take my cloth shirt and slippers.”

At that, the burglar accepted the items and ran off into the snowy, ink-black night. As the monk walked, barefoot, back to his modest abode, he gazed up at the moon and wondered aloud, “That poor man. I wish I could have given him this beautiful moon.”

Insight: The importance of natural beauty, in this case the moon, appears over and over in Zen and other teaching stories, usually contrasted with valueless worldly goods.

The Old Man and the Tea

In ancient China, a monk was speaking about the lack of serious students. A small group that followed him felt saddened, having believed that they were all worthy protégé’s of the elderly teacher, who was already over 100 years old.

“Teacher, why do you speak so? We are your students, and have already learned much from you.”

The old man retorted, “I am speaking of real knowledge and preparedness. I seek students who are ready to embark on the way of enlightenment. You are not yet ready.”

One of the young followers replied, “Please tell us how to prepare. What must we do?”

At that, the old man smiled and said, “Whosoever knows how to do just one thing well, even if it is to prepare a simple cup of tea, with full attention, that person is wise enough to begin.”

Insight: As in many Biblical accounts, the idea of attention and “waking up” during mundane tasks is at the heart of many Buddhist teaching stories.

The Sun and the Cave

Once, thousands of years before human beings roamed the earth, the sun began a conversation with a cave. They were not able to understand one another very well. The sun didn’t grasp the concept of “darkness,” and the cave couldn’t even imagine what “light” was.

As an experiment, they decided to visit each other. The cave visited the sun and said, “How incredible and beautiful this place is. Now I know what light is, what beauty is. Now, sun, it is your turn to visit my world, the world of caves.”

The sun traveled to earth, gazed inside a few caves and said, “I don’t see any difference.”

Insight: This Sufi story appears in other traditions in various forms, but always ends the same way.

A humble stone-cutter was never satisfied with life, with the family and good things he had. He wished he could be like the richest prince in the kingdom. To his astonishment, he immediately became the prince. Relishing his new-found power and prestige, he gazed at the sun and, noticing how large and powerful it was, he wished he were the sun. He became the sun at once! When a cloud blocked his view of the earth, he wished to be the large cloud. He became it. While enjoying his ability to cause rains all over the earth, he felt something push him. It was the wind. He wished to be the wind and at once became it. Soon, however, being the powerful wind was not enough for him after he noticed that a giant rock affixed to the earth would not move, no matter how hard he blew. So, he wished to become the rock and became it. Now impervious to sun and rain and wind, he truly believed he had found the most powerful position of all. He was the mighty rock! To his disappointment, he soon heard loud tapping noises and felt himself being changed. He thought, “How can anyone change me? I am the powerful, the omnipotent rock.” Immediately, he looked down and noticed a humble stone-cutter, chisel and hammer in hand, cutting into him.

Insight: This story appears in nearly every faith tradition, though in quite differing versions. The main lesson and important details, however, are always the same.

An elderly Zen monk was celebrating his 110th birthday. Several of his older students came to his hut and said, “Master, you are now the eldest monk in the nation, and have taught many thousands of students how to find the path toward enlightenment. We have joined together to prepare this gift for you. Please accept it with our best wishes.”

The old monk was touched. He had not expected anything like this. At once, as a gesture of courtesy, he opened the ornately wrapped gift in front of the students who had brought it. He removed the delicate bow, put the colorful paper aside and took the lid off the gift box. He looked inside. The box was empty. The old monk began to cry tears of joy, realizing his students had thought long and hard about this gift. His eyes were still welled with tears as he looked at the assembled group and said, “Thank you so, so much. It’s just what I’ve always wanted, nothing!”

Insight: This humorous Zen story appeared in the 1920s and has undergone quite a few changes in the nearly hundred years since it first surfaced.

It is interesting to note that many Zen and other spiritual teaching stories focus on the serving and drinking of tea. Zen monks typically drink matcha tea before meditation sessions and at other auspicious times of the year. During formal Japanese tea ceremony, all attendees consume matcha tea and much of Japan’s history is closely intertwined with the harvesting of it. Zen teachers today use the idea of tea drinking as vehicle for teaching important life lessons.