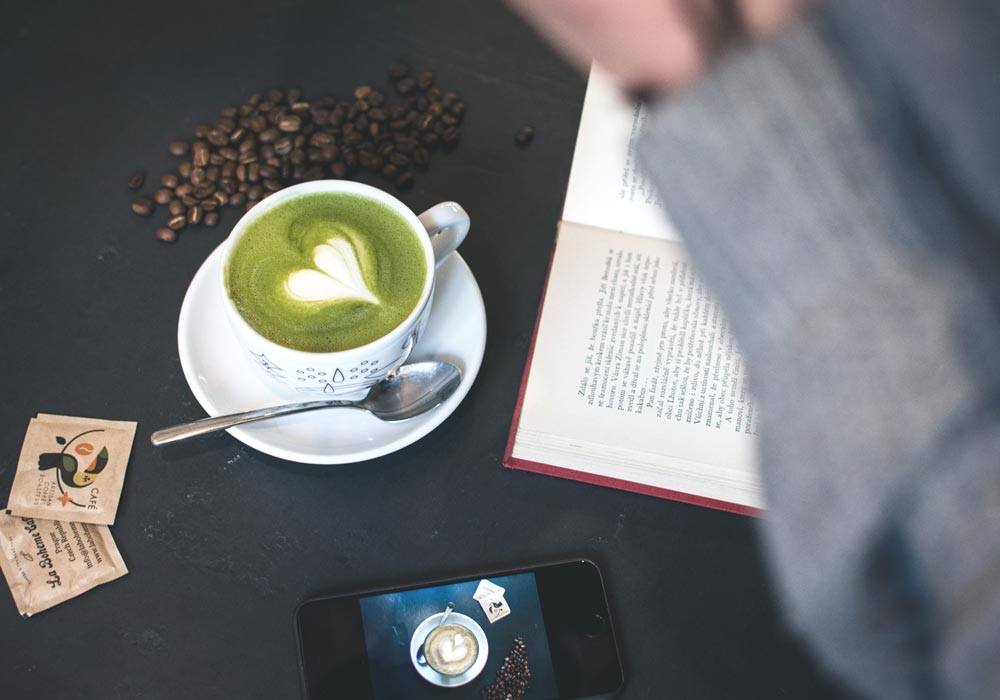 According the international media, matcha tea is set to be one of the biggest things in worldwide beverage culture for the coming year. Most food and drink trends have very short life spans; that is not the case for matcha tea, which looks to be one of the longest and strongest drink phenomena of the decade. Consider that a recent Instagram search found almost a million entries for matcha-everything: shakes, smoothies, facial masks, muffins, bath soaks, ice creams and breads. And that’s just a partial sampling of the list.

The humble Japanese green tea that is actually a whole food (the entire leaf is used in the drink) is most commonly mixed with hot water, sugar, milk and other additives. Because of the plant’s extremely high concentration of various nutrients, health enthusiasts have championed its cause, and the word has been spreading like wildfire.

People in the West seem undeterred by the fact that matcha tea contains some caffeine and is unlike other tea when it comes to taste and smell. But its taste seems to grow on people and the stuff is now one of the most requested drinks in the major coffee-and-tea mega-stores from Hong Kong to Kansas City.

Those who have grown addicted to matcha tea, which seems to be a common occurrence, say that the best additive is milk rather than sugar; adding milk somehow enhances the natural flavor of the matcha, while sugar tends to dampen it. Caffeine-conscious consumers note that a typical cup of matcha tea has about half the caffeine of a regular cup of coffee. Plus, the caffeine in match is of the slow-acting variety, which means no “rush” or crash two hours later.

So far, CBS News and a number of other international media sites have named matcha tea as one of the big culinary trends to watch out for in 2016. Britain’s Daily Mail (international edition) has also named matcha the “biggest superfood” for 2016 and did a recent cover story on all the celebrities who are devoted fans of the green Japanese concoction. Though not all the health claims for matcha tea have been substantiated by scientific studies, enthusiasts glom onto the fact that there is at least some science behind matcha’s ability to lower cholesterol, boost the metabolic rate, assist with dieting, ward off colds, help regulate blood sugar and keep one alert but not amped.

Indeed, the venerable Washington Post listed matcha tea as the number one trend for the coming year, edging out other formidable food trends like sorghum, sauerkraut, seeds, and hemp. While the other four will certainly make their marks on the global marketplace, matcha tea is the only one of the five listed (by the Post) that has already established a loyal following and earned a place on store shelves at all major grocery chains in the U.S. and Europe. Even the tiniest, most unknown farm towns of the Midwestern U.S. stock matcha tea.

International consensus about matcha tea’s popularity seems to rest on several factors. First, the product is not unknown; it’s just a different version of something people already drink and understand. Green tea has been a staple of Western and of course Asian culture for centuries.

Second, the health factor has a powerful influence in the marketing of matcha to tea shops and grocery chains. Any product that has verifiable health benefits, as does matcha tea, is a magnet for today’s consumers, who are at once overwhelmed with and tired of processed and nutritionally worthless snacks and beverages.

Caffeine is a double-edged sword

Some analysts thought that matcha’s caffeine content would work against its marketing efforts. That has not been the case. In fact, it appears that people are drawn to the fact that matcha contains some, but not too much, caffeine. Less than coffee but more than regular black tea seems to be an advertising “sweet spot” that draws in consumers who would like a little boost in the morning, but don’t want to endure the crash that so often accompanies daily coffee consumption.

There’s even a large segment of matcha tea drinkers who appreciate the fact that the tea started out a part of an ancient religious ceremony, and later a social ritual known as tea ceremony. Buddhist monks brought the first matcha tea to Japan about a thousand years ago. Its slow-release caffeine was the ideal elixir for monks who sat for hours in meditation but didn’t want to doze off. In a way, the marketing success of matcha has been building slowly, like its own caffeine release, for a thousand years.

Chefs at some of the world’s finest restaurants are using matcha tea in savory and sweet dishes. Puddings, brownies, soups, guacamole, muffins and even candies can be prepared with matcha as a key ingredient. Not only does the addition of the tea make the resulting food more nutritious, it makes it sparkle with bright color and stand out on a table. Cooks also like the fact that matcha is easy to mix into recipes. It doesn’t burn easily or have an overwhelming odor. For tea drinkers, a small whisk usually does the trick of getting all the powder to combine with the liquid in a way that builds up a froth.

The taste of matcha is unique, which is one of the reasons listed by many news outlets for its marketing allure. People like to try different things, as long as a product tastes good and isn’t unhealthy. Matcha fills the bill perfectly, offering a spinach-like taste that can be appreciated in time and is like no other beverage on the market today.

What matcha tea seems to have done is truly incredible; it has hit nearly every button on the collective dashboard of marketing success. It is nutritious, good-tasting, unusual, trendy, adaptable, and can even be mixed with alcohol. Matcha tea could just be the home-run product of the last half of this decade, let alone 2016.