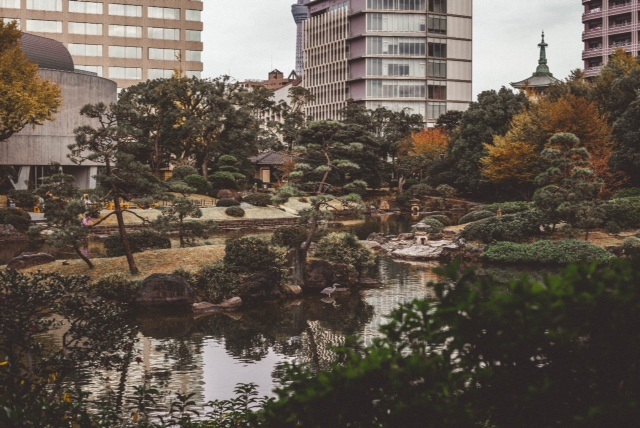 Japan is known all over the world for its beautiful, fragrant gardens. One of the most enchanting elements of these wonders of nature is the complete naturalness of the entire garden. Japanese people avoid placing artificial things in their gardens so as to keep them as close to nature as possible.

Sometime around the beginning of the seventh century A.D., some of the main Japanese gardens were built. It’s said that many of the gardens combine aspects of Taoism, Buddhism and Japan’s indigenous religion, Shintoism.

Today, these incredible creations attest to the procession of time, the unique beauty of the nation’s land, and even the Japanese character. Any trip to Japan should include a visit to some of the major gardens. Don’t skip the minor ones either!

Wherever you travel in Japan you’ll find local gardens that might be small but are just as breathtaking in their charm and unique beauty as the famous gardens on the list below.

The 10 Best Gardens in Japan

This is Kanazawa’s showiest and most famous garden, combining the historically famous “six qualities” that make a perfect garden, according to legend. The qualities include things like serenity, wide open spaces, wisdom, and beautiful views.

This garden features ponds and natural landscape features such as hills and streams, and structures such as pavilions and tea houses.

With a name taken straight out of Confucian teaching, the concept of pleasing those who view it is central to the design of the garden. Confucius stated that a wise leader would think of his subjects’ well-being first and his own well-being second.

You can see the majestic Okayama Castle in the distance while visiting this magnificent garden, which was built in 1687 but not opened up to the public for almost two hundred years, in 1884.

The Japanese name of this garden, which is located smack in the middle of Mito City (within Ibaraki Prefecture) is “the place to enjoy with other people.” At one time it was a private garden but when it was first open to the public, there began a wave of interest in “open” gardens. Every spring, there are more than 3,000 Japanese Plum trees that bloom almost simultaneously, which is a big draw for tourists from Japan and elsewhere.

In the Edo Period, when Samurai ruled the hinterlands of Old Japan, this garden was created for high officials who liked to stroll and relax after a long day of work. Now, thankfully, it is open to the public but you do need to make a reservation. The tours are pleasant and it’s easy to see what those ancient rulers knew about the art of relaxation. The place is totally soothing and peaceful.

There are more than 115 types of moss at this temple. You should know that moss is highly regarded in Japanese gardening lore and this temple’s name actually translates as “The Moss Temple.”

If you want to visit this spectacular and unique place, be ready to do some Buddhist chanting and hand-copying of old documents (no kidding) in order to be admitted. It was once a royal residence but later became a Buddhist temple. Today, it still has the trappings of the old days and reservations are a must.

Japan’s most renowned rock garden is here. The place is a bit of a mystery because its meaning has been lost to history. All that’s known about it is that it was a Zen temple long ago, in the 15th century. But it is amazingly stunning in its design and arrangement. Many return visitors to Japan come back here time and again.

Garden at the Museum of Art in Adachi

Since 2003, this world-famous garden has won Japan’s top award from a prestigious gardening magazine. The gardens are a part of the Adachi Museum, itself a landmark of art and culture in the area. The site is located approximately 3 hours from the city of Kyoto.

One of Tokyo’s most beloved gardens, it’s in the Shinjuku neighborhood and is famous for its lush cherry blossoms each spring season. There’s even a “French” garden within the Japanese one! Tourists and locals love to picnic here and view the peaceful surroundings.

Connected to the Imperial Palace, there’s still the foundation of an ancient castle on the garden grounds. Besides a wonderful landscape garden, there’s a massive moat and other unusual features.

In all of Southern Japan, this is probably the most beautiful garden of all. Close to Okayama City, the garden features long walking trails, large ponds, old teahouses, and elegant shrubs. It was once open only to Japan’s Imperial family.

What to Look for in Japanese Gardens

For those new to the idea of Japanese gardens, it helps to know what to look for because Western gardens are quite different from Japanese ones. For one thing, most Japanese gardens have several common elements, like stones, water, lanterns, bridges, and plants.

Each component of a Japanese garden represents an important idea of the aspect of the nation’s heritage or national character. Here are some of the most important things to look for when you visit any Japanese garden, large or small:

Plants of all kinds represent the fluid aspect of human thought and the transitory nature of life itself. Bridges are meant as a place for visitors to view the rest of the garden’s charms. They represent a “bridge” between humanity and the world of plants, animals and the earth itself. Be sure to linger for a few minutes if you encounter a garden bridge.

Lanterns are a central part of Japanese symbolism, representing the “light” of intellectual knowledge and a functional way to see in the darkness of life. You’ll see all kinds of lanterns in Japanese gardens, including real ones, stone versions, and others made from wood and other materials.

Stones, perhaps the most important of all garden pieces in Japan, represent the stoic duration of life as well as the ever-present forces of nature. Japanese garden artists consider the placement and use of stones as the central concept in garden creation.

Water, second only to stone in importance to garden experts, represents many things to the Japanese traditionalist. Not only does water perfectly embody the idea of calm and peace, but it also displays the wonders of nature and the concept of renewal of all things.

Travelers will enjoy Japanese gardens so much more if they are in tune with the common symbols and design elements. Don’t neglect gardens even in cold weather, as the Japanese like to view nature’s beauty year-round. Many tourists are surprised to find some of the major gardens opened even on cold, rainy days. Surprisingly, a cold, overcast morning or evening can be the ideal time to visit a Japanese garden.