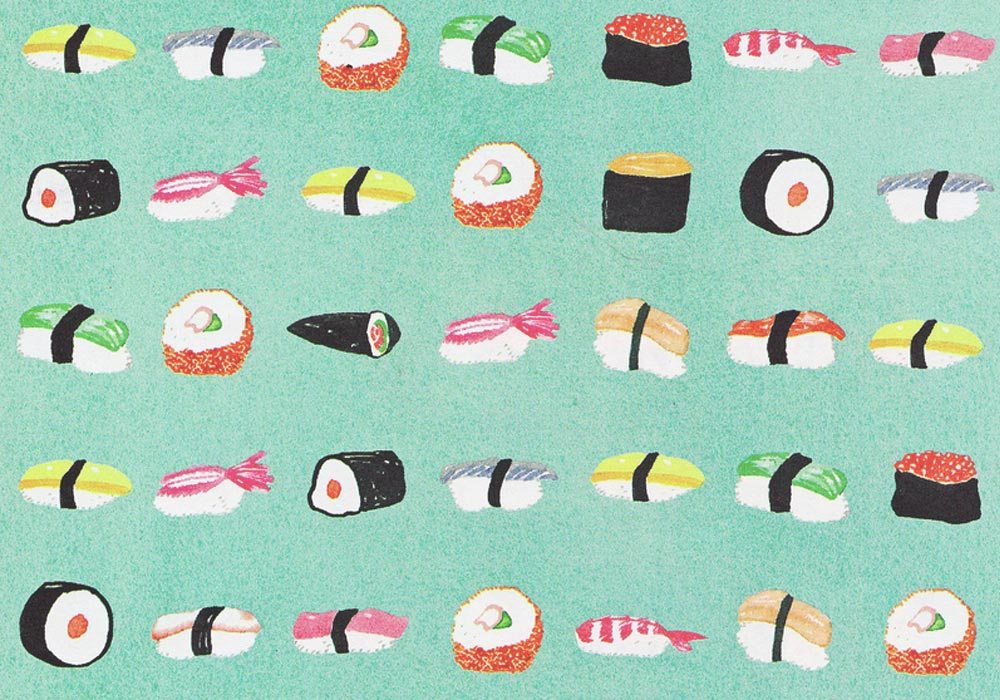 Japanese people are a scientific anomaly in many ways. While they enjoy the longest life span of any nation on earth, the country’s rates of alcoholism, smoking and stress are also quite high. Many experts point to Japan’s traditional diet as the key reason for their long life and overall good health.

Japanese get huge amounts of vitamins A, C, B12, protein and iodine from the ever-present seaweed in many of their most common dishes. Soy and rice are also parts of most meals. By filling up on short-grain rice and including a small amount of soy alongside numerous other foods, most adults in Japan end up consuming a low fat, high protein diet. Protein arrives via fish as well, a daily staple of the diet. Another high protein food, fish is unique in its ability to deliver omega-3 fatty acids into the human bloodstream. Omega-3 fatty acid is one of the most nutritious food sources on earth, and the Japanese get plenty of it on a daily basis.

That’s the overall view, but what are some of the key reasons that the Japanese diet might be behind the country’s incredible longevity? The following are some of the more significant factors:

Japanese meals tend to combine many different types of food, but are short on fat and long on healthful variety. More importantly, portion sizes are small compared to typical Western meals. Plates are smaller, food is arranged and presented in an artistic way, and people just seem to enjoy the visual aspect of a meal along with the gastronomic benefits. In a culture where everything means something (in Japan, even “nothing” means something), foods are arranged on a plate to be pleasing to the eyes. Japanese take more time to consume their food. They appreciate the look, smell, temperature, everything. A meal is an event, not a quick way to pump down a few hundred calories. As a result, Japanese people tend to eat less food, per kilogram of body weight, than most other cultures.

Rice is a complex carbohydrate that offers a wealth of energy and nutrition in a low-fat form. Because it is also starchy and filling, it leaves people feeling full. Because Japanese eat rice at every meal, they tend to get full rather quickly. That means less junk-eating later in the meal or later in the day. Rice is both filling and nutritious, so it serves two purposes at once in a healthy diet.

The Japanese love their vegetables. They eat tons of them. They eat them in the morning, afternoon and evening. One of their favorite dishes is a broth soup that contains up to a dozen different kinds of vegetables. No one in Japan bats an eye when someone makes a “dinner salad” for breakfast. They also stir-fry vegetables, or steam them as the main course of any meal of the day. Japanese love vegetables more than they love Sumo and baseball combined, and that’s saying something! Forget “Land of the rising sun.” Japan is the land of the rising vegetable.

Tuna and salmon are favorites in Japan, but other fish will do, and do do. Mackerel, perch, herring, sardines, you name it. If it swims and isn’t a whale, the Japanese will cook it (or not cook it), put it in a bowl or on a stick, and eat it. (Heck, even if it IS a whale, they’ll eat it, but that’s another topic for another day). More fish means more omega-3 fatty acids and less red meat. Score: Japanese, 2. Disease, zero.

When our (European and American) mothers told us that some people don’t eat sugary desserts after every meal, they were referring to the Japanese, who savor a “dessert” of artistically arranged fruits. Fruit is the king, or emperor, of Japanese desserts, though cakes and typical Western sweets are not unheard of. But when you do see a Japanese person eating cake or pie for dessert, you’ll notice a very strange thing: the portion size is… (wait for it)… small. Yes, a tiny piece of cake on a tiny plate, being eaten and enjoyed by a grown person who is more than likely smiling. In Western culture there is a name for such behavior. It’s called “heresy.” Seriously, the standard Japanese dessert consists of sliced, gorgeous fruit plates and a side of green tea. To the typical Western mind, this is insanity. In Japan, it’s all in a day’s eating, and all in a long, long life.

Imagine what might happen to the already long Japanese lifespan if the nation’s adults stopped smoking and cut down on the salt in their diets. Who knows? With the incredibly healthy diet that is already in place, and has been in place for at least a thousand years, the average life expectancy might climb to 200.

It says much about the Japanese that their top ten most popular foods are, in no particular order:

Note that nine of the top ten foods contain noodles, vegetables, rice or fish. Even the grilled meats are served with rice, and in Japanese homes they tend to serve grilled fish instead of grilled meat. So that’s ten-for-ten in the rice/fish/noodle/vegetable lottery. All four of which could easily be turned into a tasty salad, Japanese-style.

While matcha tea is not a significant component of the Japanese diet, the traditional drink in ritual tea ceremony is packed with antioxidants and nutrients that are not found in any other drink, even fresh fruit juices. Matcha tea is one of the unique factors of the Japanese culinary landscape that sets it apart from the rest of the world. Though matcha did not originate in Japan, Zen Buddhist monks refined the growing and brewing methods that are still used today, almost a thousand years after the tea first arrived on Japanese shores.
Even outside the tea ceremony room, Japanese people consume green tea in significant quantities. All green tea contains antioxidants, particularly polyphenols, which have been pointed to as a powerful booster of physical health.