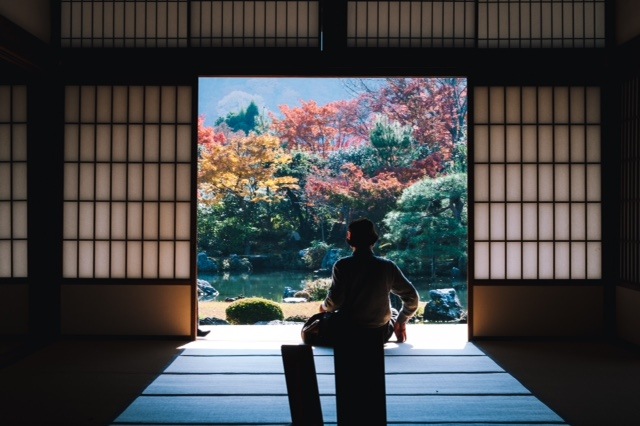 Why are Japan’s flowers such an international sensation? For one thing, the nation’s soil is especially fertile because much of it is infused with rich volcanic minerals and other healthful, natural chemicals. Some kinds of flowers grow better in Japan than anywhere else on earth.

But there’s another reason so many tourists flock to Japan to get an eyeful of the seasonal blooms: flower-related arts, like “ikebana,” or flower arranging, have been elevated to a high place in the nation’s culture. Visitors from all corners of the globe design vacation itineraries around certain blooming seasons.

The cherry blossom is probably the best known of the bunch, but other flower enthusiasts head to Japan to see some world-class examples of lavender, irises, pink moss, and other exotic botanical wonders.

Why Flowers are So Important to Japanese People and Visitors

Since time immemorial, the Japanese have revered delicate, natural beauty. That’s why mountain, ocean and landscape scenes seem to dominate so much of the nation’s early art. Today, flower arranging and fine arts that depict flowers are highly developed pursuits.

Japanese flowers are known all over the world for their beauty. Each year, millions of visitors to the country travel to special places just to view particular flowers like the cherry blossom, roses, plum blossoms, and wisteria.

Read All About It! Japanese Flowers and Floral Arrangement

Flowers of all kinds have played a central role in Japanese history. The chrysanthemum is an apt example: it has been the official national symbol for more than 1,200 years and currently adorns government seals, coins, awards and is even the central image on Japanese passports. Indeed, one of the most enduring classics written about Japan by a Western author is the timeless book, “The Chrysanthemum and the Bat,” a 1977 look at the importance of baseball in Japan.

“The Flowers of Japan” by Josiah Conder

But perhaps “the” classic text on Japanese flowers and the cultural arts associated with them, and one of the most comprehensive books about Japanese flowers and their social importance, is “The Flowers of Japan and the Art of Floral Arrangement,” by Josiah Conder. The gorgeous illustrations depict all the major flowering plants of Japan and demonstrate how the art of floral arrangement came to be and is currently practiced in Japan.

Author Josiah Conder traveled to Japan in the late 1800s as an architect who helped several local firms design buildings based on Western construction principles. He never went back to his home in Britain, instead choosing to live out the rest of his year among the Japanese. He studied flowers, art, flower arranging, and many other Japanese traditions.

What some might call a coffee-table book is really much more than that; it’s a walk through Japanese history with fascinating explanations of how the many national arts came to be and why they remain important today. Complete with breathtaking color photos and dozens of illustrations, Conder’s book is a must-read for anyone who intends to take a flower-viewing trip to Japan. It even makes an interesting read for those with a casual interest in the world’s diverse offering of flowers.

What are some of the top spring blooms in Japan that get the most attention from locals and tourists alike? The nemophila, peony, pink moss, cherry blossom, narcissus, and plum are just the beginning. Here’s a quick look at Japan’s top ten spring flowers.

Sometimes Japan’s famous flowers get lost in the rush of publicity and international interest in cherry blossom season. But there’s so much more to the country’s amazing panorama of incredible flowers, particularly the spring blooms. It’s a little known fact that flower enthusiasts in Japan can stay busy watching petals burst from their bulbs from the cold days of February until the early winter weeks of November.

Spring travelers can telescope their trip to a tidy two-week time frame and see almost every one of the popular spring flowers listed below.

These sparkling flowers are actually pink, purple and white. They are all over Japan but some of the most viewed groves are on Mt. Fuji. Travelers are advised to get to the mountain as early as possible between the last days of April and the first weeks of May to see the full beauty of the pink moss blooms as the early morning clouds drift away on Mt. Fuji.

Who doesn’t love the purple elegance of lilacs? The people of Sapporo love these blooms so much that they made them the official flower of the city, where they bloom later than anywhere else in Japan, in May.

Flower-lovers love plums because the blooming begins in January, as soon as the winter cold starts to abate. The Japanese call these plants the “ume,” and they are in full bloom well into the final days of March. Many of the big-city parks have special groves of plum trees alongside cherry blossoms. There’s even a plum festival in the historic city of Kyoto.

The most popular of the spring flowers and some say the most beautiful, the cherry blossom is easily mistaken for two other spring blooms, both of which appear a bit earlier in the year: the plum blossom and the peach blossom. One way flower aficionados remember the difference is the length and shape of the petals. There’s an old Japanese saying that very loosely translates as “Plum has short petals. Peach has pointy petals. Cherry blossom has a cleft-shaped petal.”

Millions of travelers have planned vacations in Japan for the sole reason of witnessing “cherry blossom season.” The best times to see these amazing flowers span from late March to early May.

Here is another flower that is widely distributed around the nation. Hitachi Seaside Park, once again, is a good place for viewing these blue and white wonders of nature. They’re also known as “baby blue eyes” by flower lovers.

At the Ueno (in Tokyo) Tosho Temple’s peony garden, visitors are treated to more than one hundred different kinds of peony blossoms. The garden is an international affair, with flowers from Japan, China, the U.S., and several European nations. For those who are in Kansai, there are some thousand-year-old peony plants at Nara’s Hase Peony Festival. The festival also offers all kinds of cultural performances, open-to-the-public tea ceremony sessions, and delicious Japanese food.

Witness the incredible sight of purple, white and pink flowers dangling precariously from their branches at one of Japan’s wisteria locations, Tokyo’s Kameido Tenjin Shrine. It helps travelers to remember that a two-week visit to the Tokyo area during spring months will allow for viewing of hundreds of different spring flowers, not just the ten on this list. Traveling in late February or late May might mean you miss out on a few kinds of flowers, but any two-week period in spring is an ideal time to be in Japan.

Japanese narcissus blossoms are all the rage in Tokyo each spring, with massive displays of these gorgeous plants at Hitachi Seaside Park, just a two-hour drive from Tokyo. The white and yellow beauties are commonly called daffodils in the West, but the Japanese call them “suisen.”

The Japanese love azaleas, and the blooms can be seen practically everywhere, including at the Nezu shrine, one of Tokyo’s top spots for viewing more than 3 thousand azaleas in more than one-hundred varieties.

Broad-petal tulips in a wide range of colors and varieties are another of the major spring blooms that can be seen in Hitachi Seaside Park two hours outside of Tokyo. One reason the park is such a perfect place for flower enthusiasts is its rolling hills and expansive groves of different spring flowers. Have your camera ready and don’t be surprised if you see five or six of the top spring flowers in Japan in this one location.

Depending what particular flowers you want to see, you can maximize your ability to view most of the ten on the above list by traveling to Japan from mid-March to mid-April, if you only have a few weeks free. It’s also a matter of where you’ll be staying. In the central part of the country during March and April, it’s possible to see most of the top spring flowers.

The farther north or south you go, to Hokkaido or Kagoshima, for example, you’ll need to move your travel dates forward or back in order to catch that area’s spring season.

Top flower enthusiasts advise bringing at least one or two high-quality cameras, a lens with decent telephoto capability, plenty of batteries and charging cords, as well as a listing of the flowers you want to see. Like bird-watchers, flower tourists in Japan are a motivated, informed bunch. It’s also wise to make a spreadsheet with bloom times, best locations and times of day for viewing each of the main spring flowers.